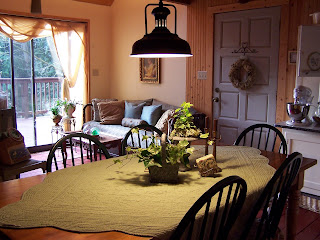 When I was a little girl, 'coffee klatches' were the main form of socializing for my Mom's generation. Mom always had one of her neighbor friends, sisters, or one of her two best friends, Helen or Janet over for coffee at least once a week.
She would get us off to school, tidy up the kitchen, and bake a coffee cake. I remember her coffee percolator. It was electric, with a thick, black, cloth covered cord, shiny chrome metal, with a little glass nob on top where the coffee could be seen 'perking'. When it stopped perking up through the little glass knob, it would be done. I loved to watch it perk. 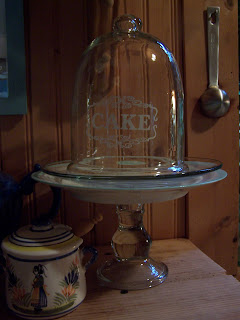 Mom's coffee cakes were divine. Moist, sweet, but not too sweet, with a cinnamon crumb topping.
Sometimes her coffee klatches lasted until I got home from school and I was invited to sit and chat with the ladies. They always had the most interesting conversations. Books they were reading, politics, husbands, a little gossip, fashion, current events.
There was usually a couple of pre-schoolers playing nearby or a baby in a carriage, 'sunning' on the porch. In those days, babies were put outside in net covered carriages for fresh air and a little sunshine.  I guess those were the days before Vitamin D was fortified in foods. 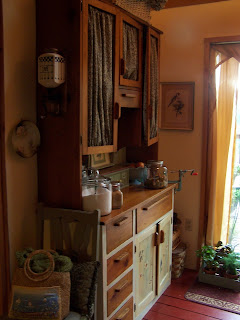 Mom would cut me a big slice of coffee cake and make me a cup of 'coffee milk'. She would pour a little bit of coffee in a cup, add some sugar, and fill the rest with milk. I felt so grown up. But soon, the conversation would turn to grown-up matters and the baby would start to fuss, so I was sent away for baby-sitting duty.
I was the eldest girl of 5. I learned very young how to run a house-hold, how to care for my younger siblings and cousins. I was also one of the eldest grand-daughters. There were many aunts and uncles and I was the prime baby-sitter for all of them and for the neighborhood. My earnings helped out at home.
But those precious times when I was allowed to join the 'ladies' at the coffee klatch made me feel so grown-up. 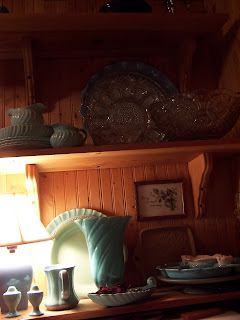 Those days are long gone. The ladies are all at work during the day now. Nobody has time to linger over coffee and cake all morning. 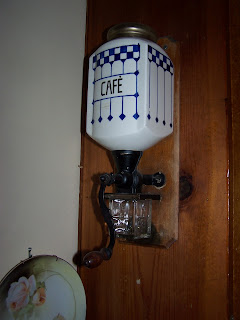 And that's a good thing. Women have control over their own lives now. But back then, they were dependent upon their husbands. And some of those husbands were not very nice. There was actually a 'rule of thumb' on the books. It meant that a husband could beat his wife or child as long as the stick was no bigger than his thumb. I am not kidding. Society frowned upon divorce and there was a lot of stigma with being a "divorcee' ". Other women shunned them. They wouldn't allow their children to play with 'children from a broken home'. It all seems so silly now. But it was reality back then. I am talking about the late 50's and early 60's.
My Mother was very fortunate. She had a loving husband who's main goal in life was to make his wife and children happy. 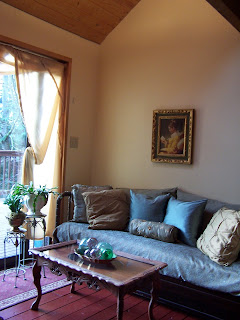 Back then, men ruled the world. Women only worked in certain professions and many of them only until they had children. Teacher's, Nurses, and Secretaries. Anyone who is a fan of the television series, 'Mad Men', will get an accurate depiction of how women were treated in the work place and at home.
Of course there were always exceptions. But they were not the rule. 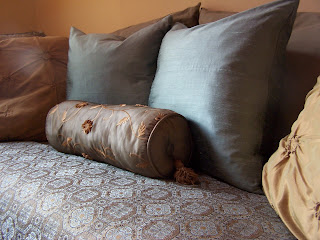 The world was rapidly changing as I grew older and became a teenager. 'Woman's Lib' was just beginning. 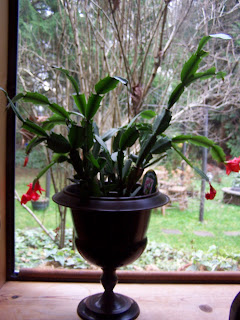 But they were still teaching Home Economics in High School. There was a club called "The Future Homemakers of America".
I took full credit classes in sewing and cooking. An hour each, 5 days a week. For two years. All of my life I was training to be a proud 'Homemaker'.
But what I really wanted to be was a Veterinarian. I secretly wished it more than anything else on earth. I took college prep classes besides my 'Home Ec' classes, just in case my secret wish came true.
Alas, it was not meant to be. 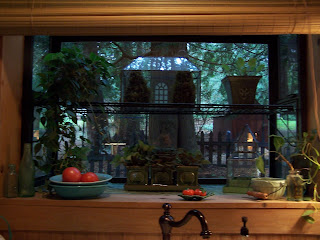 That window of opportunity was not opened for me. My parents didn't believe in educating a daughter. They felt that it would just go to waste. That they would educate me and then I would end up getting married and having children and waste my education.
Women's Lib came too late for me.
But I absolutely have no regrets.
I married a wonderful man. I have had a fulfilling life with many adventures. I dearly love my family.
But I raised my children differently. I wanted them to understand how important it was to follow their dreams. Especially my daughters.
And they have. 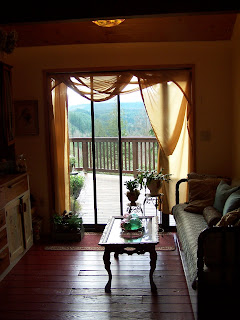 And for that I am happy. I was fortunate to be able to stay home with my children. Not many women have that opportunity these days. But the good news is, women have choices today. They have control over their destiny.
I could have gone to college, after I was married. It was my choice to stay home with my children. Hubby would have supported whatever I wanted to do. But practicality ruled my choices. Child care was not an option on our limited budget.
And it worked out the way it was supposed to. I made the absolute best of my situation. I enjoyed my life as a wife and mother.
But I did get to go to night school, once my children grew up. I took computer classes.
You are never too old to learn.
What have you learned today?
Posted by Karen @ Beatrice Euphemie at 12:32 PM