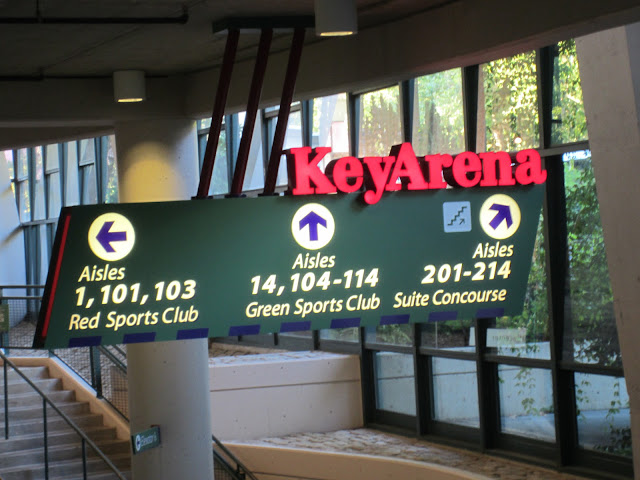 Our group, 'Tim's Cascade Snacks' (Hubby's employer), is a sponsor. 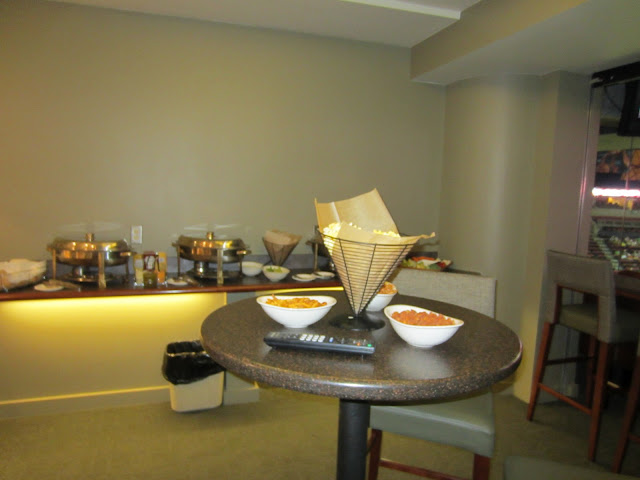 On the hottest day of the year, we were treated to a private, air conditioned suite, fully catered.

There is nothing quite so special as getting your game hot dog from a heated, silver serving dish! 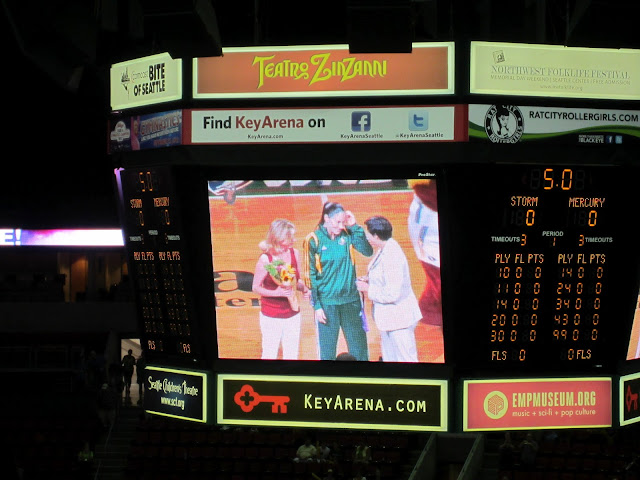 Of course, the highlight of the game was seeing Sue Bird play! Here she is getting a personal welcome before the game and a congratulations on her most recent gold medal at the London Olympics.

Sue Bird has won Gold Medals at the last three Olympics, including the 2008 Beijing games and the 2004 Athens games for Women's Basketball, representing the United States.

She has been with the Seattle Storm since 2002.

Before that, she was a 3 time winner of the prestigious Nancy Lieberman Award as the Top Point Guard in the Nation in college at the University of Connecticut. 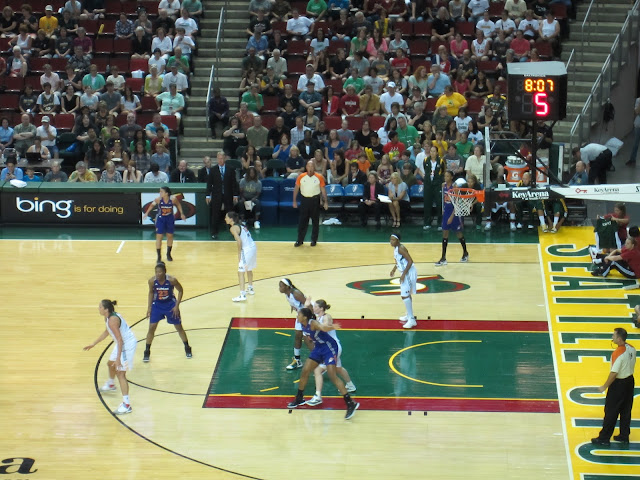 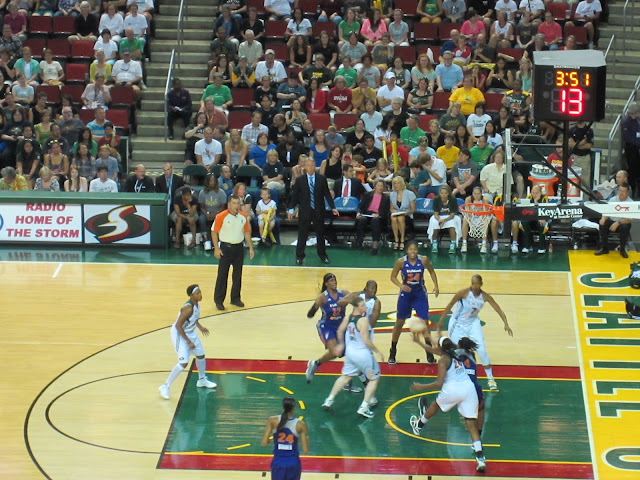 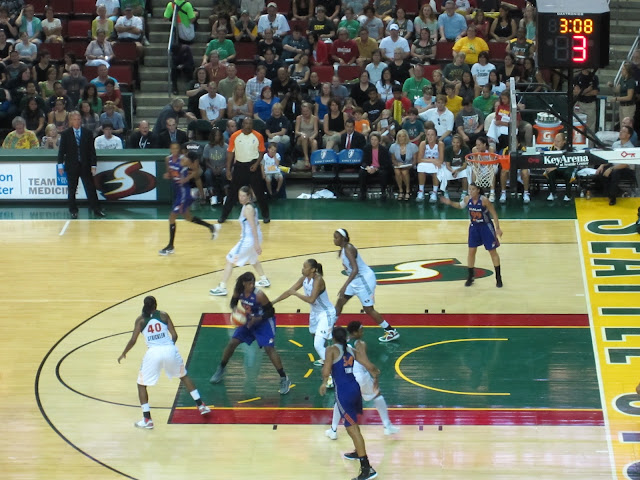 These ladies don't mess around! The game was very exciting as our team (in white) kept the lead, but in a very close game. 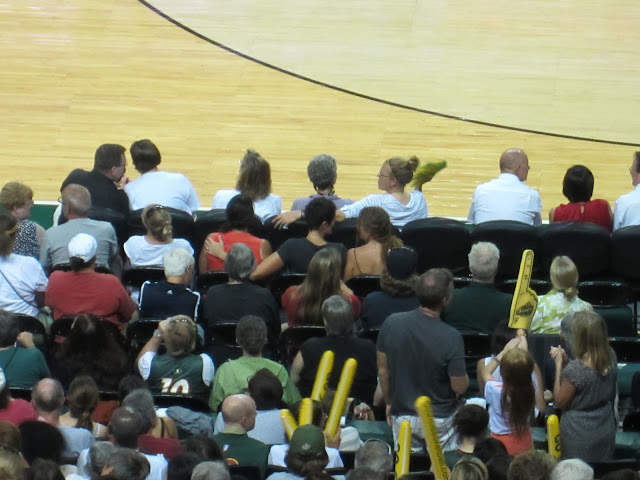 Fans filled the stadium with yellow batons which they shook in the air whenever we scored. 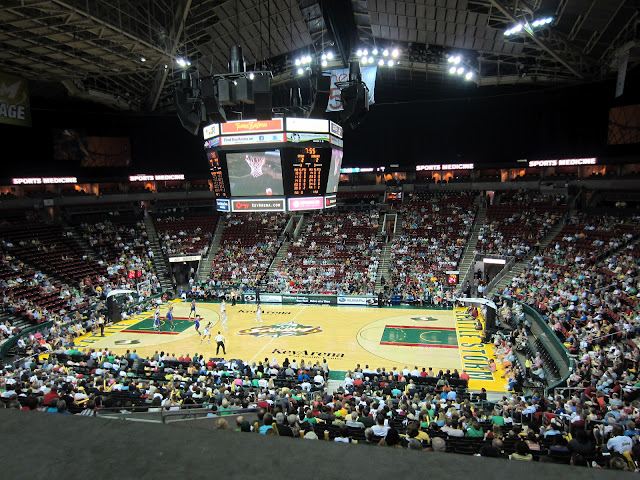 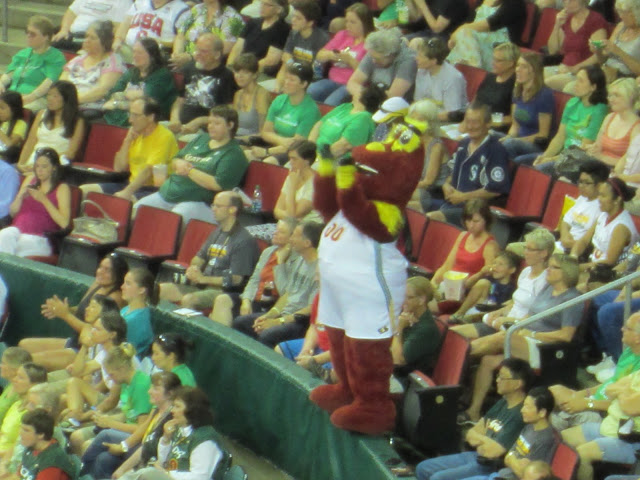 At every break in the game, the mascot would run onto the court and form a conga line with all the children. 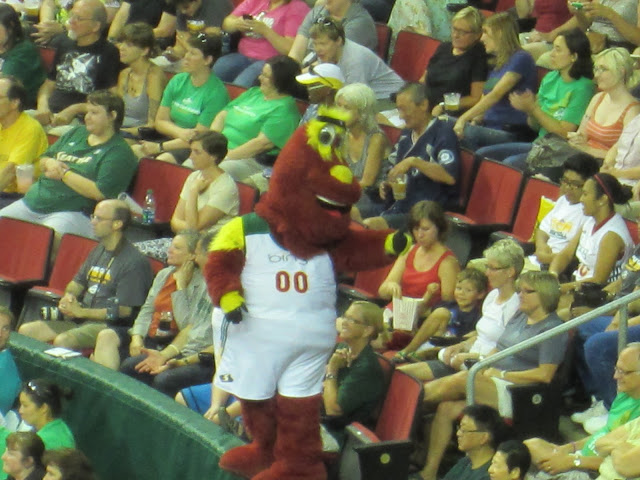 Whoever was last in line would get carried sideways back to their seat.

So much fun for the little ones! 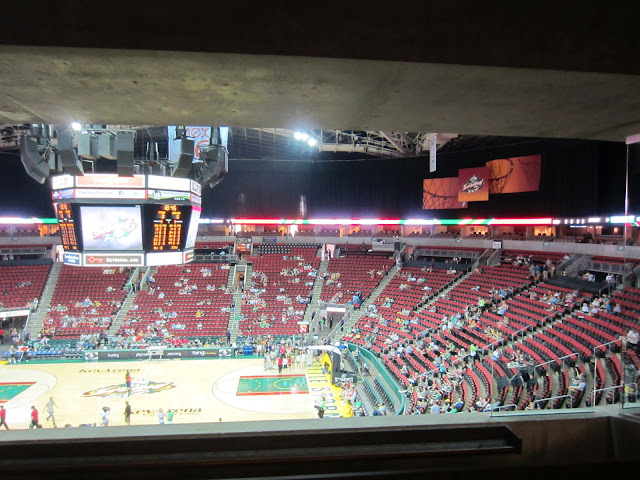 Of course we won, and as the last of the fans left the stadium, we lingered for some ice cream sandwiches and a little 'catching up' with friends and colleagues. 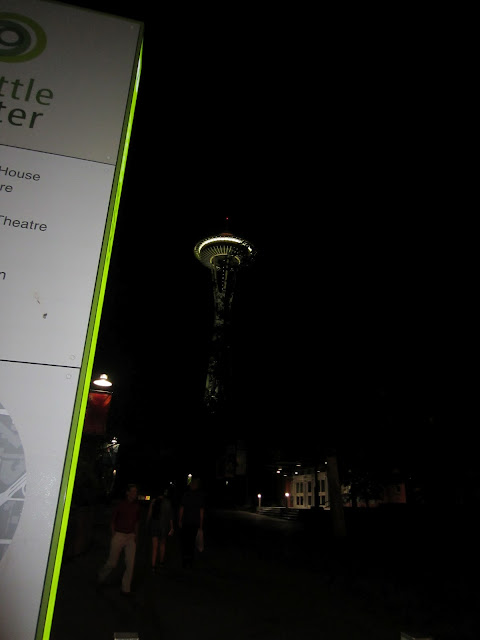 We walked out into the balmy Seattle night, with our iconic Space Needle lighting the skyline above us.
(You can see our little group with Hubby in the khaki's and red shirt)

Email ThisBlogThis!Share to TwitterShare to FacebookShare to Pinterest
Labels: Adventures