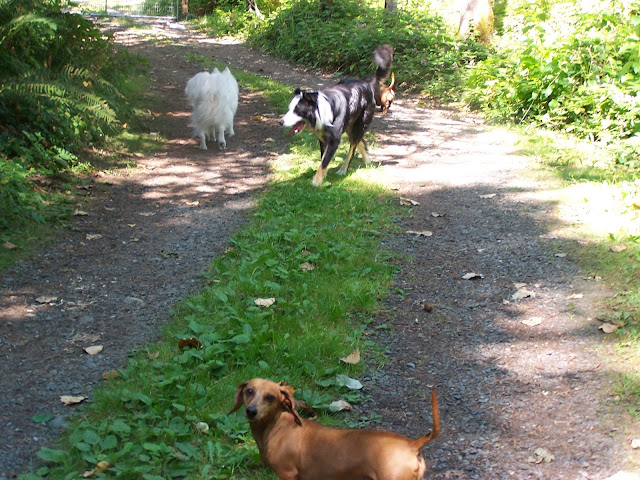 Now that all the construction is over, I am enjoying my peaceful days.
Even the dogs have been peacefully co-existing! You can see Peanut here in the front 'posing' for the camera. She is our little Diva. This little half-pint rules the roost. 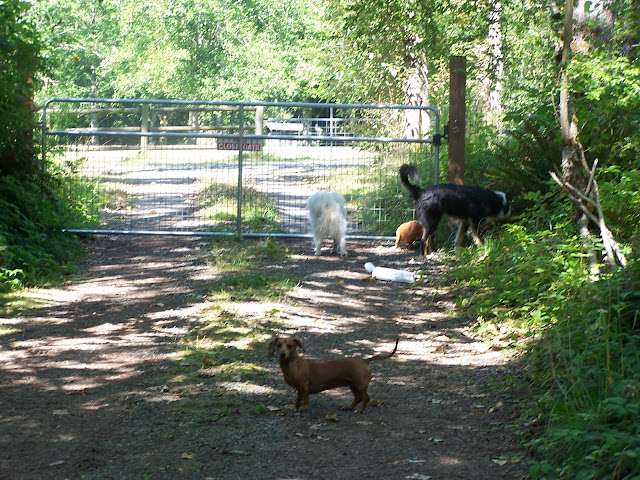 When my daughter brought them to me this weekend to pet-sit, the kingdom was not so peaceable at first. My new dog, Champ was not willing to share his domain with the likes of these two little Diva's. I had to keep them separated.

When they came face to face between the fence, there was lots of snapping and growling and opinions being told.
But I knew they would eventually get along.

They had to establish who was 'top dog' first.

And guess who that would be? 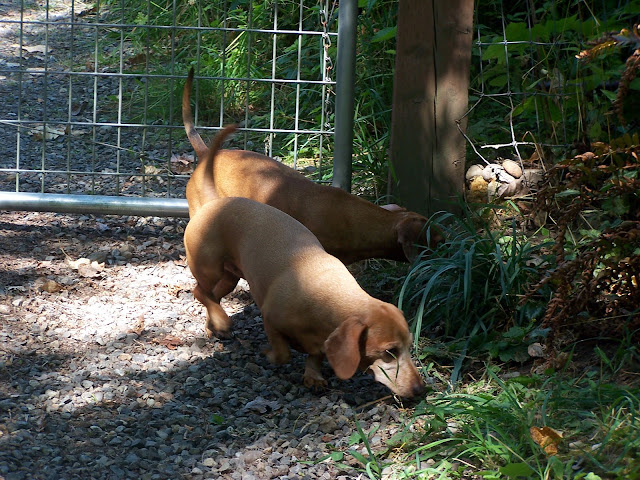 Yes, that would be Miss Peanut, with her little sister Weenie Baby coming in as the running mate!

Champ didn't have a chance!

So like any good mannered Gentleman, he deferred to the Ladies. 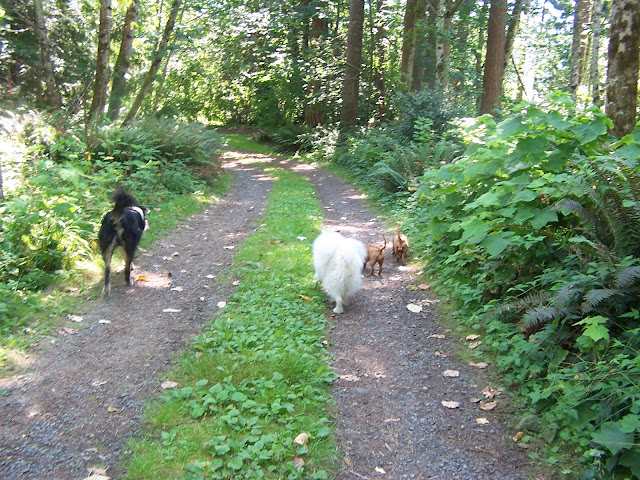 This is a very big step for Champ. This poor fellow was locked in an isolated pen, alone and neglected for most of his life until he was rescued by the Pacific Northwest Border Collie Rescue.

He was never properly socialized to get along with other dogs or people.

When you do that to a dog, keep him in isolation, and never give him any attention, he becomes very aggressive due to fear.

But his foster 'Mom', Joy knew there was a loving dog deep inside and she worked hard with him for nearly a year to train him and socialize him. She said it was one of her most difficult cases.

She didn't think there would ever be hope of adopting him out.

But as you can see, all of her hard work has payed off. 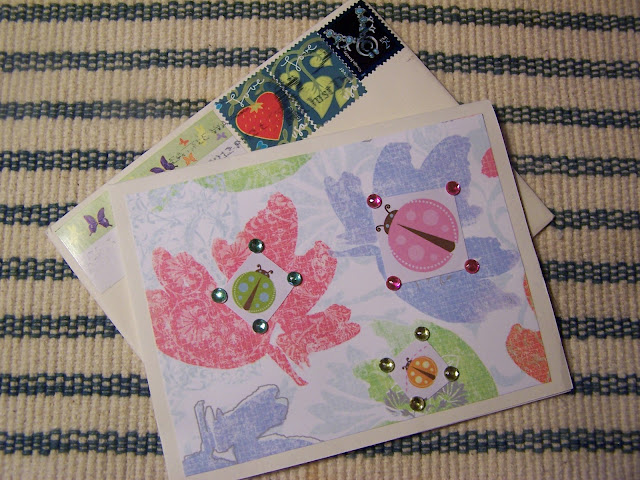 Just yesterday I received this heartfelt card from her, expressing her happiness that Champ has found his 'forever' home.

She said she was so afraid she would get 'that call' telling her she had to come and get him.

But instead, I have written to tell her how well he has done, what a wonderful job she did with him, and that we have fallen completely in love with this remarkable, courageous and loving dog. 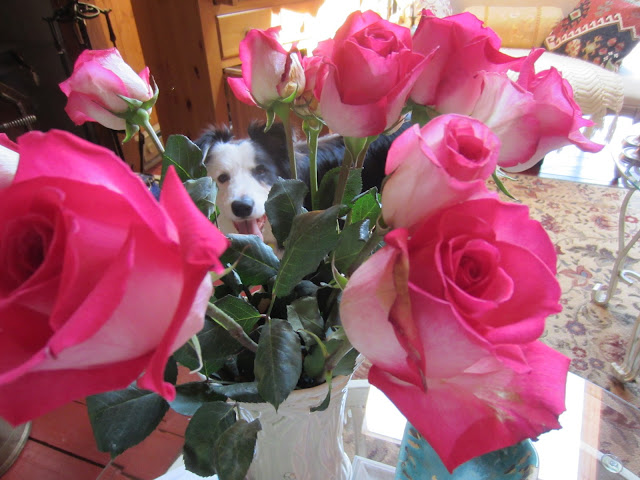 He really has captured our hearts. 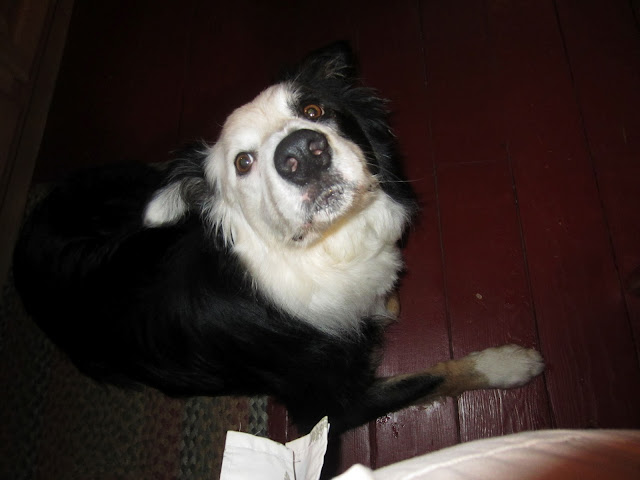 I think the feeling is mutual.
Posted by Karen @ Beatrice Euphemie at 8:08 PM