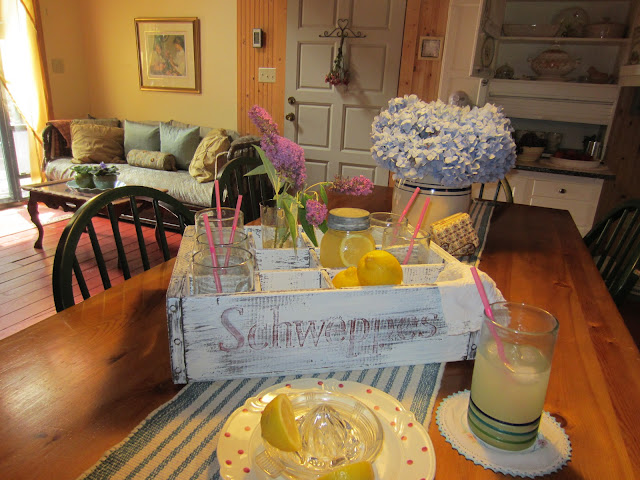 Today I am linking with the most wonderful blog!

Stop by and visit this creative and inspiring blog! 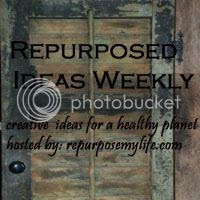 I had an old soda crate in the shed that I had completely forgotten about until Hubby brought it in to me, covered in dust and cobwebs, and said, 'Uh - hey, can I use this for my nails?'

'Not on your life', I said, as I grabbed it out of his greedy hands and clutched it to me, cobwebs and all.

Hubby rarely argues with me when he sees that glazed look in my eye as I mentally envision a make-over. 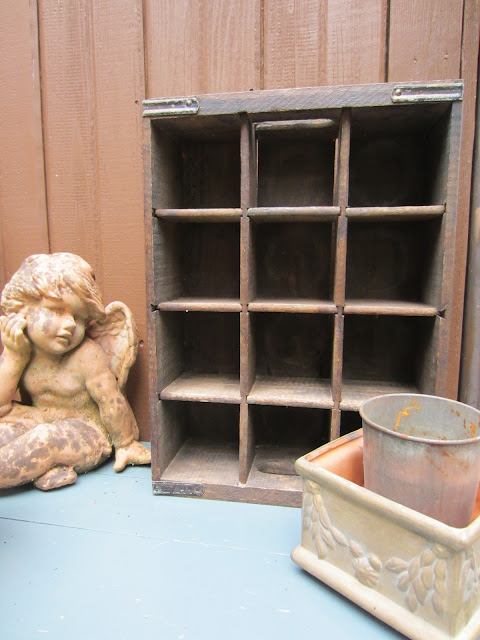 After a little cleaning, this is what it looked like. Stained a dark brown, it looked worthy of only the dark recesses of the tool shed, but I had a plan. 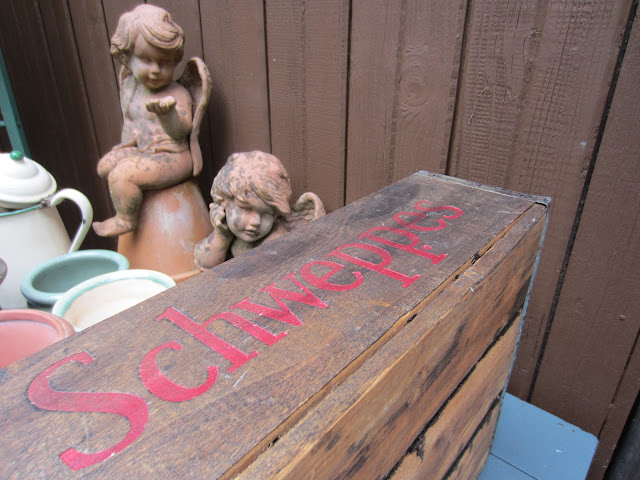 Do they still make Schweppes Soda any more? 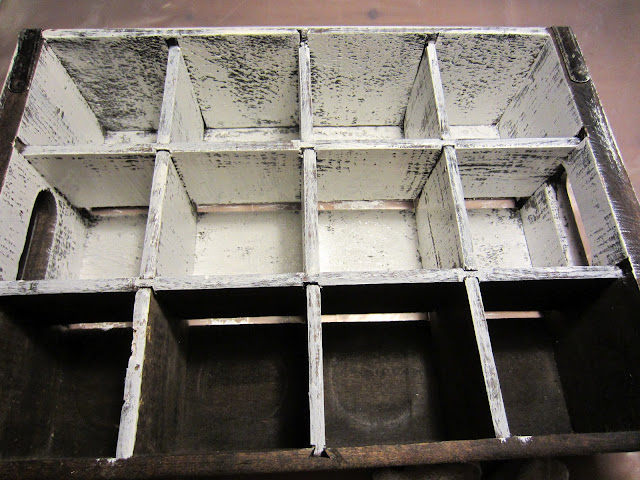 I began by giving it a thin coat of latex primer.
I used KILZ Premium - Interior/Exterior- water-base Sealer - Primer - Stainblocker

As I lightly brushed it on, leaving some of the dark stain to show through, I decided that I liked it that way.

It was just enough to give it that 'left out to weather on the side of a building for decades' look that I was after. 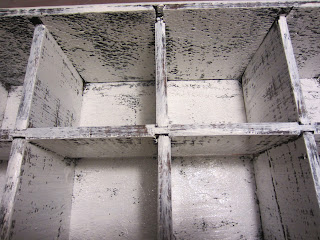 Using very light strokes and brushing against the grain brought out the variations in the rough sawn wood.

The primer dried with the chalky, dull look of old weathered paint.

I have used primer mixed with enough wall paint for color, to give furniture that same chalky,weathered look. 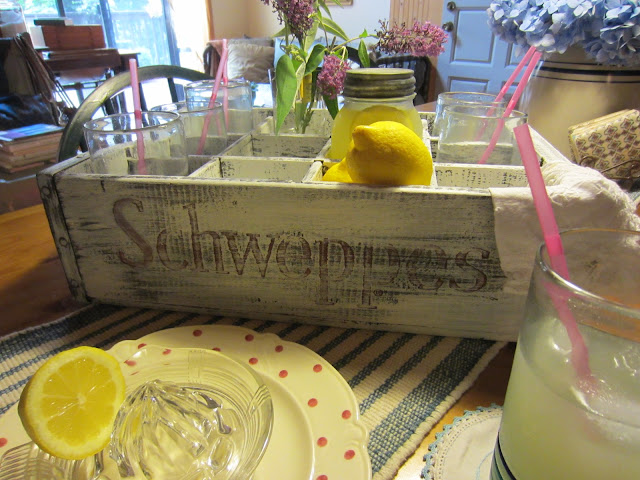 I used a very light touch over the stamped label.

Primer is not as easy as paint to wipe off.

So the brush strokes need to be light. 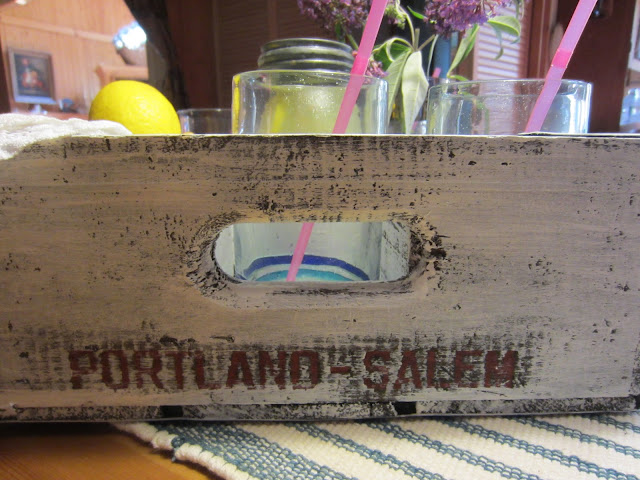 This crate came from Oregon where we lived in the late 70's. A little memento of that special time in our lives when we were starting a family.

Crates were 'furniture' back then.

We were so poor and didn't even know it.

It was such a happy time. 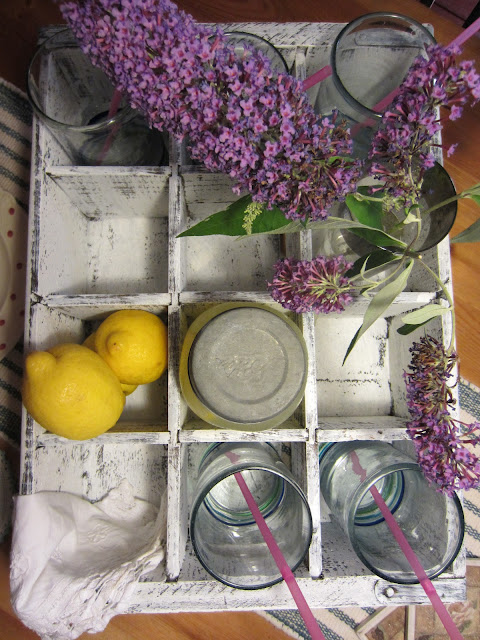 And now, once more this little reminder of those lovely family times
can again be put to good use. 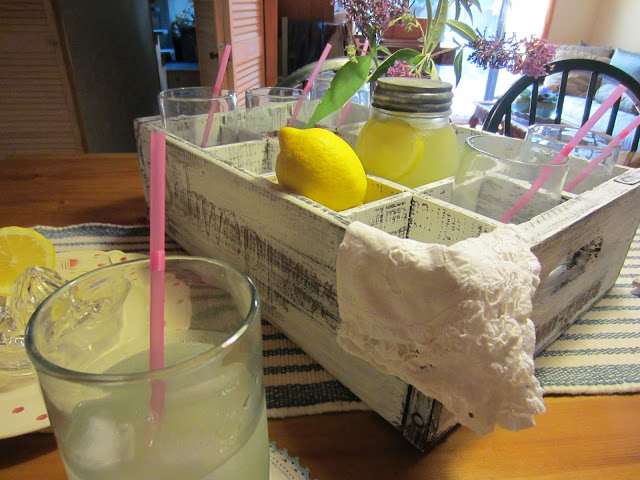 For serving up some love and lemonaide.
﻿
Posted by Karen @ Beatrice Euphemie at 11:48 PM