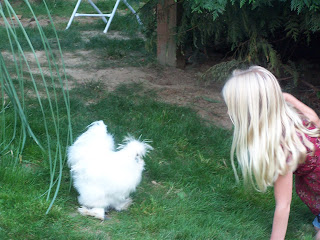 I have had the silliest of dreams the last few nights.
Last night I dreamed that Hubby came home with 3 chickens in his arms. I said to him, 'Only three? You know we will need 4 because we have 4 grandchildren! And this means you have to build a Chicken coop and a play house!'
The funny thing is......I have no grandchildren yet. But I do have 4 adult children.
I guess it remains to be seen if this dream comes true.
But chickens?

The night before, I had a dream that Hubby and I were staying at our favorite resort in Phoenix, Arizona in a little Casita all our own.
And inside the little rooms, tucked onto shelves and placed on benches and chairs, were baskets of nearly finished embroideries.
There were colorful blouses and skirts, purses and wall hangings. 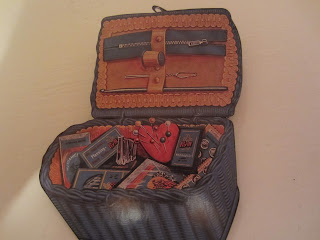 And in each basket were the supplies to finish them. 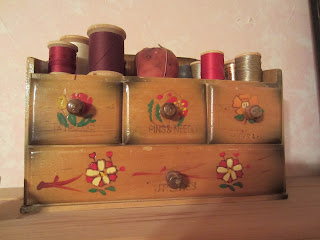 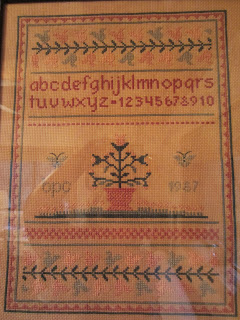 Sometimes my dreams can be quite astonishing. Like the recent one I had about a little green apple. In my dream, I had visited a dusty, dark storage building. Inside were items that belonged to my Mother before she passed away.

I searched the shelves for some small memento to take home with me. I was being rushed, as the daylight was fading and there were no lights.

And there on a far shelf in the back was this little green apple pincushion, made of cotton with a little calico leaf.

My Mother and I used to sew these for a shop we had together long ago.

I clutched it to me, a little treasure, the one thing I had chosen. 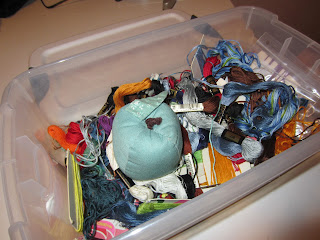 I had forgotten about the dream, until a few days later when I went searching for some embroidery thread to make my thistle embroidered jacket.

I had a little plastic tote full of embroidery thread that I hadn't used in years.

And when I opened up the tote, there on top was the little green apple of my dream!

And in that moment, I knew my Mother was looking down on me. 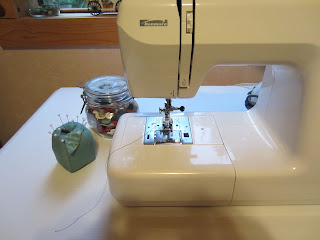 When we made the little apples, it was a time in our lives when we were very close. 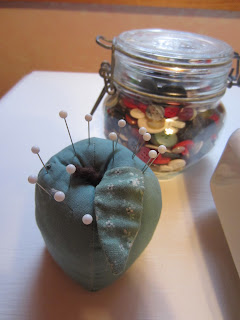 I keep that little apple next to my sewing machine now. A sweet reminder of those precious days, and the mysteries of dreams.
Sometimes it is not our own dreams that speak to us, but the dreams of others.
Shortly after my Mother's funeral, my youngest son called me.
He had a dream, he said. A dream about his Grandmother.
In the dream, he was driving towards her home. But as he turned onto the final road, he came upon a car on the side of the road. It was a vintage car of the '50's, and inside two young women were calling for him to approach. 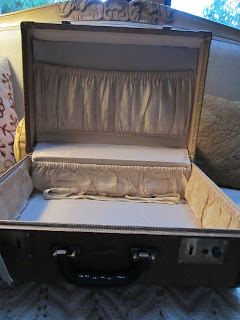 When he walked closer, he could see an old suitcase in the back seat. And in the passenger seat, the young woman called out to him, 'It's me, it's Patricia, your Grandmother!' She introduced the driver, a woman he had never met, but whom he knew of nonetheless, as it was her older sister, Mary who had passed away when he was a tiny boy. 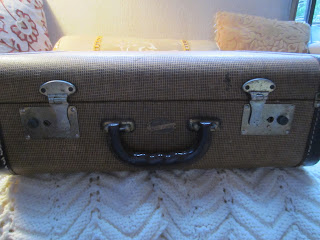 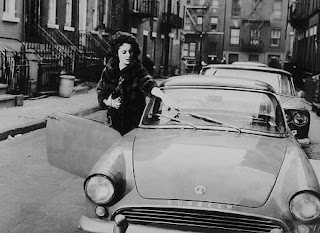 She got out and hugged him, and she was happy and laughing. She told him that Mary had come to take her on a journey. That she had packed her bags and she was ready to go.

And then my son described my Aunt Mary, whom he had never met. He described her exactly. 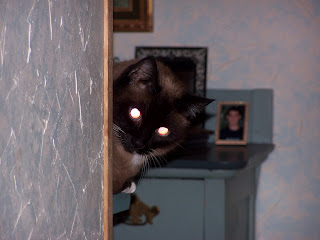 Sometimes dreams can give you cryptic messages. Once, a while back, I was struggling with a relationship that wasn't working out well.

I had doubts about this person's loyalties. But I couldn't decide whether I should give it one more chance.

And then I had this dream. In the dream, I had met a young mother with a small boy. I invited her to my home. While we sat at my table and enjoyed some tea, her little boy started writing on the wall. I got up to see what he had written. But a voice told me that, 'I couldn't read the writing on the wall.' And then I woke up.

It made so much sense. 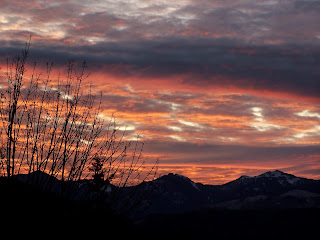 Where do dreams come from and where do they go?

Do they live on, regardless of the outcome?

Do they stay locked in the Dream Land playing over and over indefinitely?

Or do they fade away like a glorious sunset, once remembered, but forever gone.
Do you believe in the power of your dreams?
Posted by Karen @ Beatrice Euphemie at 3:41 PM