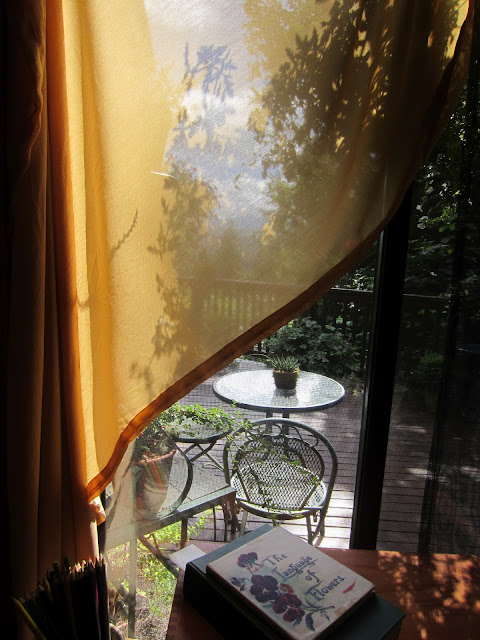 I love the way that the early morning sun streams in on cool September mornings. Did I say September?
Where did June, July and August go? 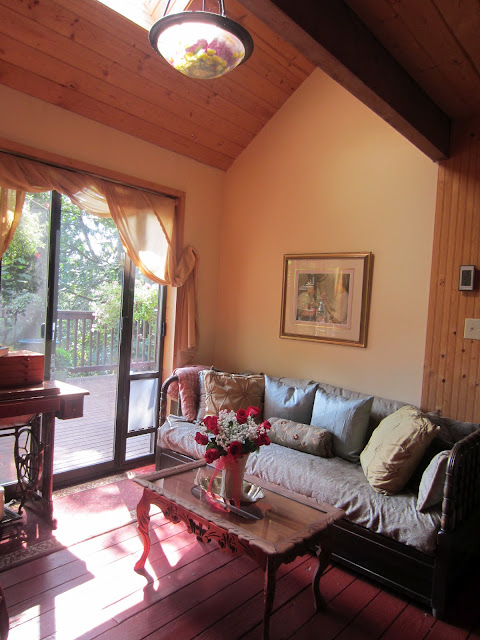 The air is noticeably cooler in the mornings and evenings and the light stays hazy . 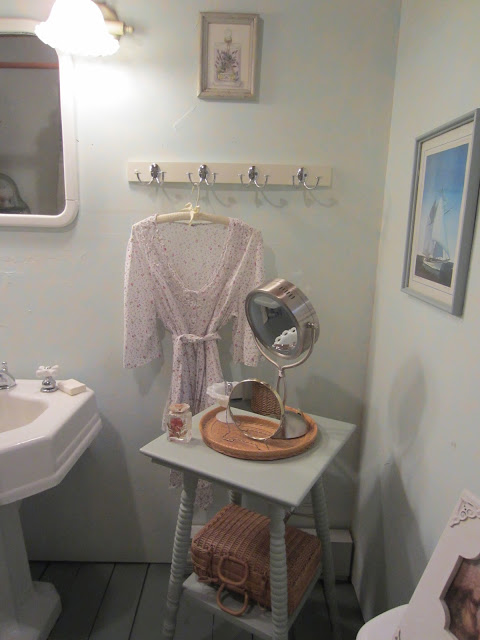 I turn the heater on now during my morning routine, to chase away the chill. 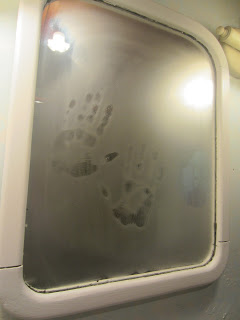 The cool air creates condensation on mirrors and windows. 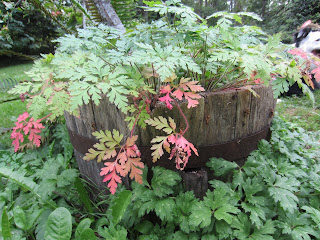 The first fall leaves are beginning to appear.
(Yes, that is Champ running in the background, a strange apparition!) 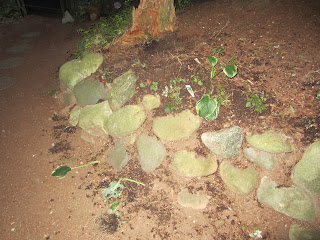 Speaking of Champ.......Bad dog!
There was a little rodent hole in this garden.
Not any more!
But it's o.k. That garden didn't amount to much anyway. 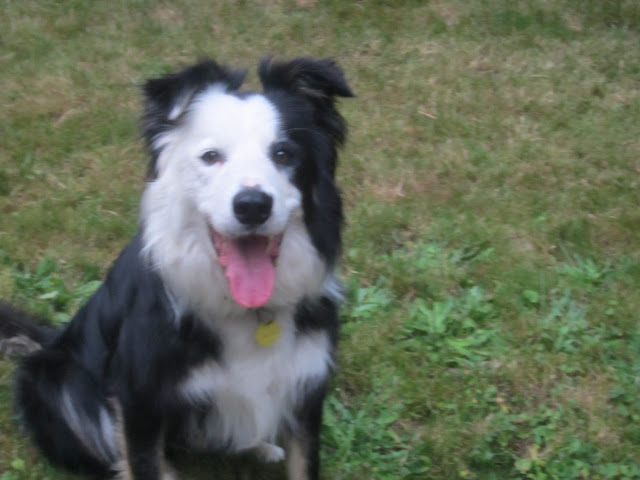 Who could get angry at that face?
In his mind, he was 'helping'. 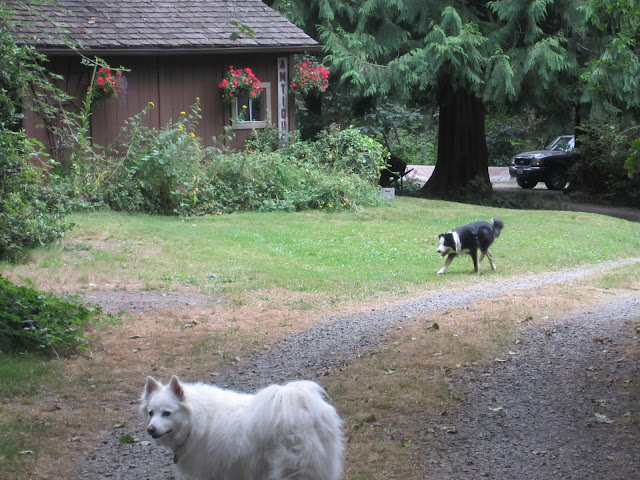 . And who is to say which one of these two was the guilty one?
They weren't saying! 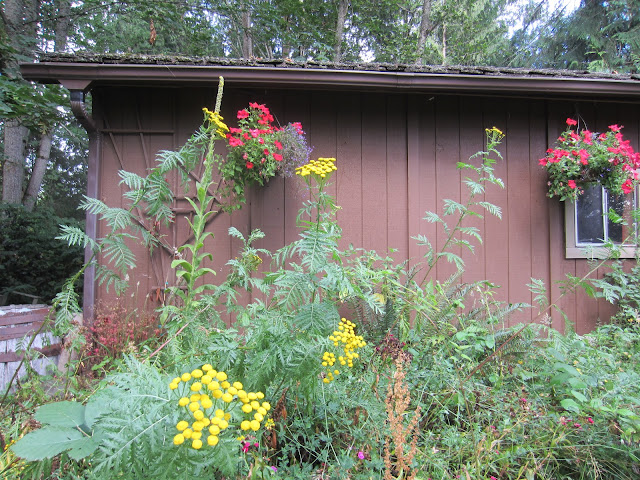 The gardens have gone to seed now, anyway. We have not had any measurable rain in 40 days.
I have been watering daily, but have to pick and choose as we have a well that gets low this time of year.
I rely on drought resistant and native plantings.
Every year our 'dry spell' lasts from the end of June until late October. 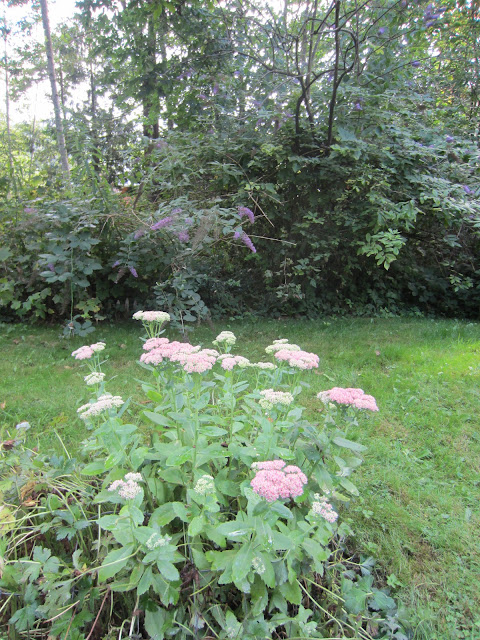 Sedum is one drought resistant plant that I love. Here it is just starting to turn color. It will continue to deepen into a lovely russet rose. The butterfly bush in the background is another carefree plant. Both are loved by bees and butterflies. The butterfly bush scents the whole property with the slightest breeze. 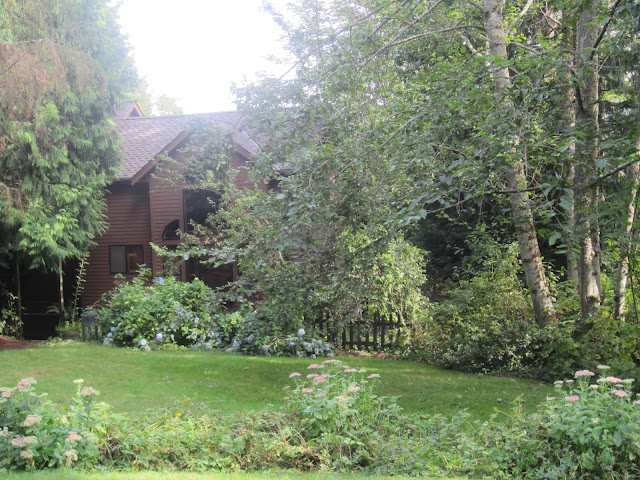 The lawn is still green even with no supplemental watering. This is a partly shady area and a natural drainage that stays damp long into the dry season. My hydrangeas by the fence rarely need watering due to being at the lower end in rich soil.
These 3 Sedum have been in this spot for over 10 years, getting bigger every year. Hidden among the foliage are bent 'domes' of wide spaced wire fencing to act as a trellis to support the heavy blooms, placed before the plants grew tall.
This winter Hubby will be trimming back these trees, as their branches have been damaged by last winter's ice storm and are bending down too low. 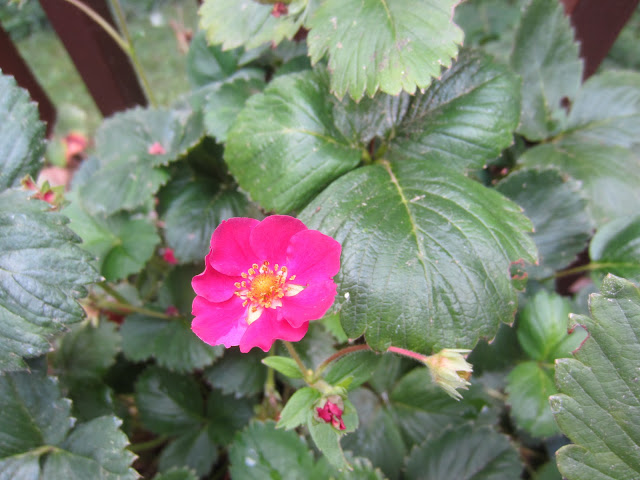 And now that the air is cooler, the strawberries are blooming once again. There are several small berries to go along with the blooms. 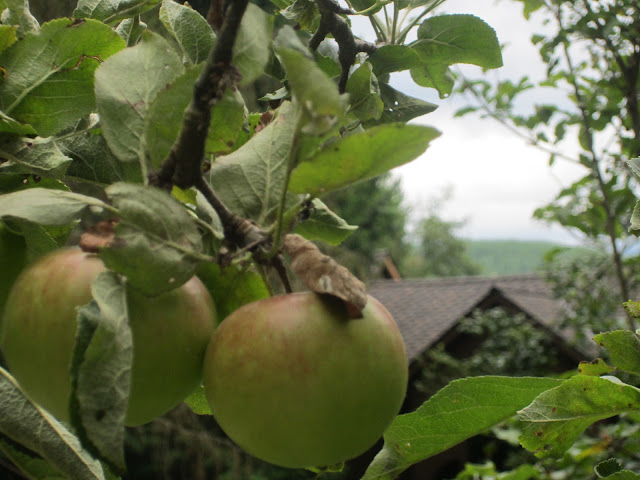 But one of the best things about this time of year are the ripening apples.
With cinnamon, nutmeg, and allspice, surrounded by pie crust!
So while I am sad that summer is waning, there are still some wonderful things to look forward to.
Apples, Squash, Black Eyed Susans, Sunflowers, Berries, Pears, Pumpkins
Turning Leaves
Sweaters
Pansies
What do you look forward to in September?
﻿
Posted by Karen @ Beatrice Euphemie at 4:58 PM