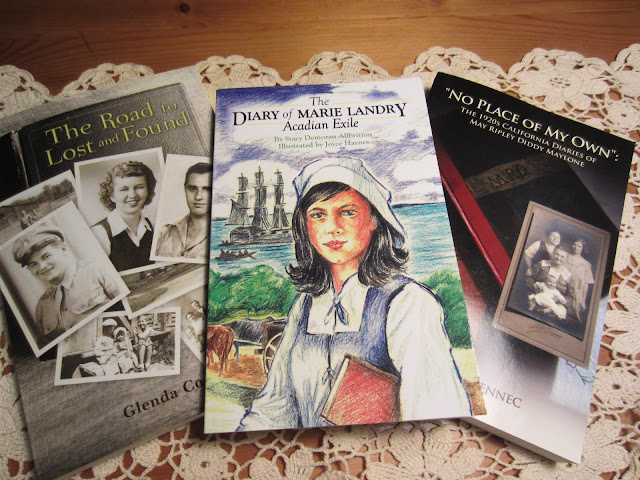 Recently, I was very honored to be asked by a fellow blogger and author,
Stacy Demoran Allbritton
http://stacyallbritton.com/
to read and review her wonderful book,
"The Diary of Marie Landry -Acadian Exile".
At the same time, I had just recently read a great book by one of my fellow 'Reader Columnists' at 'The Tacoma News Tribune',
Glenda Cooper,
gcooper8612@comcast.net
who wrote "The Road to Lost and Found".

Previous to that, I had read another fellow blogger,
Christine Laennec's
http://christinelaennec.co.uk/
touching published diaries of her Great-Great Grandmother, 'May'.
"No Place Of My Own":
The 1920's California Diaries of May Ripley Diddy Maylone 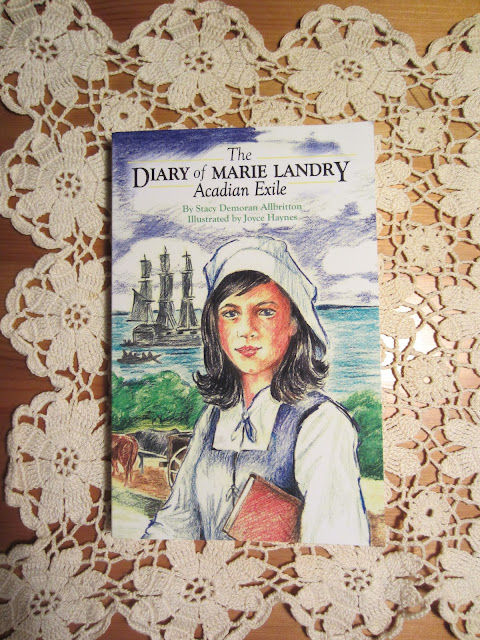 "The Diary of Marie Landry - Acadian Exile", by Stacy Demoran Allbritton
begins in 1765 with the gift of a journal to 14 year old, Marie Landry.
Here we are brought back to a little-known piece of American History, the resettlement of the estimated 14,000 Acadian's of French descent that had settled in what is now known as Novia Scotia, Canada throughout the 1600's and 1700's, through the reminisces of Marie in her diary.
The Acadian's were primarily farmer's who intermarried with the friendly local native tribe, the Micmac.
But during this time, the British fought the French for this land. Acadian resistance leader, Joseph Beausoleil Broussard eventually admitted defeat to the British and the new Governor of the newly named Novia Scotia called for the expulsion of all 14,000 Acadians.
This led to a great exodus to various lands, including the Eastern Seaboard of the early American Colonies where the story begins with 14 year old, Marie.
Eventually, many of the Acadian exiles migrated to Louisiana, led by Acadian leader Joseph Beausoleil Broussard.
Many families were broken apart during this exodus, never to be reunited again. This begins Marie's story.
Marie remains strong and hopeful throughout her harrowing ordeal with her remaining family. As unwanted exiles, considered second class citizens - to the sufferings of death and disease on board vessels on the eventual journey to Louisiana, Marie's youthful and resilient voice shines through.
This is an excellent book to read if you are interested in History and Early American life and makes a great gift for all ages.
I do love reading about how our country was formed and the people and places that shaped our history. This is a part of our Early American History that I knew little about, told in the charming and ever resilient voice of young Marie Landry. 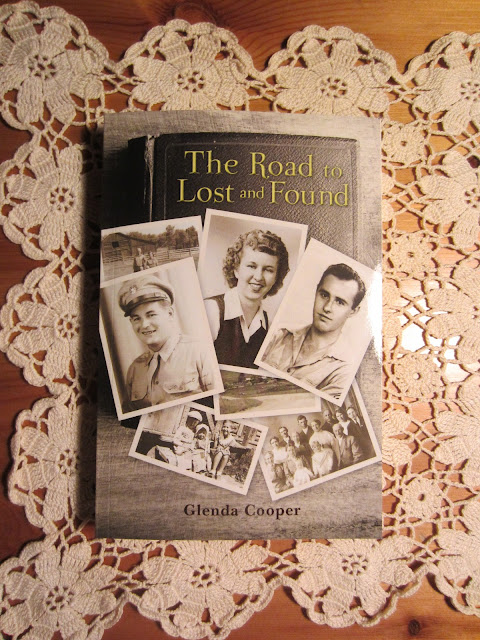 The next book in the trilogy is
"The Road to Lost and Found", by Glenda Cooper.
Glenda is a Reader Columnist at the 'News Tribune', http://www.thenewstribune.com/opinion/columnists/glenda_cooper/
and her book reads like a family saga that takes place primarily during the lifetime of the family Matriarch, who now lives in an Assisted Living Home with Alzheimer's Disease.
The main character, Cat, struggles with her past and the mysteries surrounding her birth Father's absence from her life. Her Mother's Alzheimer's Disease prevents her from knowing her past, but when her Dear Uncle comes to town to visit his sister in the Assisted Living Home, his presence sparks memories for not only Cat, but for her Mother and Uncle, also. Weaving memories past and present, Cat goes on a journey of family history that will keep you turning the page, wanting to know more.
This book takes place in the Pacific Northwest, with historical references to real times and events. From the family ranch in Montana, to a cottage in Washington State, you learn some interesting historical facts along with the day to day lives of the characters involved.
If you are interested in Family history and the many ways it connects us to the present, sometimes in ways we never expected, this book is for you. You are always seeing things through the eyes of 'Cat' the modern day Wife and Mother struggling to understand her Mother's life and therefore her past.
This story touched me as I have just lost my own Father to Alzheimer's Disease and I know what a treasure family history is.
A good book for long winter nights! 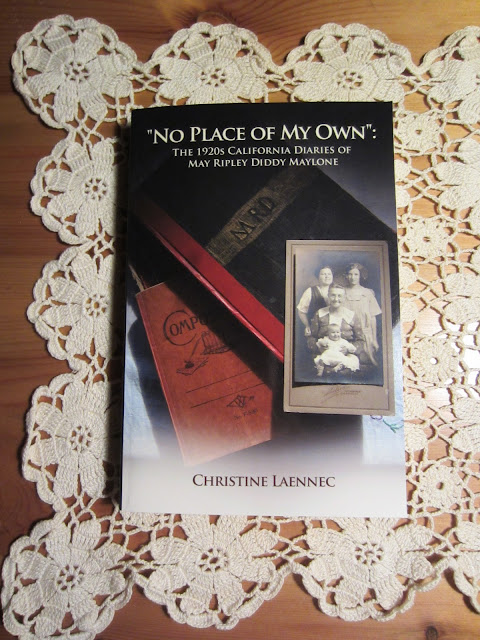 The third book in the trilogy is
"No Place Of My Own": The 1920's California Diaries of May Ripley Diddy Maylone,
by Christine Laennec
May's diaries recount her life in Northern California in the 1920's as she followed her husband George from one venture to another - homesteading, mining and piloting a river boat. Despite all of her hardships, May kept up hope that they would one day be able to establish a home. Written on the pages of ledgers and sometimes in the margins, May recounts a difficult life, but with a lovely sense of humor and gratitude for the simplest of life's gifts,  as her voice jumps out at us from the pages of this wonderful book.
We are brought up to date on the family history, from pre-Revolutionary America, through the Civil War, and May's early life at the beginning of the book. This leads us on to the actual diaries in May's own voice, giving us vivid recollections of the hopes and dreams and hardships she faces.

Beautiful vintage photographs accompany the pages of May's diary, giving us a clear picture of the lives of May and her family.
Written by May's great-great-granddaughter, Christine Laennec, we feel a true kinship with the family as we retrace the steps of family history through the voices of two very special members, May and Christine.
And as we read, we are reminded of the sacrifices and hardships that our ancestor's faced to pave the way for us. 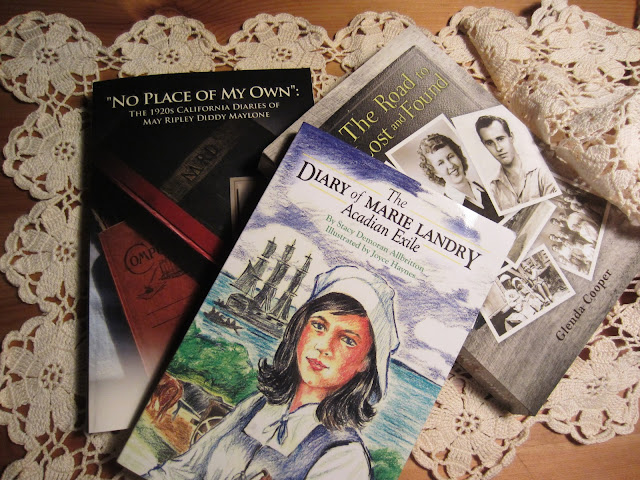 
http://christinelaennec.co.uk/mays-diaries/
If you are interested in purchasing any of these books, please refer to the links above.

They would make wonderful gifts for the reader's on your list, or a special treat for yourself.