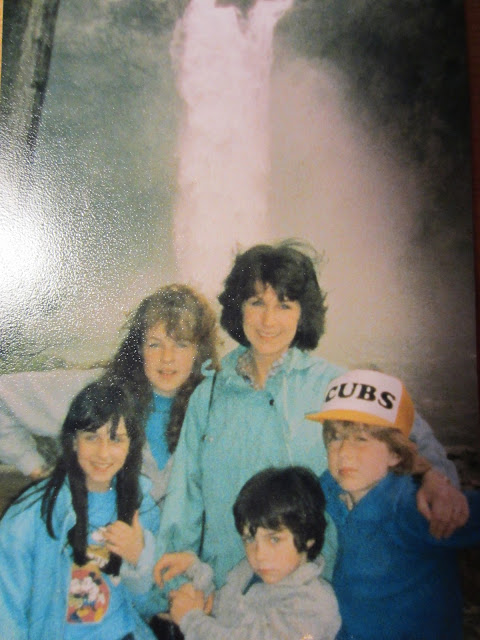 As a Mom of four, I was always running to keep up with my children.
This is a rare photo of me with all four.
The next moment, they were back in motion.
Like puppies, they never sat still unless they were sleeping.
Notice the firm grip I have on my son's shoulder.
And the other hand gripping my younger son's hand.
Holding them in place.
I must have said, 'Slow Down' a million times! 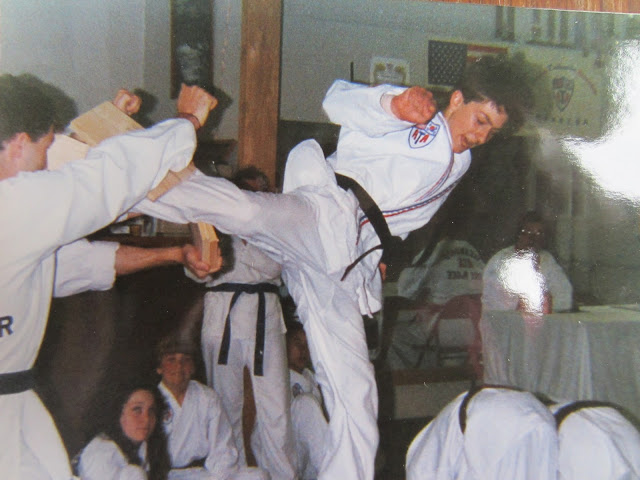 It was a challenge to keep their unbounded energy in check and pointed in the right direction.
For my oldest son Gabe, it was Taekwondo.
Yes, he is breaking a board after jumping over a couple of students,
and with bare feet, no less.
A mother had to turn a blind eye to any doubts. 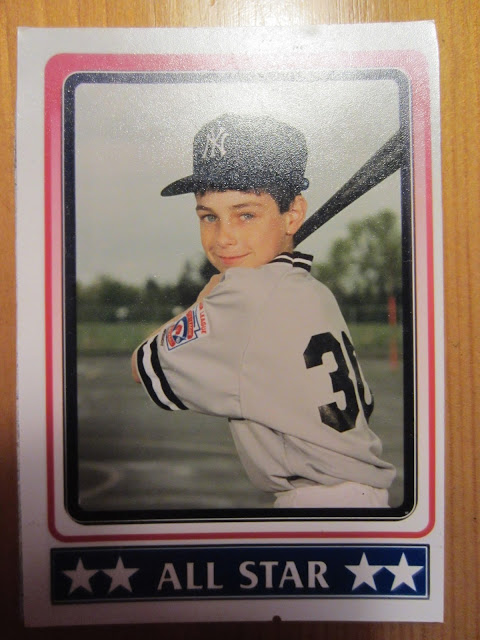 My younger son, Dustin expended his boundless energy playing baseball. As a pitcher.
Yes, I sat in those hard bleachers with the cold spring wind blowing against my face and hiding my eyes when that ball came hurtling past my little boy's face.
Luckily, he was a good pitcher and it didn't happen that often.
But he did get a black eye once.

My boy's also had another hobby.
Four wheel All Terrain Vehicles.
That they took across the creek and into that vast wilderness I look out upon.

I tried not to think about it.

I did insist on full body armor and sturdy helmets.

Oh, and did I mention the snowboarding habit? 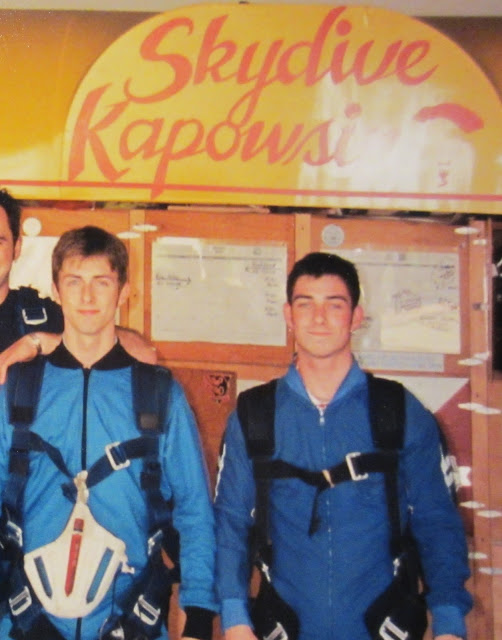 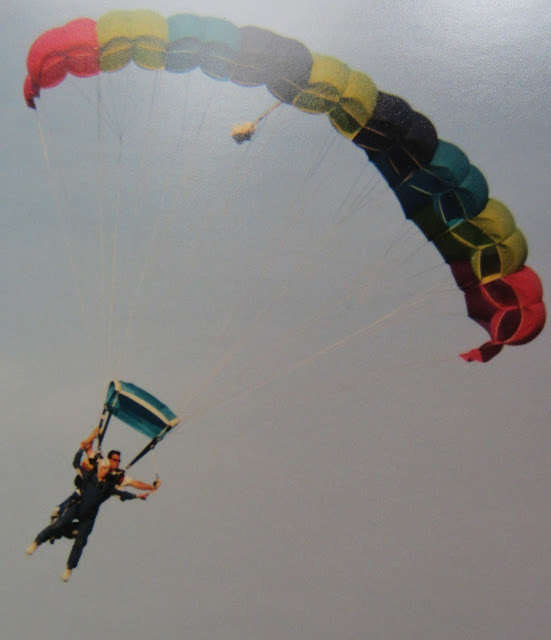 They didn't tell me about that until later.


And the para-gliding and the white water rafting and the bungee jumping and ...... 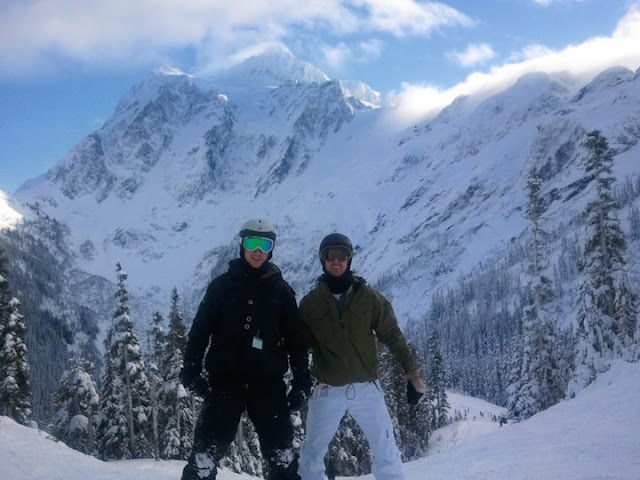 The skiing and snowboarding in the back country 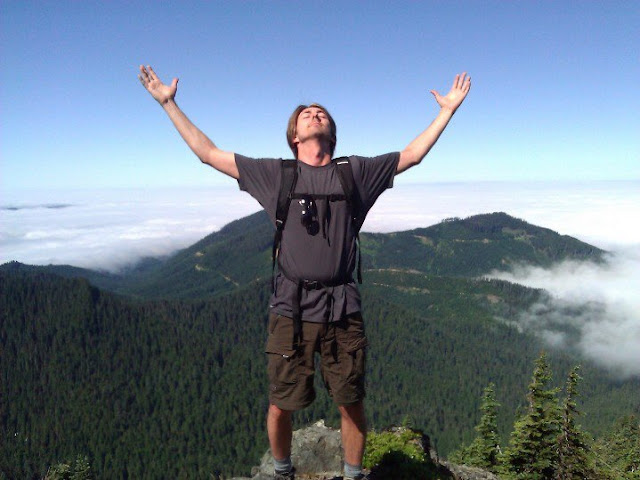 And the mountain climbing. 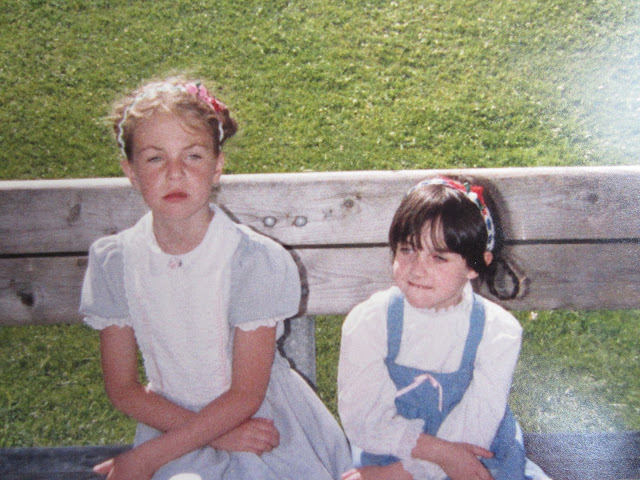 Don't let the innocence of these two little faces fool you!

They also gave a Mother's heart a run for the money. 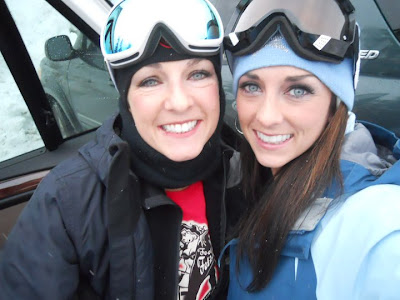 (And let's not even mention the driving and dating years!) 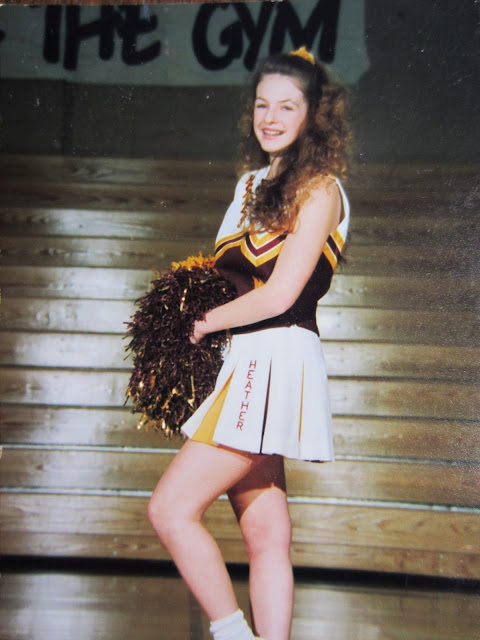 Here's the oldest, Heather, posing sweetly in her cheerleading uniform.

What you don't see is me covering my face as she is doing multiple back flips after jumping off the top of a pyramid. 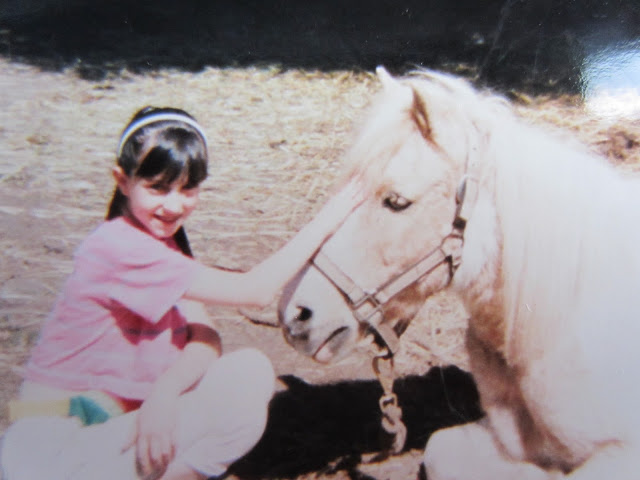 And isn't this a sweet little portrait of my youngest daughter, Jennie?

I prayed many a day as I watched her riding off into the sunset on Dusty, the very naughty pony, with her sweet cousin Erin on the other equally naughty pony, Freckles.

Oh, the tales they would tell of getting thrown off, or chased by dogs, or whacked in the face by tree limbs as they galloped along.

But despite my worries, they all grew up in one piece.

But with just as much energy! 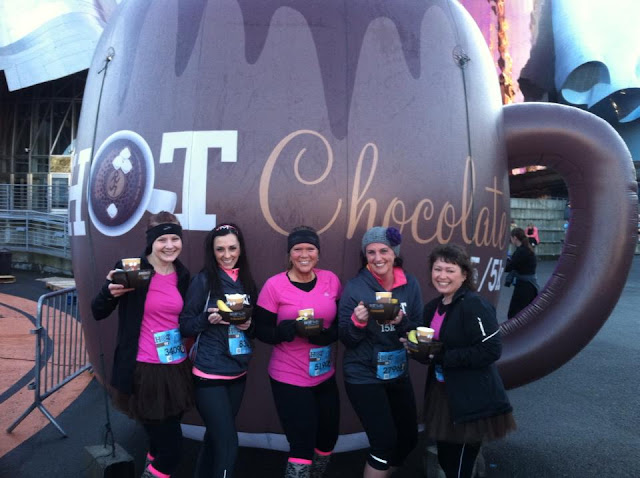 Now they've added marathons and charity events to their repertoire.

Here, 2nd from left is my daughter, Jennie and second from right, my niece, Erin getting ready to participate in the Hot Chocolate charity run in Seattle for the Ronald McDonald house. 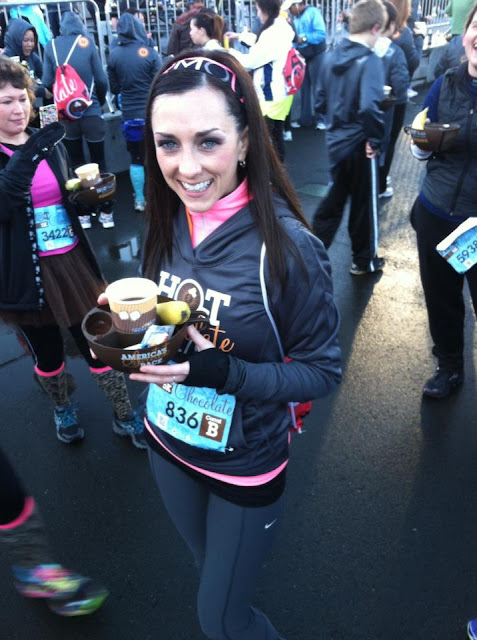 A little hot chocolate and fruit to jump start the day! 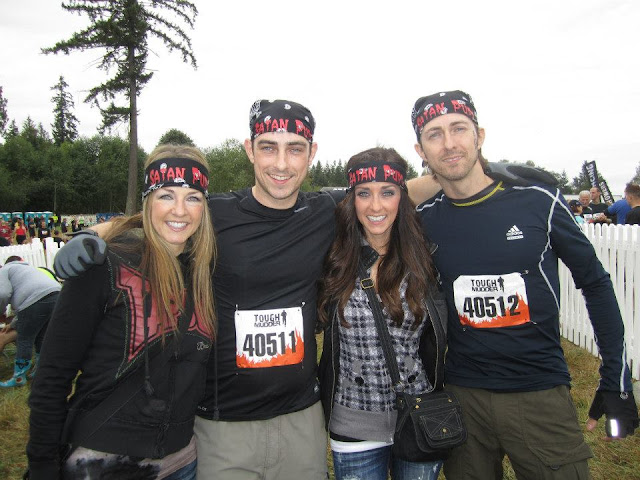 And here are all four getting ready for the Tough Mudder charity event for The Wounded Warriors.

(the girls are there for moral support) 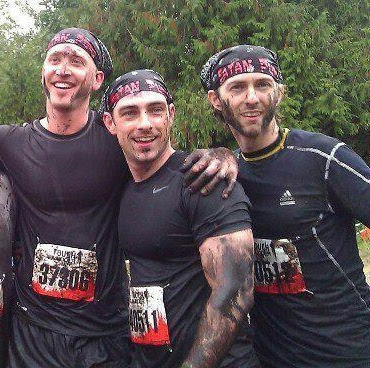 This was a grueling endurance event that raised money for our disabled veterans.

Eric is a proud former Marine and current National Guard soldier who works for the Veteran's Administration. 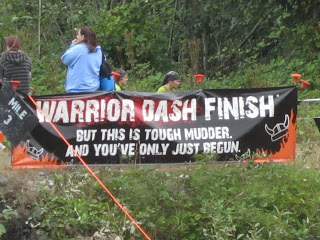 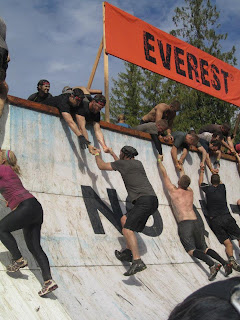 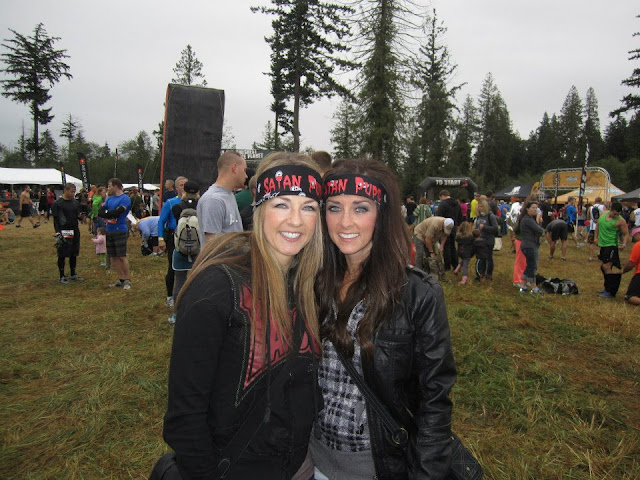 
Here they are posing in an earlier charity run for homeless shelters. 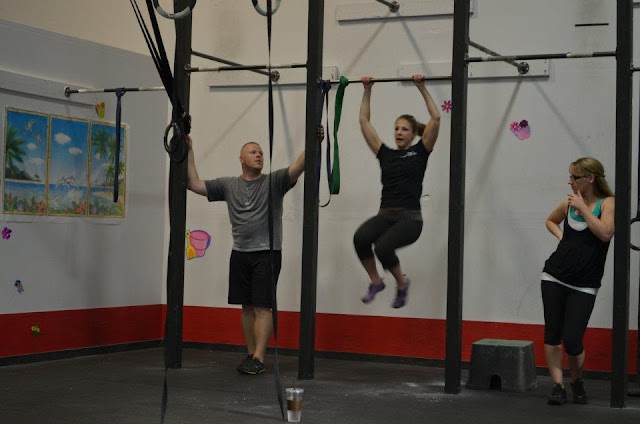 And here's my oldest daughter, Heather participating in a charity event to raise money for a cross fit team member who suffered a tragedy.

But this does not slow my little dynamo down one bit.

In fact, exercise is the best remedy.

She's determined to live life to the fullest. 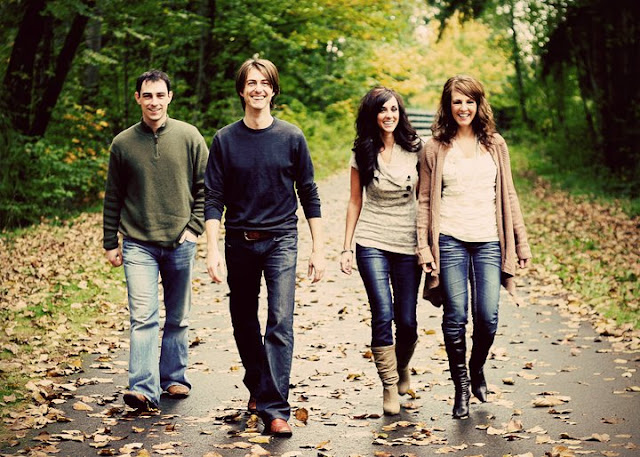 So even though my children are adults and I don't have to chase after them any longer,
A mother's heart is always following along.
With love, and yes, I do still worry.

But there is comfort in knowing that your children's hearts are in the right place.
Caring for the world in which they live,
and proving that with loving action.

I guess I can stop worrying.

Email ThisBlogThis!Share to TwitterShare to FacebookShare to Pinterest
Labels: Family