Celebrations as We Move Forward 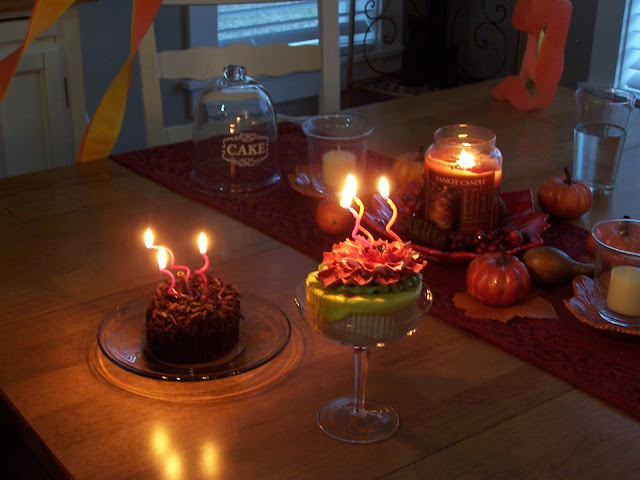 WELL! Today is finally election day! Does it seem like the campaigning never ends?
I mean, it starts right after the election these days!
Sigh.
I am happy that we get to vote, though.
I try to imagine a life where I am a woman without any rights at all, under a dictatorship and at the mercy of a society with total patriarchal rule.
Our brave young soldiers are fighting for those very women right now.
But it takes the will of the people to overcome centuries.
It might take longer than we have.
I am forever grateful that I was born here.
And I think of all the women who are not as fortunate around the world.
There is so much work to be done. 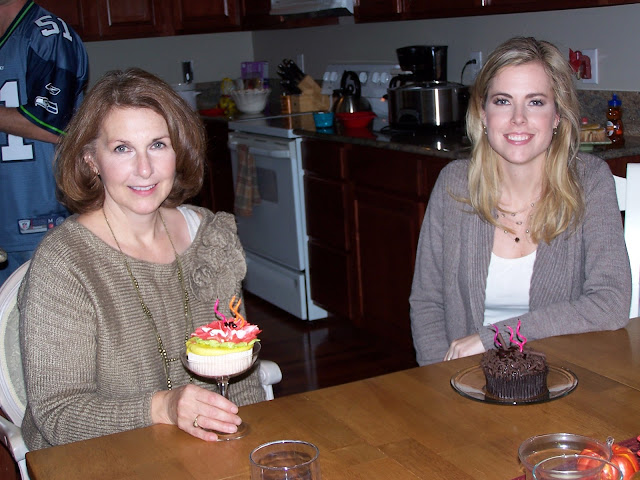 So here I am with my darling Erica. She is my oldest son Gabe's new bride and we are together celebrating our October birthdays. I know, it is November. There are 10 of us and it is hard to schedule.
Isn't she precious?
We are in my daughter Jennie's, and her guy Josh's kitchen. 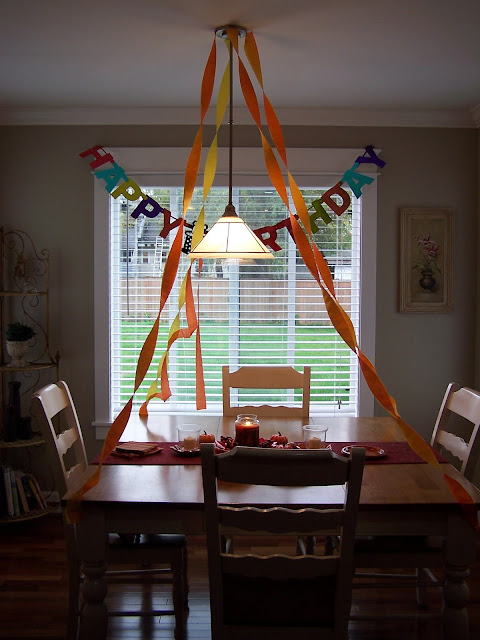 This is actually where we are sitting. 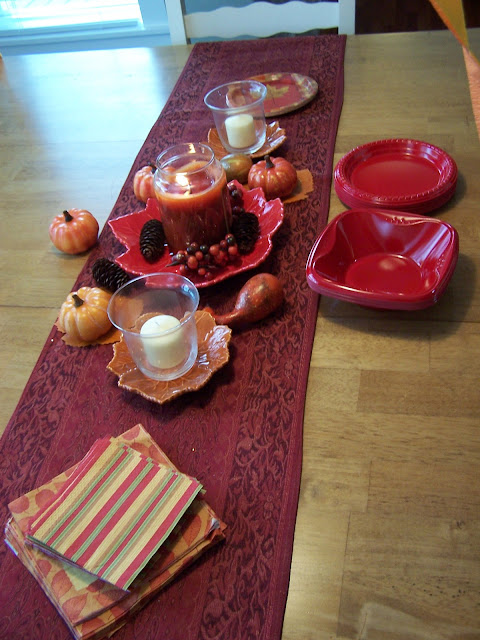 Jennie sets a pretty table and she is a wonderful hostess. 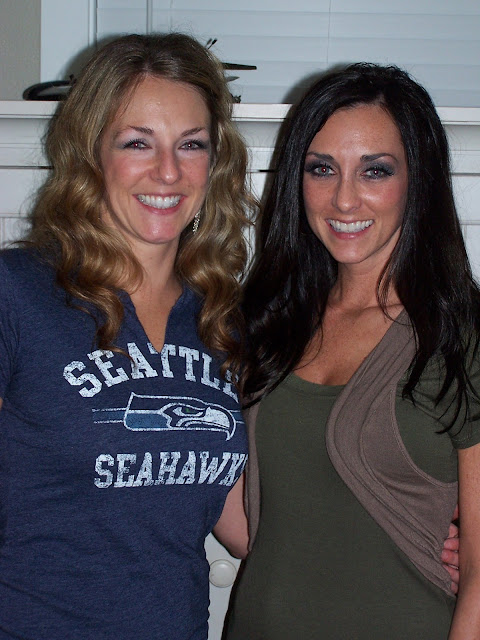 Here she is on the right with big sister Heather, who helped with Hostessing duties. The Seahawk's game was on and Heather is a big fan.
I have two blondes and two raven haired children.
We have every hair color in our extended families. 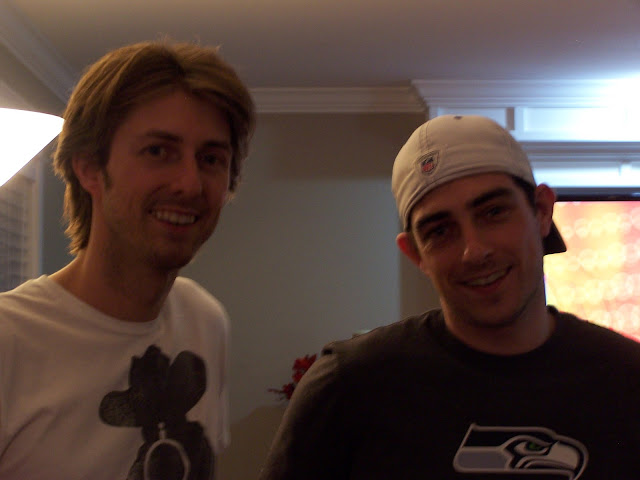 My two computer genius sons, Gabe and Dustin. Note the weekend unshaven look. These guys know what 24/7 work is.
One is Microsoft and one owns an IT business he built from scratch.
They work hard and play hard and already have the snowboarding racks on their vehicles.
Aaaaah, to be young and full of energy again!
I don't have to tell you how much I love my children.
But trust me, they gave me a run for my money.
Some of my neighbor's still won't forgive us for some of their youthful pranks.
But now those neighbors have teenagers of their own.
Full circle.
But I am happy to say, they are now all hard working, kind, responsible young adults.
I can breathe a sigh of relief. 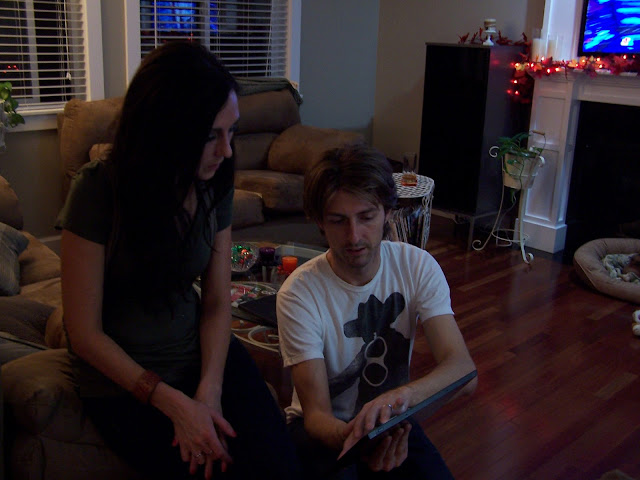 But the very best thing is, they all get along with each other.
They like each other.
They would do anything for each other.
My work is done.
Here, Gabe is demonstrating to Jennie the new touch screen tablet he helped develop.
This guy worked his way through college working in the produce section of the local grocery store.
His brother had a landscaping business.
Dennis and I were firm believers in teaching a good work ethic.
All of my children earned their way through life from an early age.
Paper routes, yard work, babysitting.
They did it all. 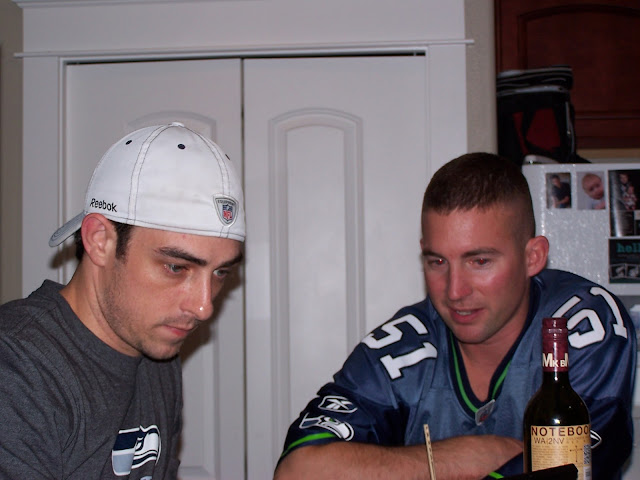 Here is Dustin showing Josh something on his laptop. I am so proud not only of my own children but their partners, also.
Josh is a supervisor at work while also taking classes for a degree in business. 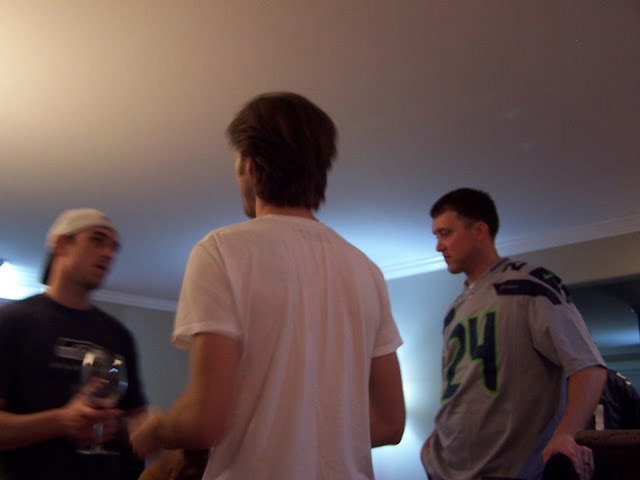 My three sons, including Heather's Eric on the right. This guy was a proud Marine, is now in the National Guard Officer's program, and works for the Veterans Administration.
Did I mention he earned a Bachelor's degree by working and going to night school?
Tough as nails on the outside, but he is one of the kindest, most decent guy's we know.
A proud representative of our nation's young soldiers. 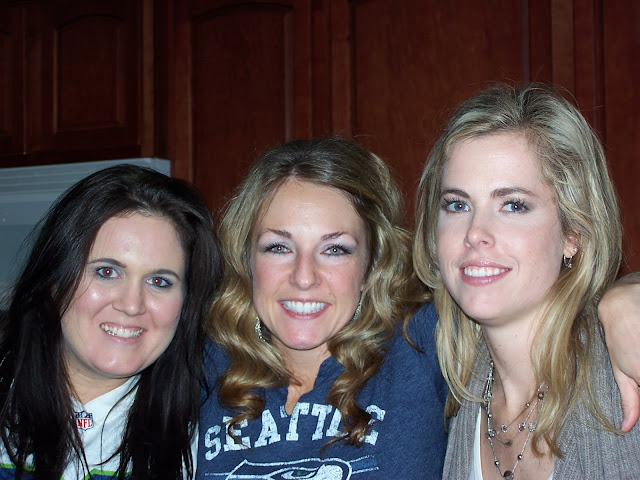 Here is Dustin's sweet Jen on the left, Heather, and Erica.
Jen works with critically ill children at Seattle Childrens Hospital while simultaneously pursuing a degree in Physical Therapy. A doctorate.
Sweet Heather and Erica both have marketing degrees.
Jennie also works in marketing in the Title industry.
It is a very different world than when I grew up.
It was rare to have women with college degrees and titled positions.
Unless you were a teacher, or a nurse, or a sales 'girl'.
Most women, if they 'had' to work, held jobs as sales 'girls', secretaries, or factory workers.
The glass ceiling was very low back then.
Very few of the girls I went to high school with, went to college.
Most went on to trade schools that taught secretarial duties, nursing schools, or they got married.
Senior girls loved showing off their engagement rings!
But the winds of change were already blowing and blowing fiercely. 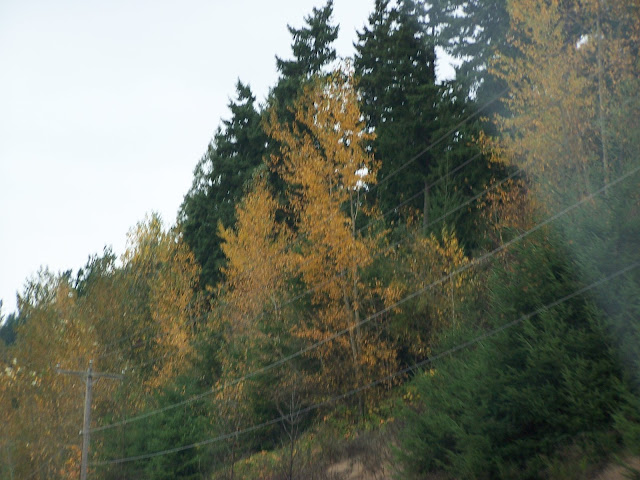 I can remember standing in my tiny cottage as a young wife and mother, holding my toddler while expecting my second child, and staring in wonder at the television while the news broadcast women holding signs in mass marches for woman's rights.
Even though I have lived a 'traditional' life, I cheered them all on.
I have daughters.
But hasn't it been a long struggle?
I have watched from the sidelines, tried to join, but sometimes it is like swimming upstream.
Especially when you have children.
Oh, things are better now.
Women have equality in education.
There are day care facilities and equal pay for equal work.
But I see how difficult it is for young women, for older women, for women with families.
It reminds me of that old country song where women proclaimed they can bring home the bacon and fry it up in a pan......
Being on the outside and looking in, maybe I don't see the real picture.
But I do see that women are doing way too much.
It's time for some balance.
So, I think, the word 'choice' is not really representative of life as a woman.
Unless they choose to do it all.
And the fight to move forward is a constant battle.
Women will always be torn between their families and their work.
It's just the way we are. Thank goodness.
Where would our civilization be if we, as women, did not put our families first? Whether we work or not, it is always the same, that is our first priority.
So moving ahead the way it works for a man is not really something that works for women.
We need our own way of doing things.
Because we are all about balance.
But the world is not.
But slowly, it is changing.
Hopefully towards that end.
That is why we continue to vote, continue to hope, for the next generation.
﻿
Posted by Karen @ Beatrice Euphemie at 12:35 PM