Concert at the Amphitheater 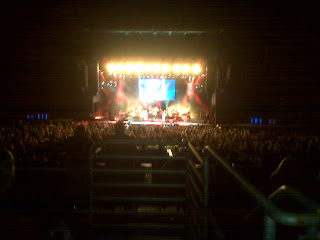 Last night we went to the Carlos Santana Concert! It was definitely right up there on my bucket list! And we only had to drive 20 minutes to get there! Because you see, we have the most amazing amphitheater right in our own backyard, so to speak!
This amphitheater was built in 2003 on Tribal lands right along the White River in the middle of virtually 'no-where'. Right smack in the middle of cow pastures! 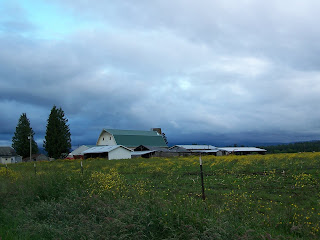 But in one of the most beautiful places on Earth. With a view that takes your breath away. 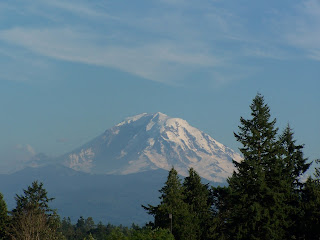 Every year Hubby and I go to at least one concert here. Last year it was 'Sting' with a full orchestra. To say it was sublime would be an understatement.
It is a beautiful facility, covered, but open air. You can even smell the cow pastures wafting in on the evening breeze. 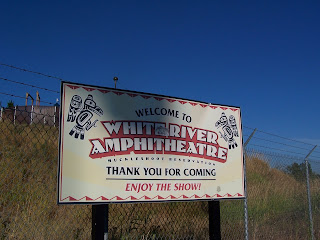 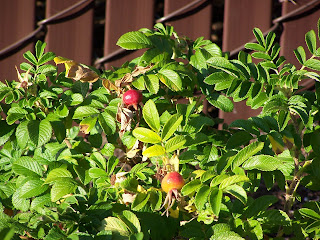 We waited in line an hour in the hot sun, inching along towards the gate. We could hear crickets in the tall grass. There were wild roses along the way, done blooming, but with large rose hips already formed.
I had my camera with me to record the wonderful night.
And then we got to the gate. They said I couldn't bring my camera inside. We had to walk all the way back to the truck and leave it. We had to stand in line, once again. But this time, the line was moving and we got right in.
The show was about to start. We had great seats. I had bought the tickets for Hubby for Father's Day. It was greatly anticipated.

We only had Hubby's cell phone camera.
Carlos came out, dressed completely in white, his trademark fedora on his head, his pale guitar strapped to his shoulders.
Black Magic Woman.
Can you hear his guitar?
I have goose bumps.
But much more than that, Carlos had a message. In between songs, he spoke.
And this is what he said. In his beautiful lilting voice.
No matter what race
No matter what religion
We are all one - Humanity
Living on one precious planet
Earth
And we should unite to form
Only one army - Salvation
That fights only against hunger, poverty, intolerance, hatred, greed, violence
With education
And as humanity, we should live for
Peace, Harmony, Brotherhood, Love, and Kindness
It all starts with One
And that would be you. And me.
What kind of World do we want?
For our Children
It's Love and Light
That's what we are
Don't you agree? I do.
Thank you, Carlos.
For your beautiful Music
For your beautiful message of Hope
We Hear You 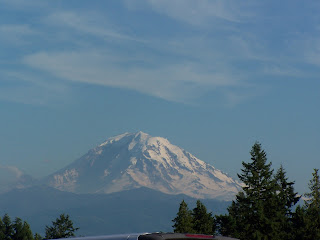