The Thursday Night 'Get Together'

Every Thursday night, when I was growing up,
was 'Ladies Night' for my Mother. 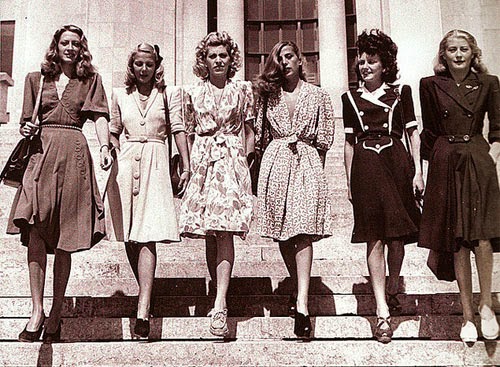 This meant 'getting together'
with six sisters
at my Grandmother Bea's. 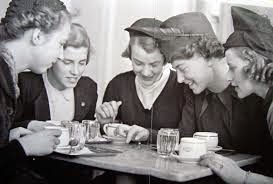 This was the night that the 'girls' reserved to play cards,
gossip, and share their weekly stories in my Grandmother's farmhouse kitchen.

The chrome rimmed Formica table was pulled away from the two kitchen windows
and the 'skinny ones' would slide in first. 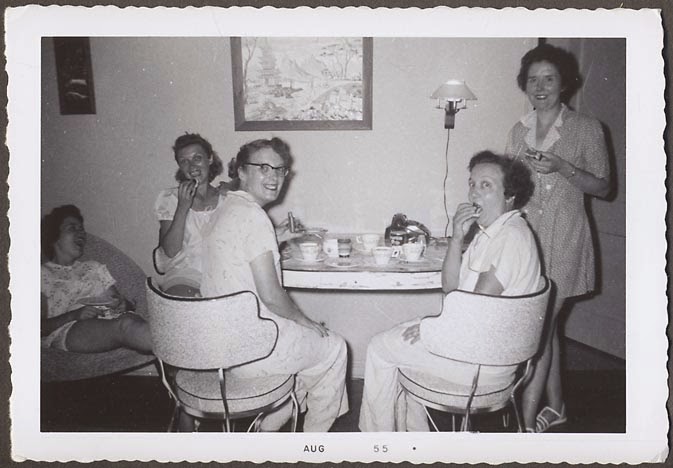 One by one 'the girls' would arrive carrying their fanciest offerings.
Coffee cakes, cookies, sandwiches, cheese trays,
Jello molds...... 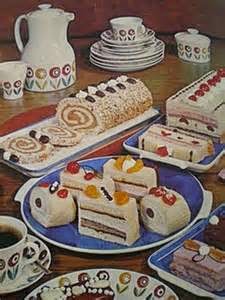 Often a sister would bring a friend or two. 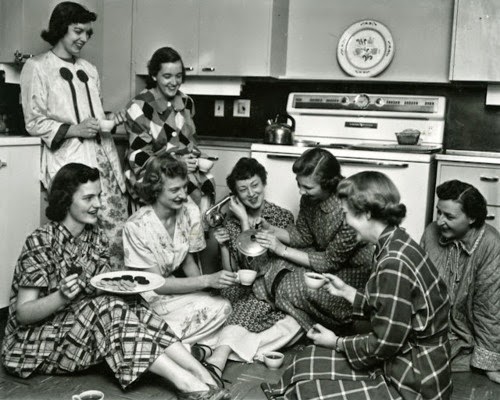 That little farmhouse kitchen could get very crowded. 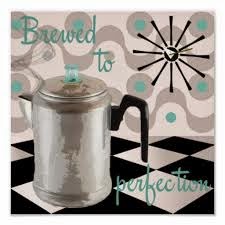 Coffee would percolate, filling the room with a wonderful aroma.

This was the night that new hairstyles, clothes,
and special news would debut to
mutual admiration. 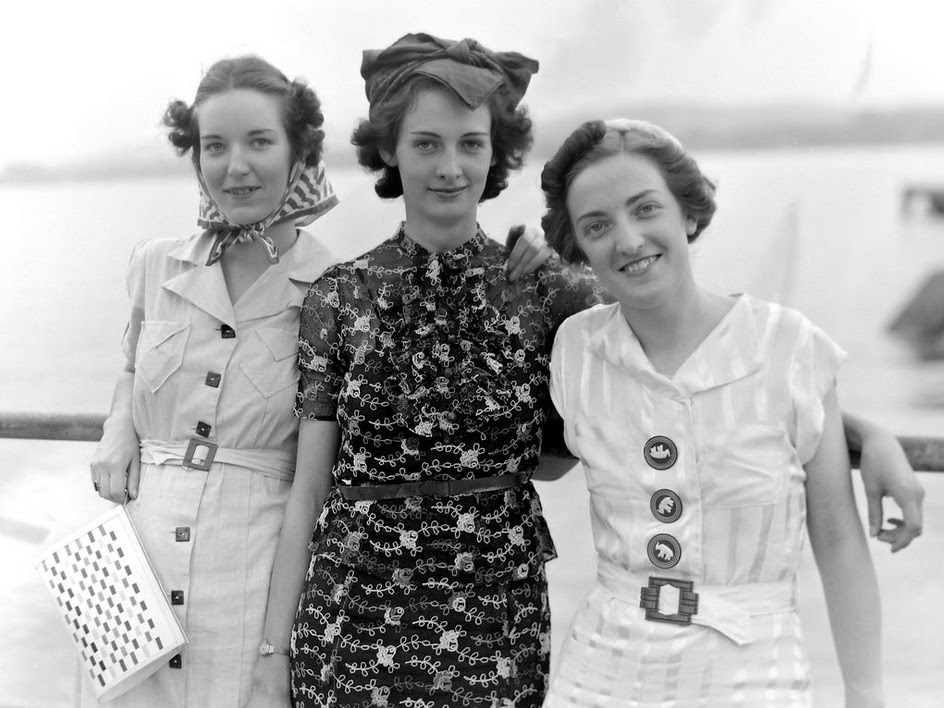 My Grandmother, Bea would set out her best china
and put on her prettiest house dress.

Many times, as the eldest of 5 daughters myself,
I would be invited along.

This was a very special honor. 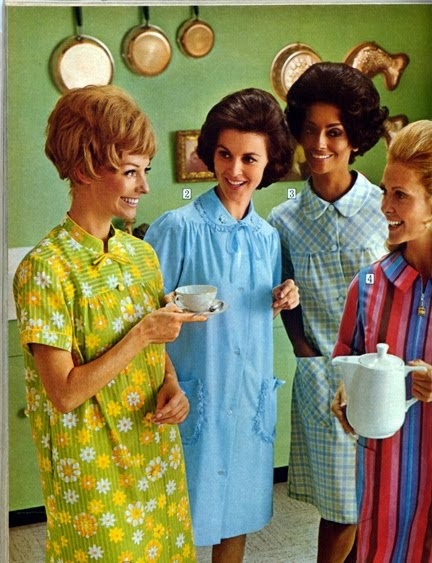 As housewives in the 50's and 60's,
this was a very important night.

A night to break away for a few precious hours
from the never ending household chores,
child raising, and husband tending.

In those days, most women were housewives,
and my Aunts, Mother, and Grandmother were no exception.

The kitchen would ring with laughter, as everyone talked at once,
keeping their funniest anecdotes to share as everyone arrived
and made themselves comfortable.

I was allowed to stay at the table for this very important
'meet and greet',
but soon I was dispatched
to care for the babies. 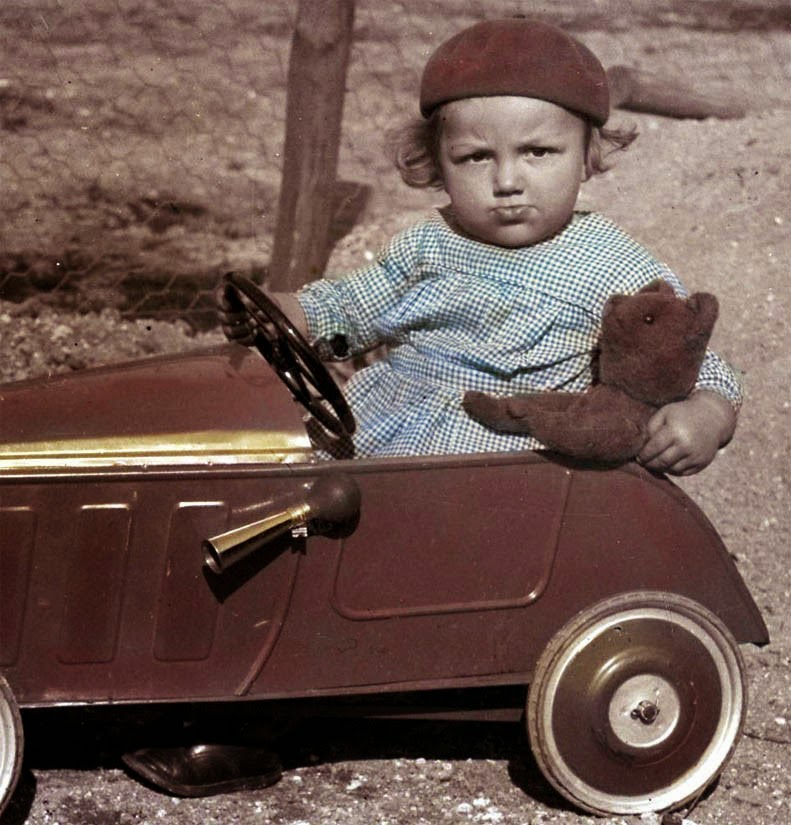 Babies were never left home as it was considered
beyond the skills of husbands to tend to :) 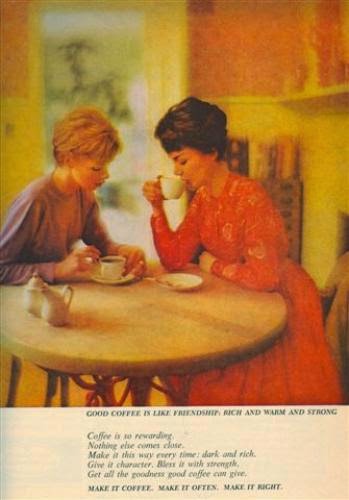 As the night wore on, the lighthearted bantering
gave way to more serious subjects
and voices became muted and sympathetic.

The coffee pot was put on to percolate for another round. 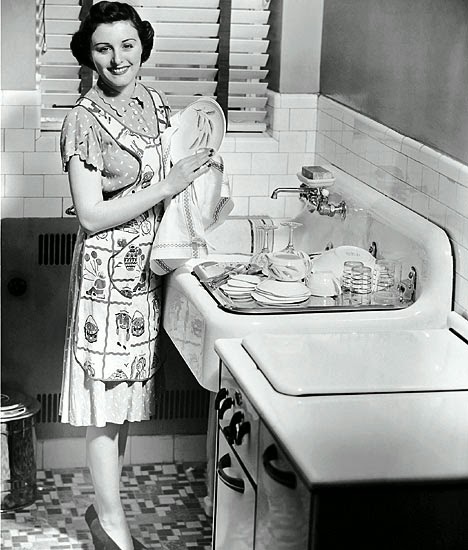 Dishes were always washed
as sweet goodbye's were said,
along with hugs and promises to meet 'next time'.

As I grew older, these Thursday night 'Get Togethers'
gradually gave way to modern times.

Women's Liberation saw my Mother and Aunts
seeking part-time jobs, mainly in the evenings
when husbands and older children could care for the younger ones.

Some of my Aunts moved away, including my Mother.

As my own sisters grew up and had families of their own,
my Mother's kitchen became the scene of a new generation of
the Thursday night 'Get Together'.

Now that my Mother is gone,
this tradition has scattered to the wind once more.
But the echoes of the laughter and tears,
of sisters caring for sisters,
remain written upon the family slate.

With today's busy lives, it is not always easy to
keep some traditions alive.

Now we must make new traditions to fit modern lives.
With instant communication, the old fashioned 'Get Together'
is not as necessary.

But somehow I think something precious has been lost to time.

What about you?
Do you keep a tradition of weekly family 'Get Togethers'?

How do you keep tradition alive?
xoxo

Note: All photos in this post are random vintage images and not family photos.
xo

Posted by Karen @ Beatrice Euphemie at 12:00 AM