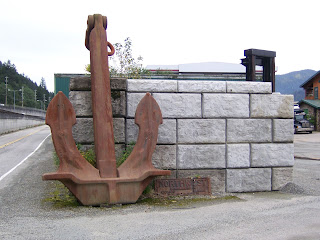 Today we celebrate Columbus Day – the day that Christopher Columbus proved once and for all that the world was round, the day that the Nina, the Pinta and the Santa Maria sailed the ocean blue to discover the ‘New World’. We mark this day on our Calendars in order to remind us of the importance of this day.

Veneration of Columbus in this country dates back to Colonial times. The District of Columbia, capital cities of Ohio and South Carolina, and our own Columbia River are named after him. The term “Pre-Columbian” is used to refer to the peoples and cultures of the Americas before the arrival of Columbus.

There was very little faith in Columbus for his desire to find a route to the new world. It was a sudden twist of fate that gave Columbus the chance to follow his dreams. Just as he was being sent away, denied his request, the decision not to fund his voyage was suddenly reversed, changed by a political decision at the very last minute, a  true reversal in fortune. But the fortune lies mostly with us, as Columbus believed he was discovering Asia, was stripped of his glory when his settlements turned barbaric, and died a broken and disgraced man, not long after discovering America. Thanks to the devotion of his descendants, his name was once again honored for the true accomplishments and sacrifices he made. This was a true monument to faith.

And like Columbus, we all navigate the uncharted waters of our lives, going on faith, marking the calendars in our minds with important moments in time. We stand on the shore and look back on these milestones that commemorate our lives; the birthdays, graduations, weddings, anniversaries, and funerals. All are equal in importance for their own special reasons and all are uniquely personal in each of our lives. These are just the common ones. There are many more, according to every individual experience, a roadmap of your life.

One of the milestones for me this year has been our wedding anniversary. This year we celebrate one of the ‘big ones’. He still makes me laugh. I still bake his favorite dessert. We still call each other ‘Honey’. Our marriage has survived moving cross country, building a home, four teenagers, two recessions, job stress, sickness and health. We always know we have each other’s back, but with the freedom to disagree, like a good government. Now that we’ve come so far, we’ve almost formed a whole story. We’ve earned the right to celebrate this one as a major milestone.

This year I have also experienced the loss of my dear Father from his long battle with Alzheimer’s disease, with my Mother gone not long before him. When both of your parents are gone, this creates a shift in your thinking. You realize that there is no generation before you. You are now the elder generation and it is up to you to carry on the legacy for the next generation, another important milestone.

But it’s not the milestones that are the most important markers in our lives; it’s what you do on an ordinary day that really determines the quality of your life. Our lives are not defined by the sum of our choices; it is the daily commitment to them that distinguishes who we are.

And when all is said and done, it’s not the big things; it’s the little things that you remember the most. The long ago promise, the walks in the rain, the laughter and tears you share with one another.

So as we travel the journey of our lives, like Columbus, we find that the world is not at all flat, but actually comes full circle from one generation to the next, defined by the choices we make, one day at a time. 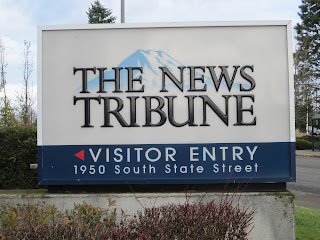 This article was featured in The News Tribune http://www.thenewstribune.com/2012/10/08/2324279/exploring-life-as-columbus-explored.html
Posted by Karen @ Beatrice Euphemie at 12:32 PM