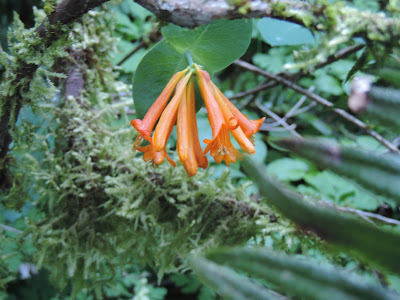 Hello friends, today I would like to take you
on a wildflower walk-about!

These are some of the beautiful wildflowers that
are growing on my property, here in the
foothills of western Washington State. 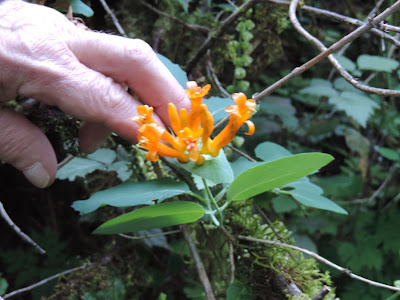 This sweet flowering vine is attractive to Hummingbirds. 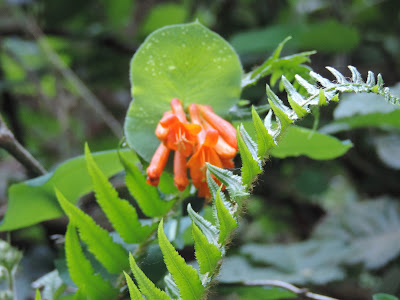 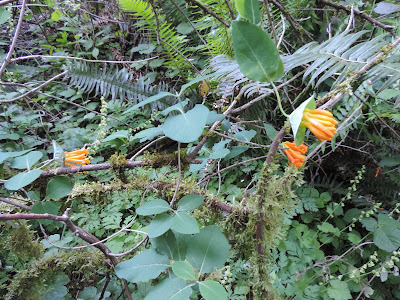 It is found in dry, open forests along the west coast
from Vancouver Island to California. 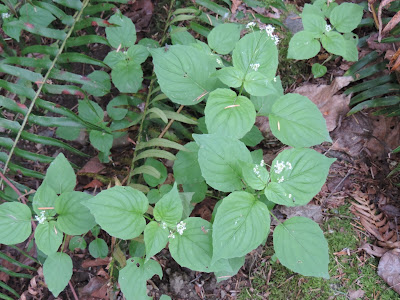 This pretty ground-cover is called 'Enchanter's-Nightshade'.
It forms large, perennial colonies of tender leaves
with tiny white flowers in spring, and grows
in cool, damp forests from western Alaska to Oregon. 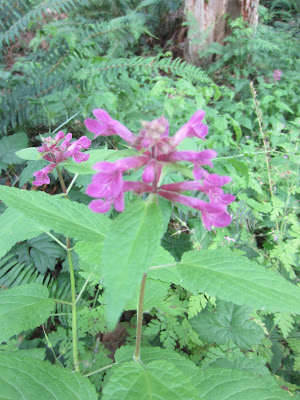 Another wildflower that is a source of nectar
for hummingbirds is Cooley's Hedge-Nettle,
a member of the mint family. 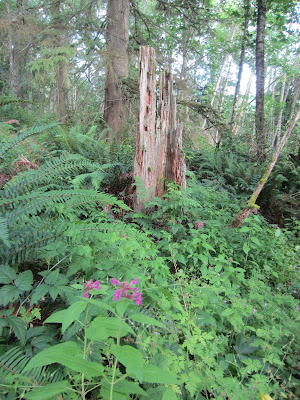 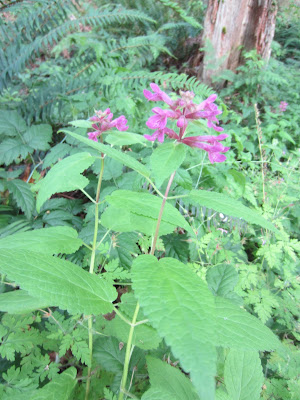 These grow 12-18" tall in open, moist woods
and thickets.

They are one of my favorites :) 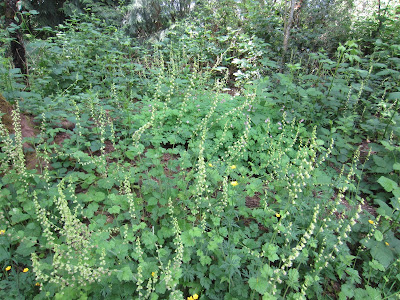 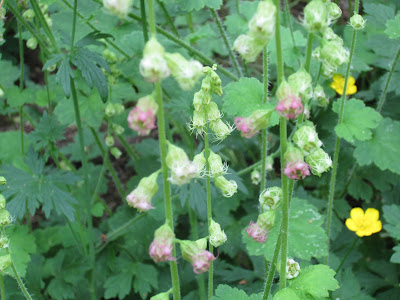 These little bells are known as 'Fringecup'.
They are perennial and very fragrant.
They are very similar to Coral Bells - with
flower wands that rise from hairy, veined basal leaves.

The whole plant is attractive and forms large colonies
in open clearings in low to middle elevations. 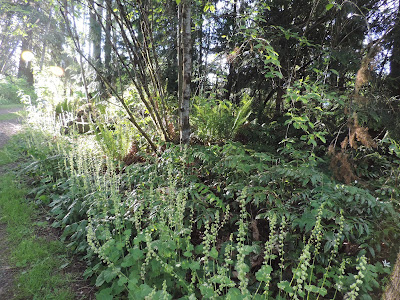 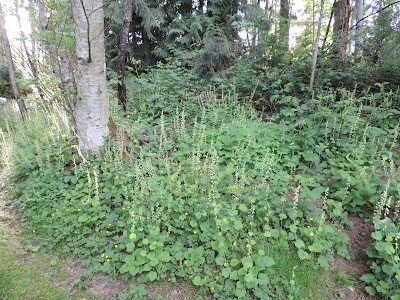 My very scientific guidebook says this : "Fringecup was said to be
eaten by woodland elves to improve night vision"! 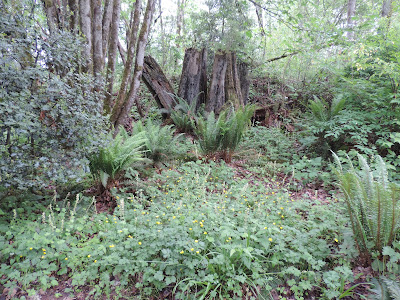 Do you see any elves? 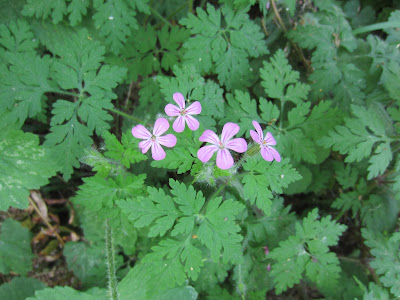 It is a wild geranium with an unpleasant odor,
commonly called 'Stinky Bob' :)

The guide says that the name is so ancient that
no one is quite sure where it came from.
An introduced Eurasian weed
the name dates all the way back to the Duke of Normandy
or possibly Rudbert of Salzburg of the 8th century. 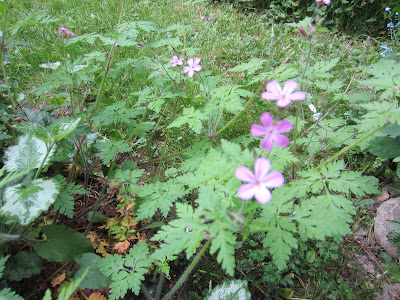 It is a biennial that forms a pretty ground-cover the first year
then flowers on upright, branched stems, the second year. 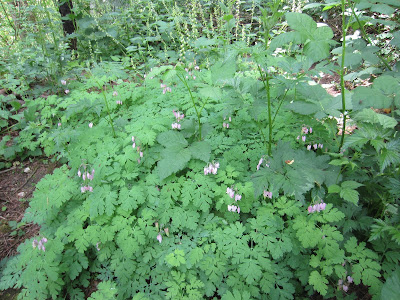 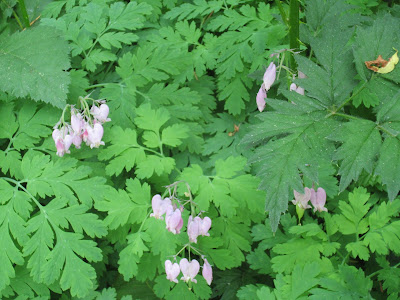 After flowering they form pod-like, oil-rich capsules
that are attractive to ants, which disperse the seeds. 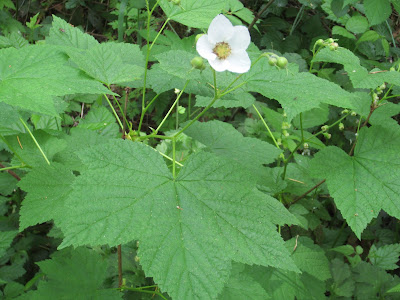 We have lots of berries here - this flower is Thimble Berry. 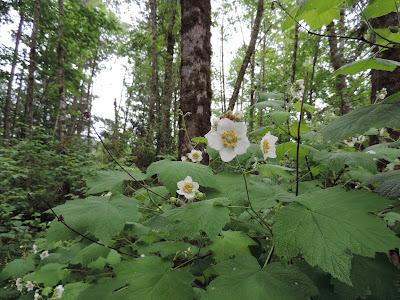 These are low, thornless shrubs with large maple-like leaves.

They form dense thickets through a network of rhizomes.

The fruits are raspberry-like and were eaten by all
northwest coast native peoples,
frequently dried with other berries or smoked clams.

The taste is rather bland, but the birds love them. 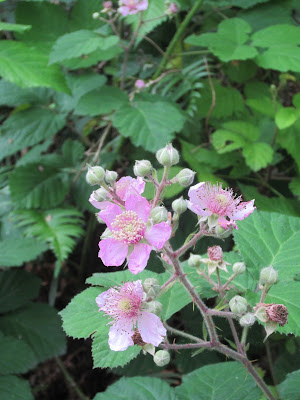 These are pink in shade and white in sun. 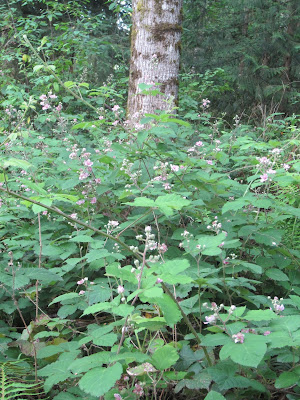 These can be quite invasive and we have
a job keeping them from taking over
in places.

Here we let them grow alongside the drive,
although Ramblin' Man has to keep order
every couple of years by cutting them back in winter. 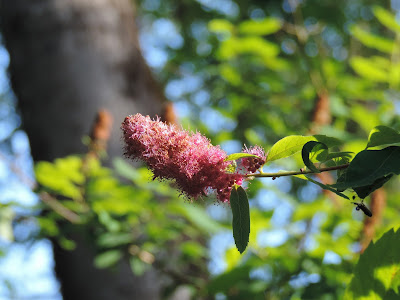 These grow on wiry, branching twigs that were used by
coastal native peoples to make broom-like implements for
collecting tubular marine dentalia shells.

Dentalia shells were traded as far as the Great Plains
and were a form of currency among northwest coast peoples.

You can see images of dentalia shells Here. 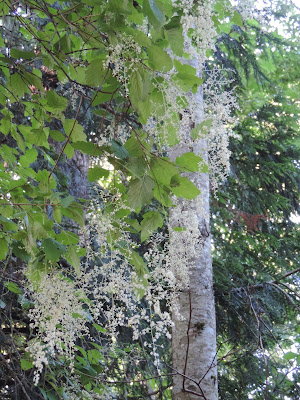 Another flowering shrub used by native coastal peoples
is Ocean Spray. The lacy flowers bloom on the tips
of long, arching twigs. This shrub is also called 'Ironwood'
because of the strength of its wood.

It was used to make spears and harpoon shafts,
bow and arrow shafts, halibut hooks, and even
needles and knitting needles by virtually all
coastal peoples. 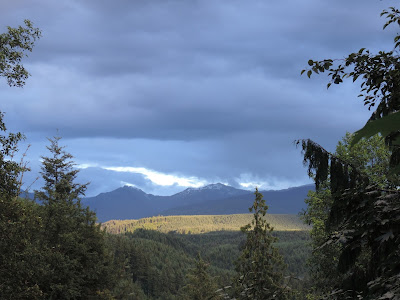 I hope you enjoyed seeing some of the blooming native plants
growing here in the foothills
of the Cascade Mountains of Washington State.

Thank you for coming along on my Wildflower Walk-about,
Dear Friends!

Which flower is your favorite?

Today I am linking with:

Won't you join the fun?
Posted by Karen @ Beatrice Euphemie at 12:19 AM