The House That Love Built - Part 11 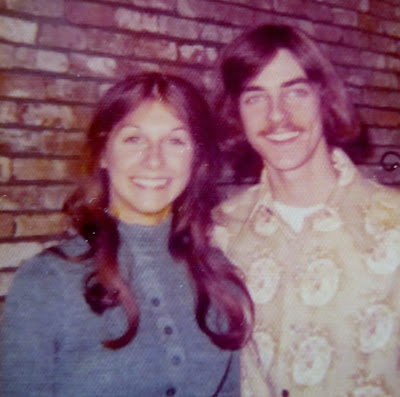 Gazing at this photo of Blue Eyes and me as newlyweds, I see hopeful innocence in our faces.
The world was at our feet and we were ready to take it on - together.
Already, we had planned our future.
We wanted a home in the mountains.
A large family.
A home filled with love.

We never imagined we would have to build that home, board by board, piece by piece with our own two hands and that our dreams would take us far from our childhood in New England.
We had no idea that within one year we would be moving west to begin that journey with only a hope and a prayer and a dream that would not die.
A dream of wide open spaces, of mountains that reached the sky, of a place far from the madding crowd to raise a family.
Influenced by the 'Back To The Land' movement of the early environmental movement, we moved west.

But after losing our first home in the beautiful Willamette Valley of Oregon, and with two little ones and one on the way, we found ourselves facing homelessness.
With our funds running low and time running out, we took a gamble on a piece of property in the wilds of Washington State. 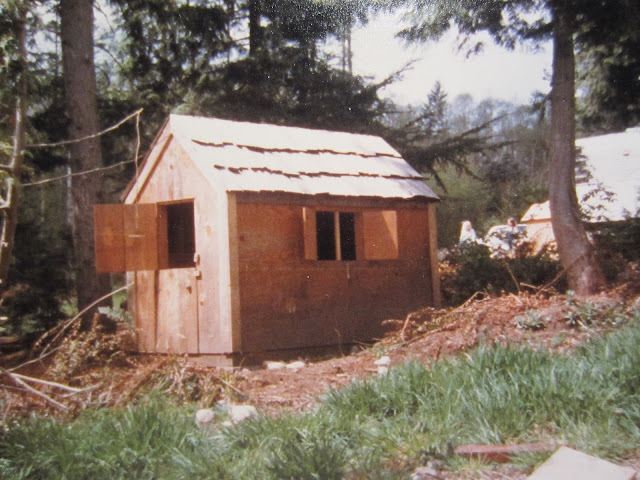 Blue Eyes had no carpentry experience, but he had a willing spirit and with the help of my Father, who as a young man built homes with his brother, we had faith we could succeed.

With my parent's building their own home within walking distance, we were not alone.

Starting small, we built a play house for our growing family.

This miniature house represented a symbol of our hopes and dreams and stands to this day, 30 years later.

We saved and planned that first year, nightly unfurling our future house plans, dreaming and praying.

Whenever our spirits would waver at the hardships we endured, we would step outside to hear the wind through the forest, see the majesty of the mountains, the wildlife all around us, and faith would be restored. 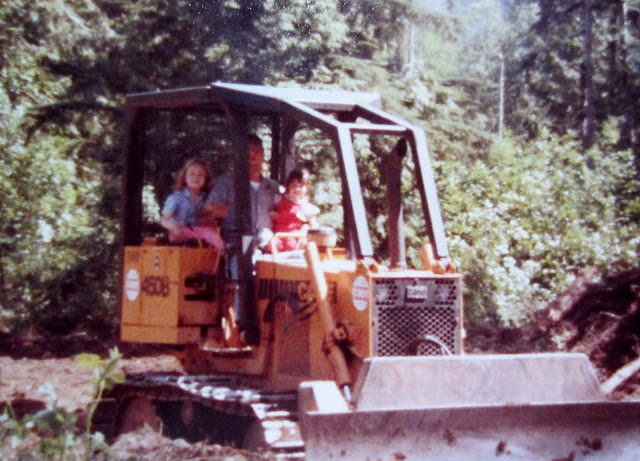 Little by little we cleared the land,

had electrical lines laid, and put in a septic system designed by a hired engineer.

All required for permits.

With the site cleared, foundation forms were put in place. Oh, the travails we had trying to get them level and square. For if you don't have a strong and perfect foundation, the whole house will be off-kilter. 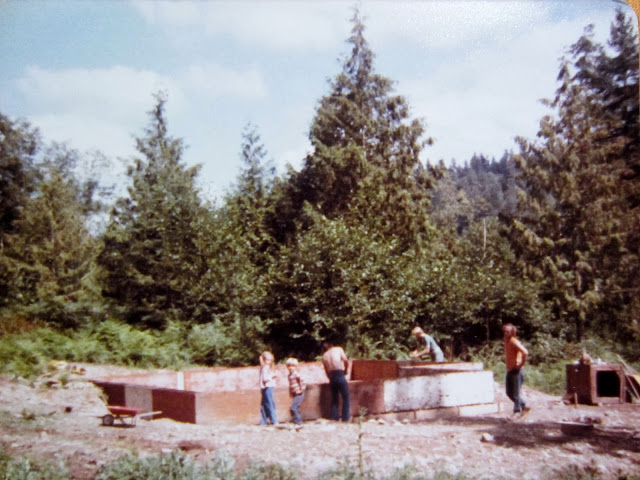 The day the cement truck came and filled the forms required many friendly hands to spread and level the concrete. Even the little ones helped out. 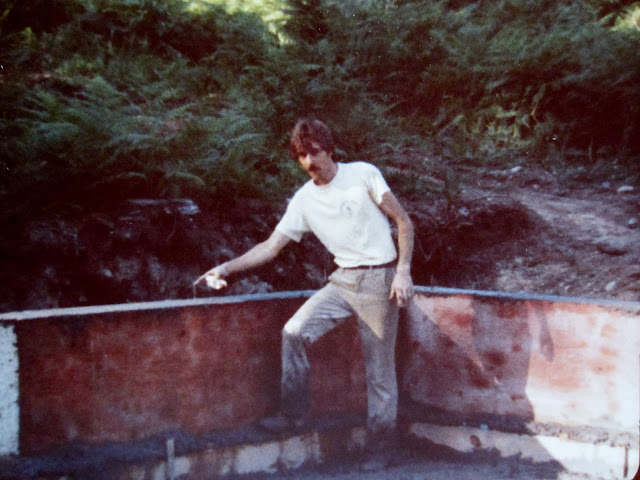 My tired, hardworking Blue Eyes takes a break with a bite of sandwich. I was responsible for keeping everyone well fueled.

It would be another year before we were able to continue.

Bringing in electricity, hiring an engineer, putting in the septic system and pouring the foundation took all of our funds. 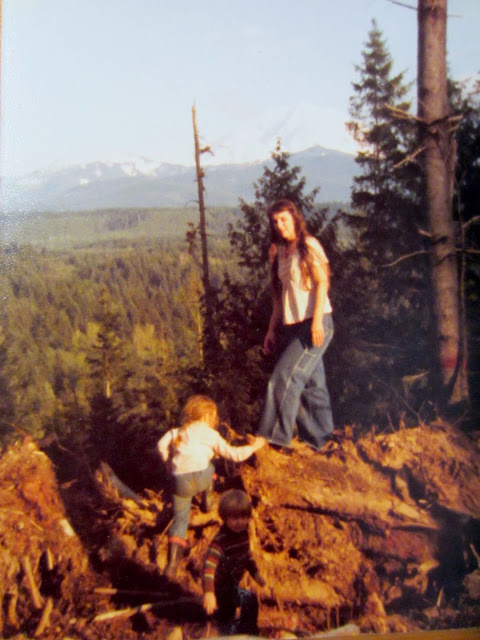 Not only that, but we would be blessed with another little surprise.... 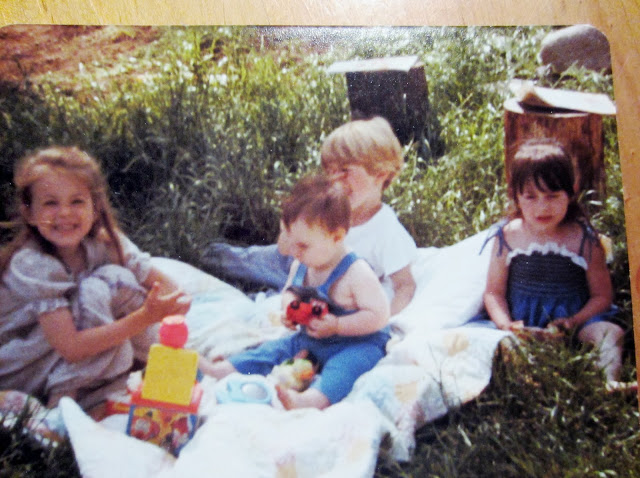 Our little wilderness family would soon grow to be a family of 6.

Our family was now complete.

And so we settled in with 4 children under the age of 6, five acres of wilderness, and faith in the Lord that everything would turn out right.

We get a lucky break.
xoxo

Do not go where the path may lead,

Go instead where there is no path

And leave a trail.

Posted by Karen @ Beatrice Euphemie at 12:13 AM

Email ThisBlogThis!Share to TwitterShare to FacebookShare to Pinterest
Labels: Happy Home, Our Life Together