Part 111 - Gratitude Carries you Through the Worst Storms of Life- 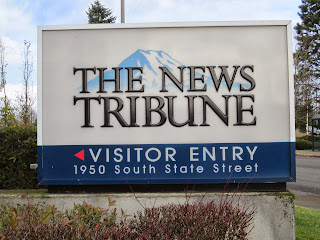 It was Thanksgiving 1983 when we learned the true meaning of gratitude.

Life was simple, but good.

But our new home was constructed at the beginning of the savings and loan crisis of the early 1980's. Due to congressional deregulation, savings and loan companies were allowed to make high-risk loans to developers. Unknowingly, we had purchased our home from one such developer who sold to buyers on contract. Within one year, we were to roll over the mortgage to a lender.

But the recession intervened in our plans. Our contract was signed at a low interest rate, but within the year, banks and savings and loans were failing at a rate even higher than in the Great Depression.

We did not qualify at these rates, nor could we afford the payments. We were about to lose our home and our good credit, but we refused to give up our dreams. With three little ones, we had few options.

Determined and full of idealism, we sold everything we owned, bought this land and a 32-foot 1962 Nomad Travel Trailer - a beauty by today's vintage standards, with blond cabinetry and pink full-sized appliances - to live in while building.

Our home, built paycheck to paycheck, was only partly finished when our idealism turned to despair. My husband received a layoff notice, and we were unable to afford our nearly paid-off car. It was repossessed after we missed just two payments. We were left with our equally vintage International Scout, but grateful for it just the same.

As Thanksgiving 1983 approached, we were experiencing very stormy weather. We had just started the roofing when my husband was laid off, and giant tarps covered the rafters. But as the storms increased in fury, the tarps blew off in the wind.

We bravely climbed onto the roof in gale-force winds to secure them, but it was to no avail. Torrential rain flooded the hand-milled floors, forcing us to drill holes to release the standing water. We huddled inside our cozy trailer as the wind rocked it back and forth.

The Thanksgiving Day storm of 1983 was one for the record books. The gusts were recorded at 62 mph at Sea-Tac Airport, but here in the foothills, the wind was even stronger. Thousands were without electricity with Thanksgiving Day turkeys half-cooked in the oven. But because we were living self-sufficiently in our little trailer with propane fuel, we were able to enjoy the meal we splurged on with the last of our savings.

As we ate our humble meal in our humble little trailer, we were grateful for so many things despite our hardships. We had a roof over our heads, we had this wonderful meal, and we had each other and our health. After the storm cleared, we realized how truly fortunate we were. During the night, a 100-foot tree fell, missing our little trailer by mere feet.

We had much to be grateful for. And we still have the holes in our floors to remind us.

Next time - After the Storm