Birds of a Feather 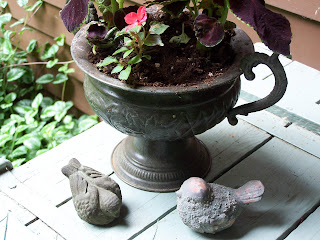 These little stone birds were a gift from my son for my birthday.
Every morning I start my day by going outside to feed the birds. Living among the tall trees and berries attracts many types of birds. In the Spring, the sound of their singing is like a living symphony.
'In order to see birds it is necessary to become part of the silence' - Robert Lynd 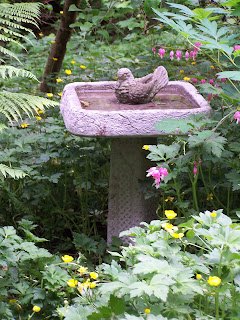 This lovely bird bath was a gift from my Hubby on Mother's Day.
'A bird does not sing because it has an answer. It sings because it has a song' - Chinese Proverb
'The sound of birds stops the noise in my mind' - Carly Simon 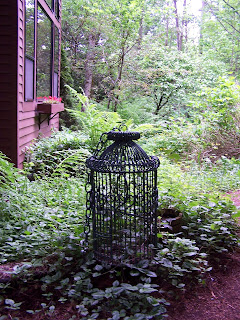 My son did landscaping in the summers when he was in school. He found this birdcage lying in a field, rusty and covered in dirt and asked the owners if he could bring it home. He cleaned it up and painted it and now it looks lovely in my front garden.
'I know why the caged bird sings' - Maya Angelou - Quoting a lyric by Paul Laurence Dunbar 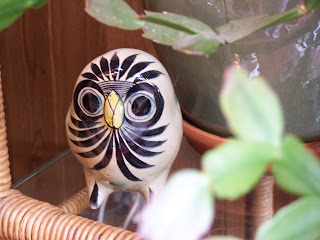 This little clay bird from Mexico has been with me since my first year of marriage. He had a mate, but it was broken. He has lovely painted flowers on his backside.
'A wise old owl sat on an oak;
The more he saw the less he spoke;
The less he spoke the more he heard;
Why aren't we like that wise old bird?'
Edward Hersey Richards 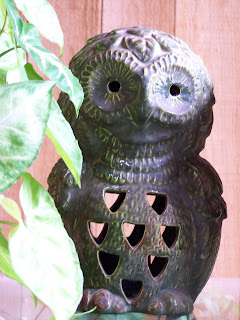 This ceramic owl was a gift to my Mother for Mother's Day when I was a small girl. I walked with my sister a mile to a little gift store run by a little old lady.  She kept it all these years and I brought it home after she recently passed away.
'I hope you love birds, too. It is economical. It saves going to heaven.' - Emily Dickinson 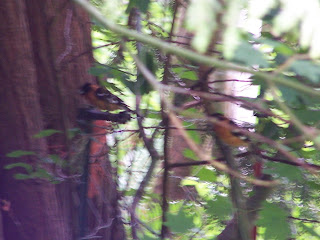 These beautiful orange and black birds grace my feeder every spring. They are devoted to their families and stay together until fall when they fly away for the winter.
'There are two lasting bequests we can give our children: one is roots. The other is wings.'
Hodding Carter, Jr. 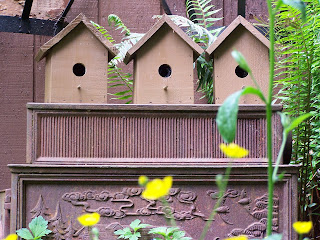 My son made birdhouses for everyone one Christmas when he was a struggling student and had no money for gifts. Everyone still talks about what a special gift it was.
'Use what talents you possess: The woods would be very silent if no birds sang there except those that sang the best.' -Henry Van Dyke 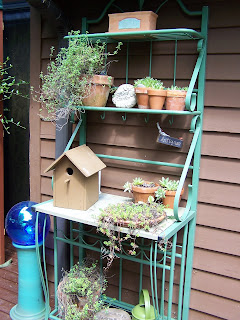 I painted an old baker's rack and keep it on my deck with one of the birdhouses my son made.
'The bird of Paradise alights only upon the hand that does not grasp' - John Berry 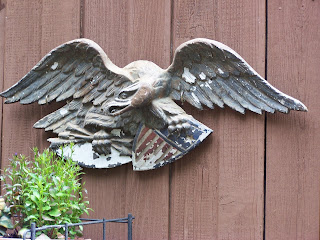 My dear Father made this eagle as a very young man out of cast aluminum. He was a tool and dye maker his entire life.
'You cannot fly like an eagle with the wings of a wren' - William Henry Hudson 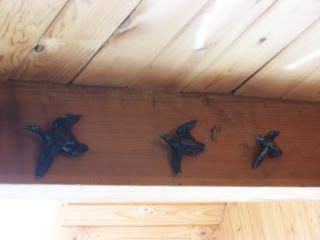 He also made this set of flying ducks. I inherited them when my Mother passed away. Dear dad is in a nursing home with Alzheimer's. These ducks are nearly 60 years old. They now grace the main beam in my living room.
'No bird soars too high, if he soars with his own wings' - William Blake 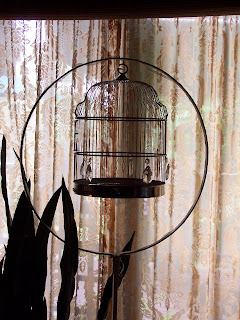 This decorative bird cage has been used for bridal showers, weddings, and anniversary parties, filled with flowers and decorated with ribbons. My beautiful pet Cockatiel uses it as a perch when he comes out of his cage every morning. I open the curtains and he watches the wild birds.
'It is the beautiful bird which gets caged' - Chinese Proverb 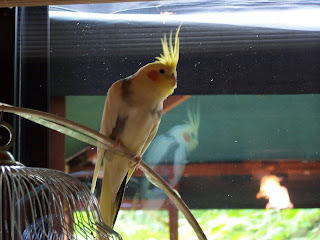 My beautiful 'Birdy Boy' came into my life as a lost pet. I had a housekeeping business and while at a lovely home on a lake, the owner called for me to come outside to 'see the beautiful bird' on her roof. I instantly recognized him as a Cockatiel and asked if she had some wild bird seed to coax him into the window upstairs. He was clearly exhausted, panting with his colorful wings extended as he collapsed on the roof.
We put the seed in a dish and I called for him in my best chirpy voice. To my astonishment, he hopped right over and started pecking away at the seed in my hand. I quickly scooped him up and we found a box and poked holes into it so I could bring him home. I had never owned a bird before and the owner of the house did not want him. 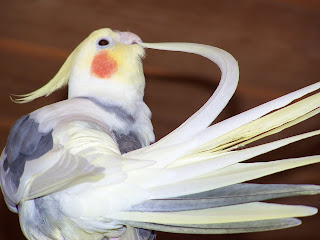 He is loving, intelligent, comical, and sweet. He has been my loving companion for almost 12 years now.
Of course I had to buy him the biggest cage I could find. 3'x4' and it sits in the large window of my loft, safely away from the family cats. Every day he is allowed to fly free for an hour or two while he accompanies me on domestic duties. (Cats not allowed)
He has taught me that birds have feelings, they express devotion, they know when there are intruders (hawks, eagles and crows are loudly announced), they have preferences in tastes (broccoli, strawberries and grapes) , they defend their territory (you are not allowed to reach into the cage and move things without a fuss) and they bond with one person.
I have never looked at birds the same way since. 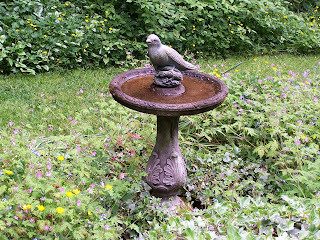 I have three bird baths. This one was my first and is many years old. A gift from Hubby.
'I realize that if I had to choose, I would rather have birds than airplanes' - Charles Lindbergh  Interview shortly before his death, 1974 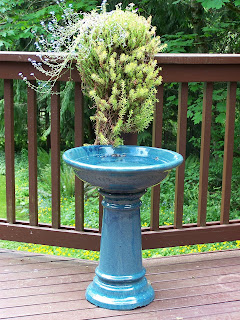 This beautiful birdbath was a gift from my son for Mother's Day last year.
'The bluebird carries the sky on his back' - Henry David Thoreau 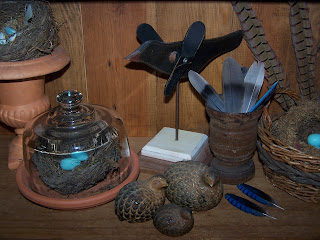 'I value my garden more for being full of blackbirds than of cherries, and very frankly give them fruit for their songs' - Joseph Addison 1672-1719
I will end with a quote from one of my favorite books, 'Green Mansions', by W.H. Hudson
'Have you ever observed a humming-bird moving about in an aerial dance among the flowers - a living prismatic gem....it is a creature of such fairy-like loveliness as to mock all description'
Posted by Karen @ Beatrice Euphemie at 12:09 AM