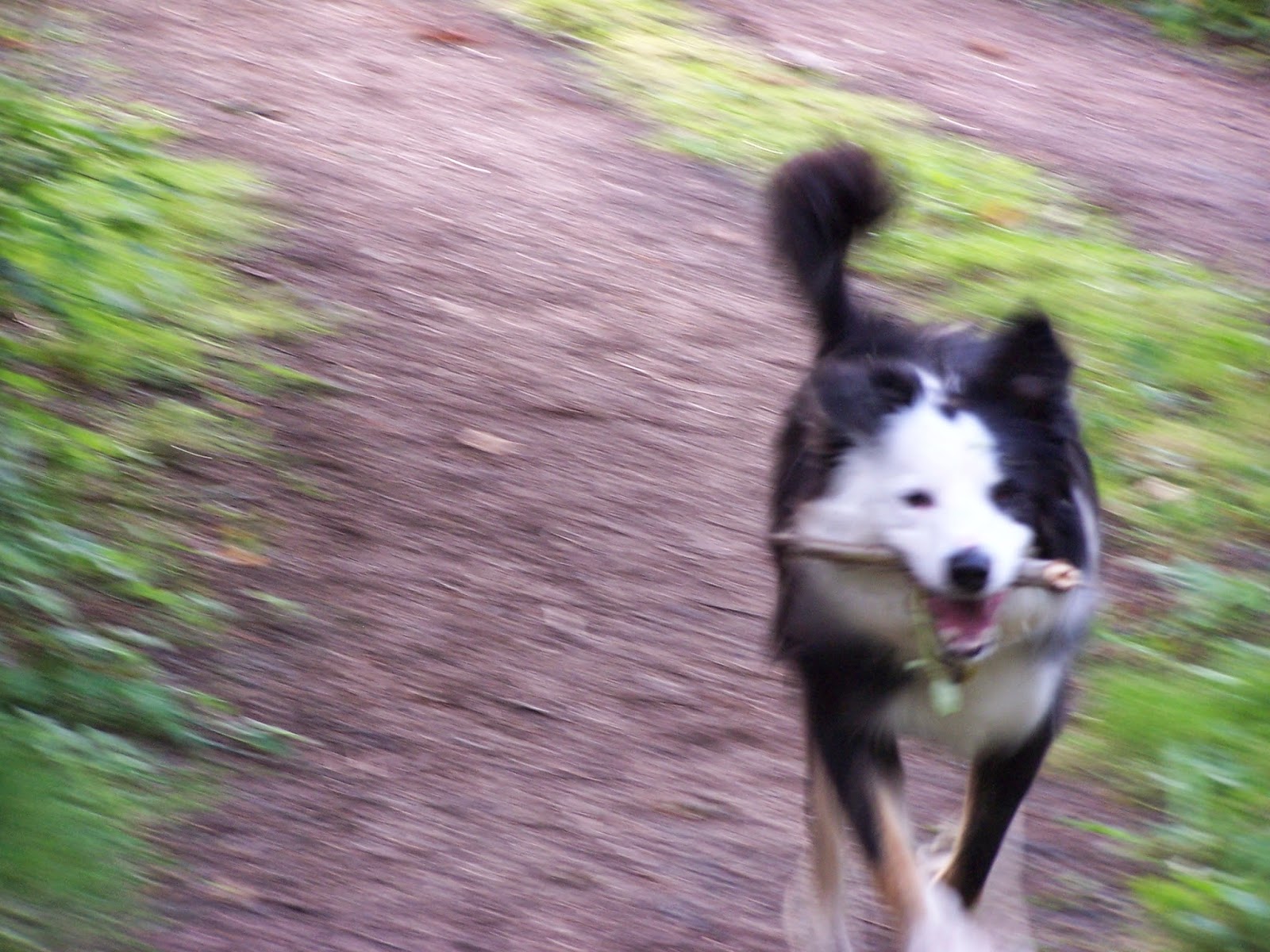 In the wee hours of Monday morning we lost our beloved
dog, Champ.

Champ was a rescue dog from Border Collie Rescue,
and we adopted him in June of 2012,
one month after our sweet Little Bear had died of old age. 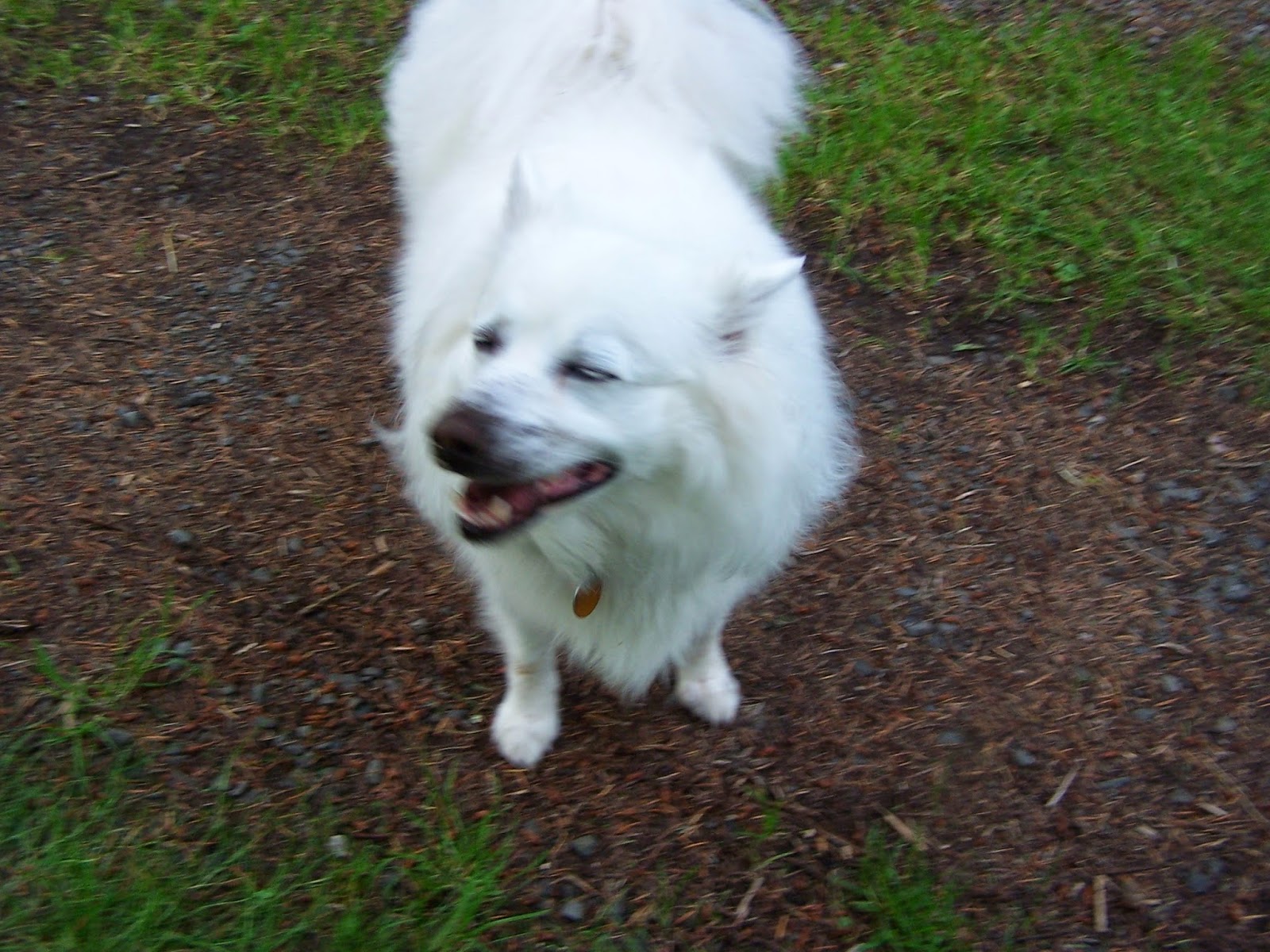 Whitey and Little Bear were best friends and
Whitey was showing signs of serious depression
and we knew we had to find him another companion. 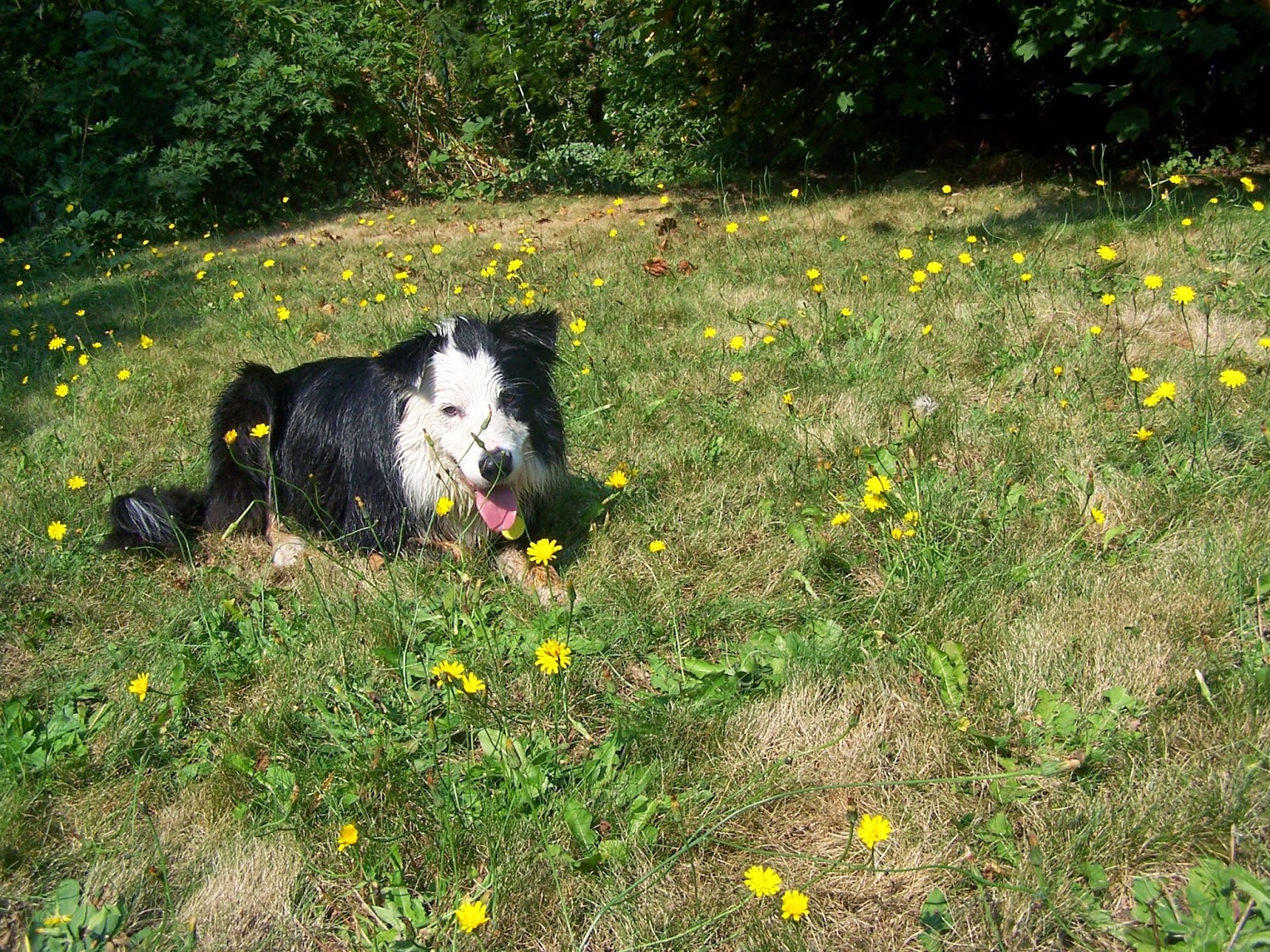 And so I found Champ. Champ was the only Border Collie
available for adoption at the time, up for
adoption for over a year.

He had very special needs. Lots of space to run, no children,
no livestock, and someone willing to love  him despite his many
challenges.

He was an abused dog with severe trust issues, that
made him unpredictable. 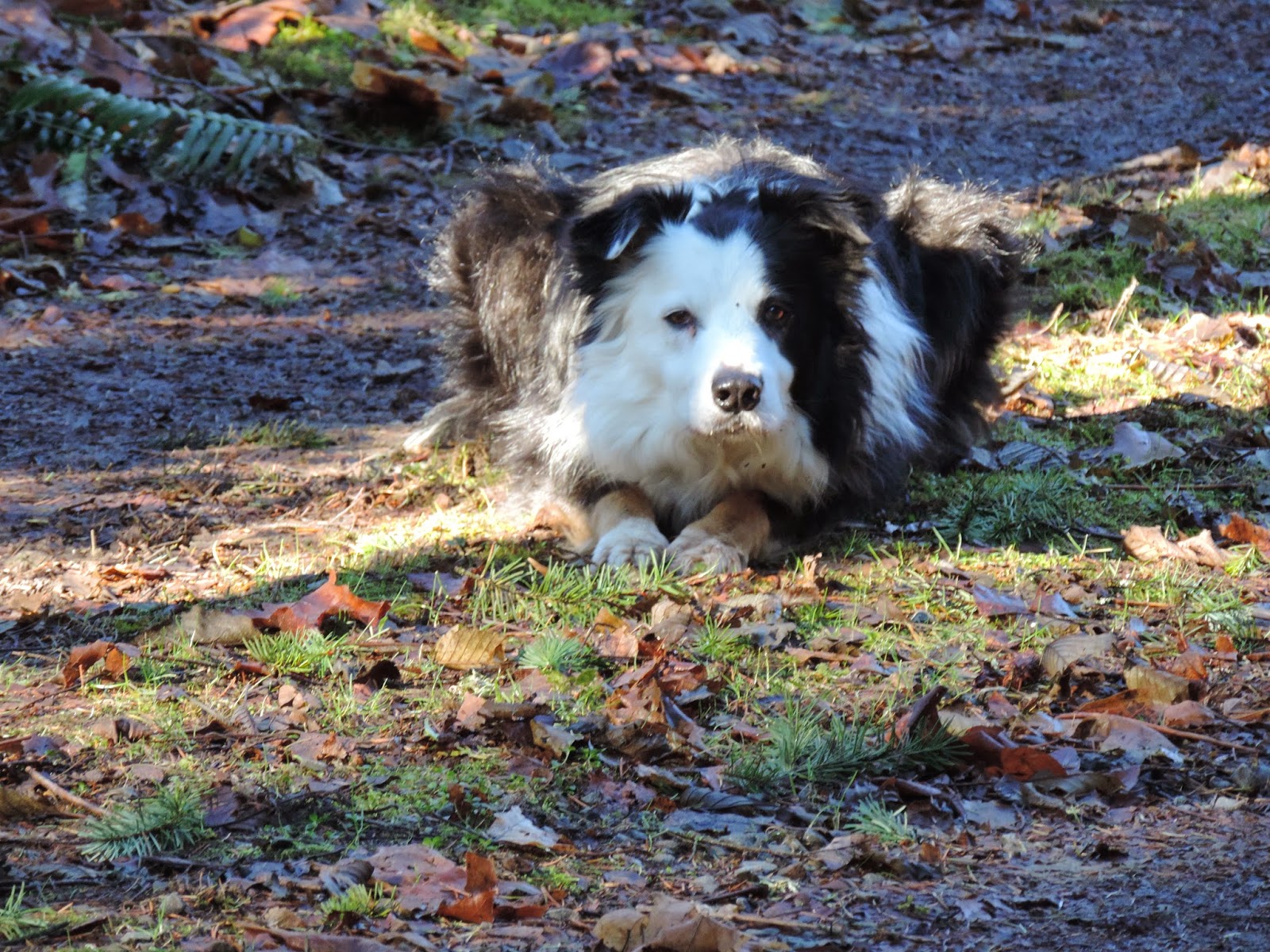 But we had big hearts, lots of room, and one look
at those amazingly intelligent eyes won us over.

His foster 'Mom', Joy, had done an incredible job
of training him and he was very obedient, responsive,
and full of energy.

We knew we could win his trust, and so we agreed to adopt him.
We had a two week grace period in which we came and
visited him several times to 'get acquainted' and we
also had to submit to a home inspection before we were allowed
to adopt. Most rescue dogs come from trauma, and the
last thing the rescue league wanted was a failed adoption.

We passed with flying colors and we prepared
to pick him up June 30, 2012.

And then my Father died after a long battle with Alzheimer's,
and his funeral was right before Champ's adoption, but we
went ahead because we needed this wonderful distraction
in our time of sorrow. 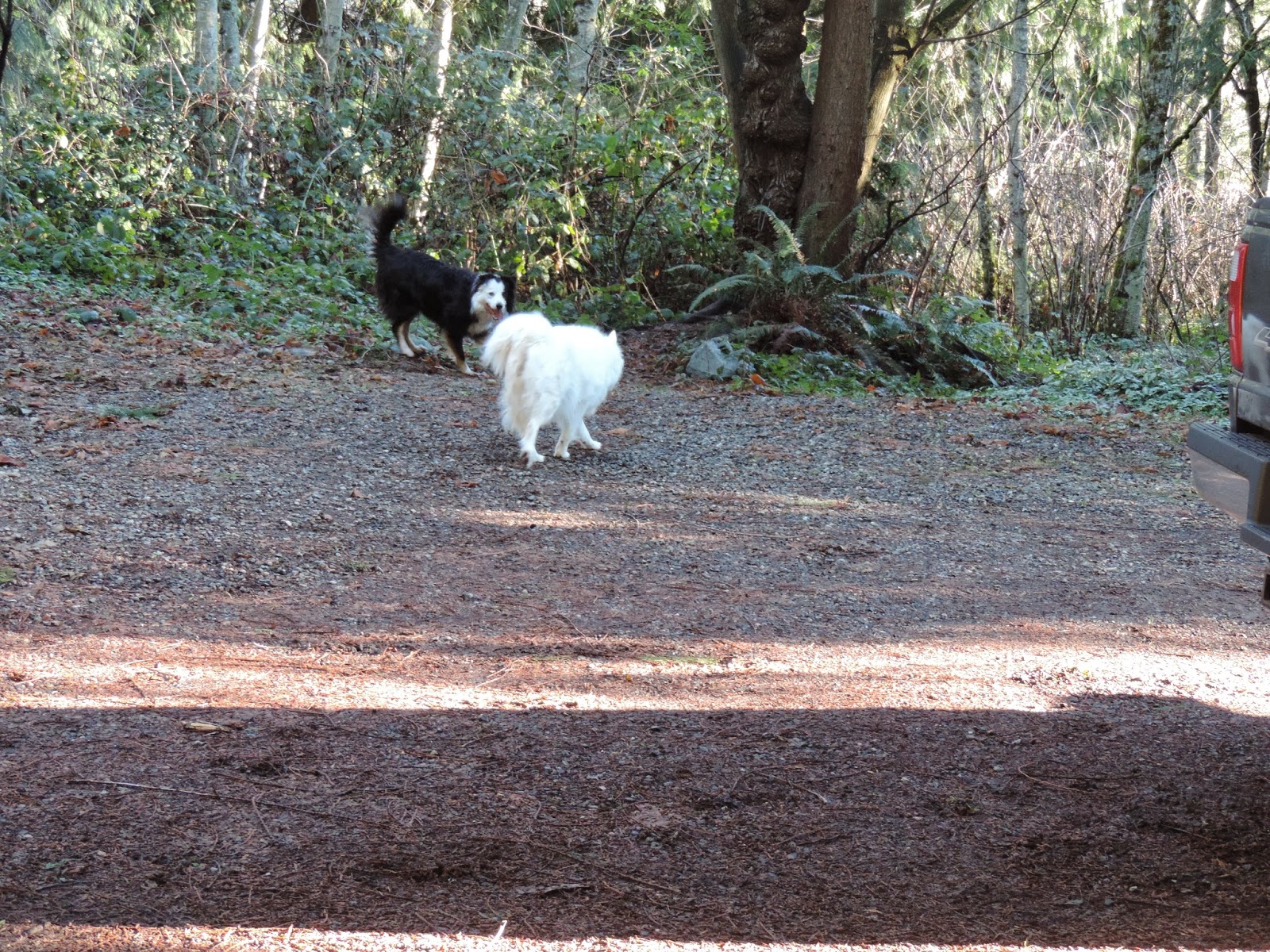 Champ and Whitey became best pals very quickly
and Whitey came out of his depression.
Oh, the adventures they had - always together, racing
each other, playing with balls, digging holes, and
being the best guardians and companions
to my Mr. and I up here on the edge of the wilderness.

We always felt safe with these two alert and protective
companions by our side.

I kept in touch with Champ's foster 'Mom' and
she helped us through some of Champ's baffling behaviors,
one of which was his propensity for aggressively ripping
out grass, shrubs and biting at any thing we swept,
raked or cut with clippers.
Once, he got a branch lodged in the roof of
his mouth after 'helping' the Mr. clear brush all day.
We didn't realize until a couple days later
when he completely stopped
eating and took him to the Vet and she pulled it out.

Six months into our adoption,
Champ's foster 'Mom', Joy,
died in a tragic accident.
She loved to take her little pack of Border Collies,
some her own and others she was fostering,
into the mountain forests
for long hikes.  On one such hike,
an avalanche triggered high
above, came down and swept her away.
Her beloved dogs survived and led rescuers to her,
but it was too late. 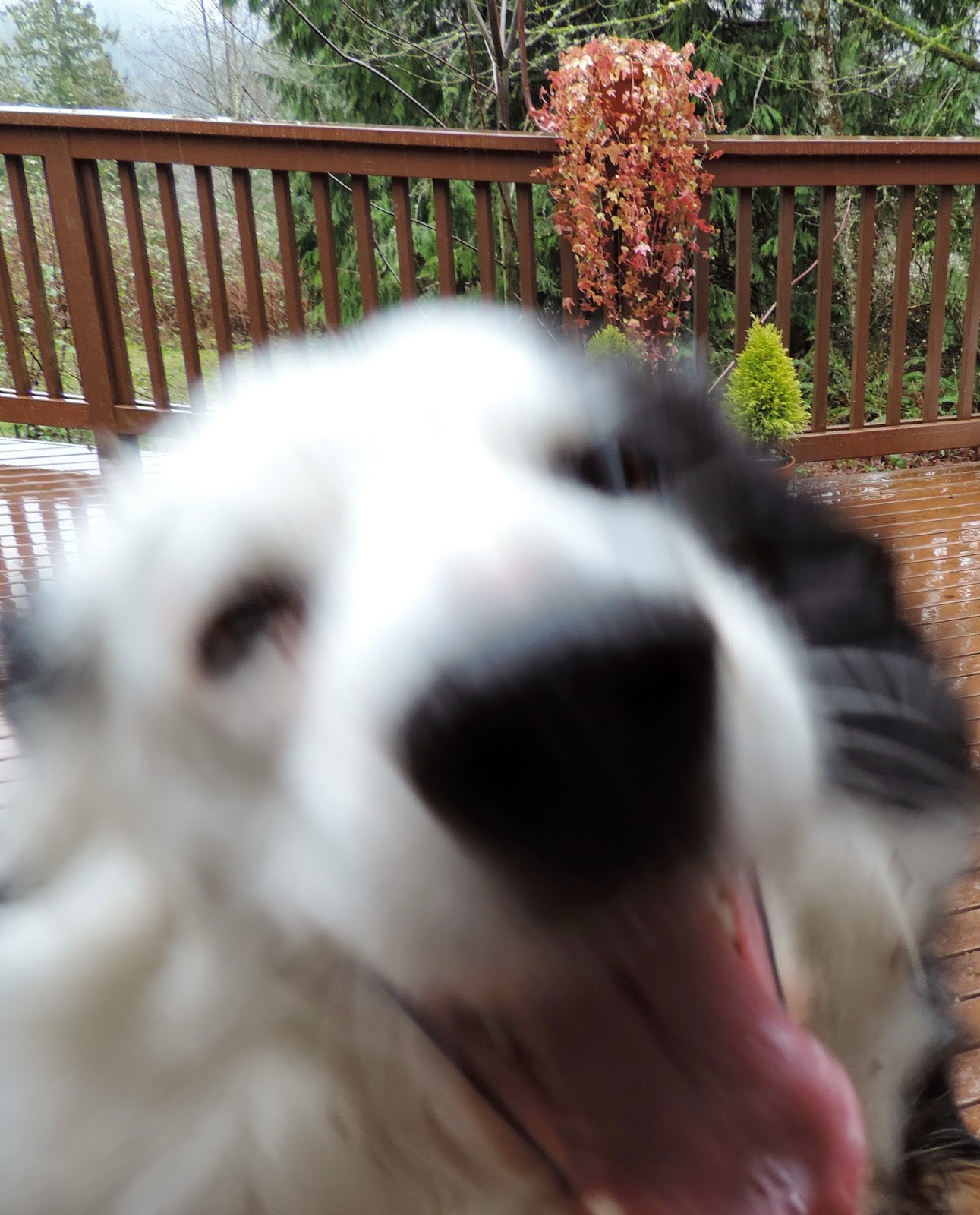 We were on our own, but Champ gradually
lost his distrust of people and became
a lovable, goofy, energetic
companion, full of joy and energy
and constantly wanting to play ball.

He especially loved my Ramblin' Man and they
were inseparable when the Mr. was home.

But we couldn't completely stop
one of  his behavior's and that
was the aggressive reaction to frustration
or loud noises, such as gun shots,
power tools, even my vacuum cleaner.
If we were aware of these things,
we would lovingly calm him down
and put him in his safe place on his bed
in the kitchen.

But when we were unaware,
or didn't catch him in time,
he would rip and tear
and swallow things whole. He had two previous
operations for bowel obstruction
due to swallowing foreign objects
before we adopted him. 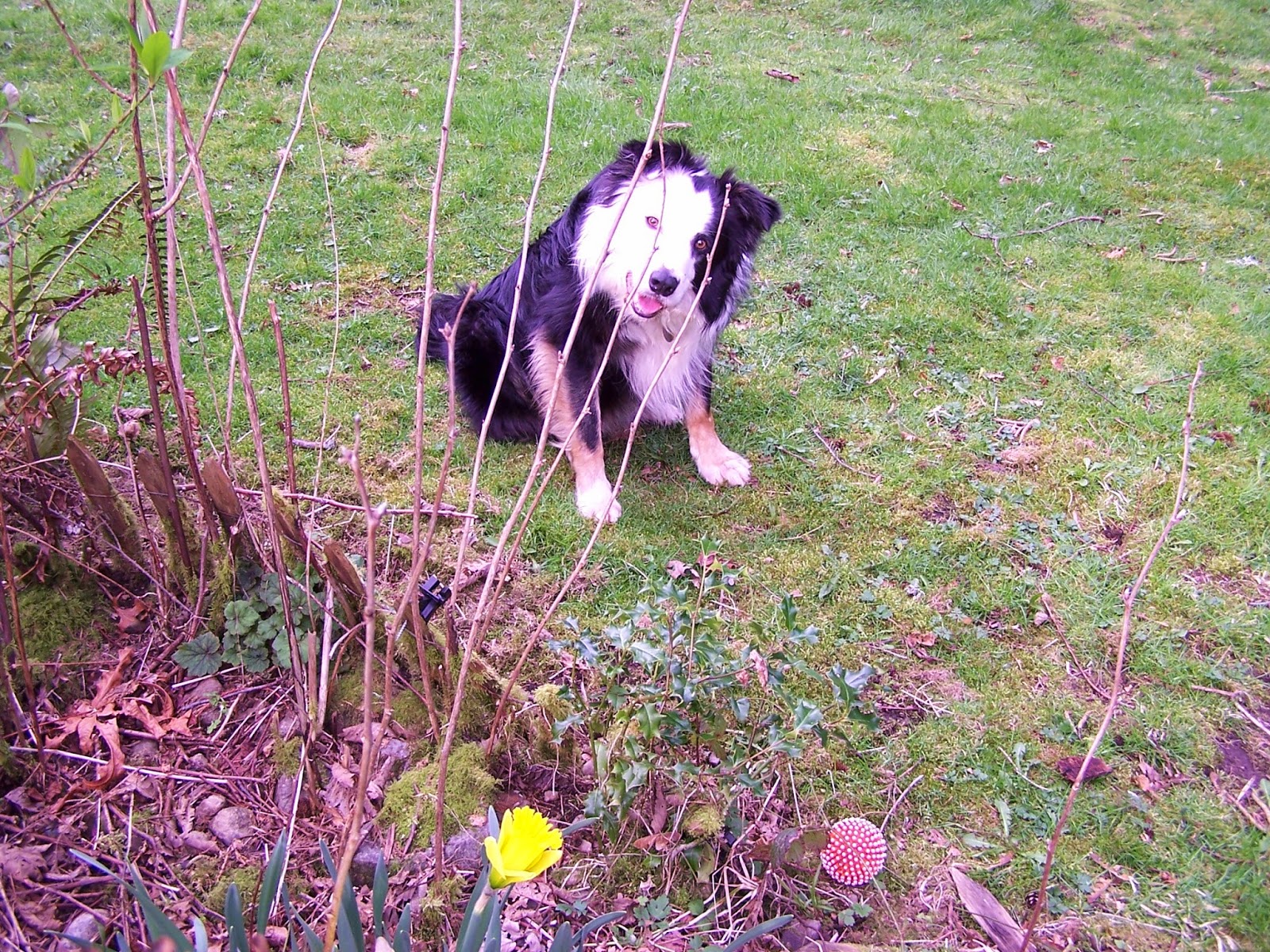 That is how we lost our beloved companion
in the early hours of Monday morning.

We noticed he was walking a little 'hunched',
with his tail tucked,  Sunday morning,
although he seemed fine later in the day,
but by evening it was clear that
there was something very wrong.

We could see the pain in his eyes
and this normally energetic dog,
was lethargic and reluctant to move.

Earlier in the day, someone was shooting a gun
in the valley below,and we found Champ
ripping up mouthfuls of sod before
we brought him inside.

We took the long, dark ride to the emergency vet clinic,
and after examinations and x-rays,
the prognosis was grave.

He had swallowed a large rock
and it had perforated his intestines.
The vet was clear -
she didn't think he would survive.

And so, we had to say goodbye
to this brave and courageous dog,
who survived his early abuse and trauma,
only to succumb to the residual effects. 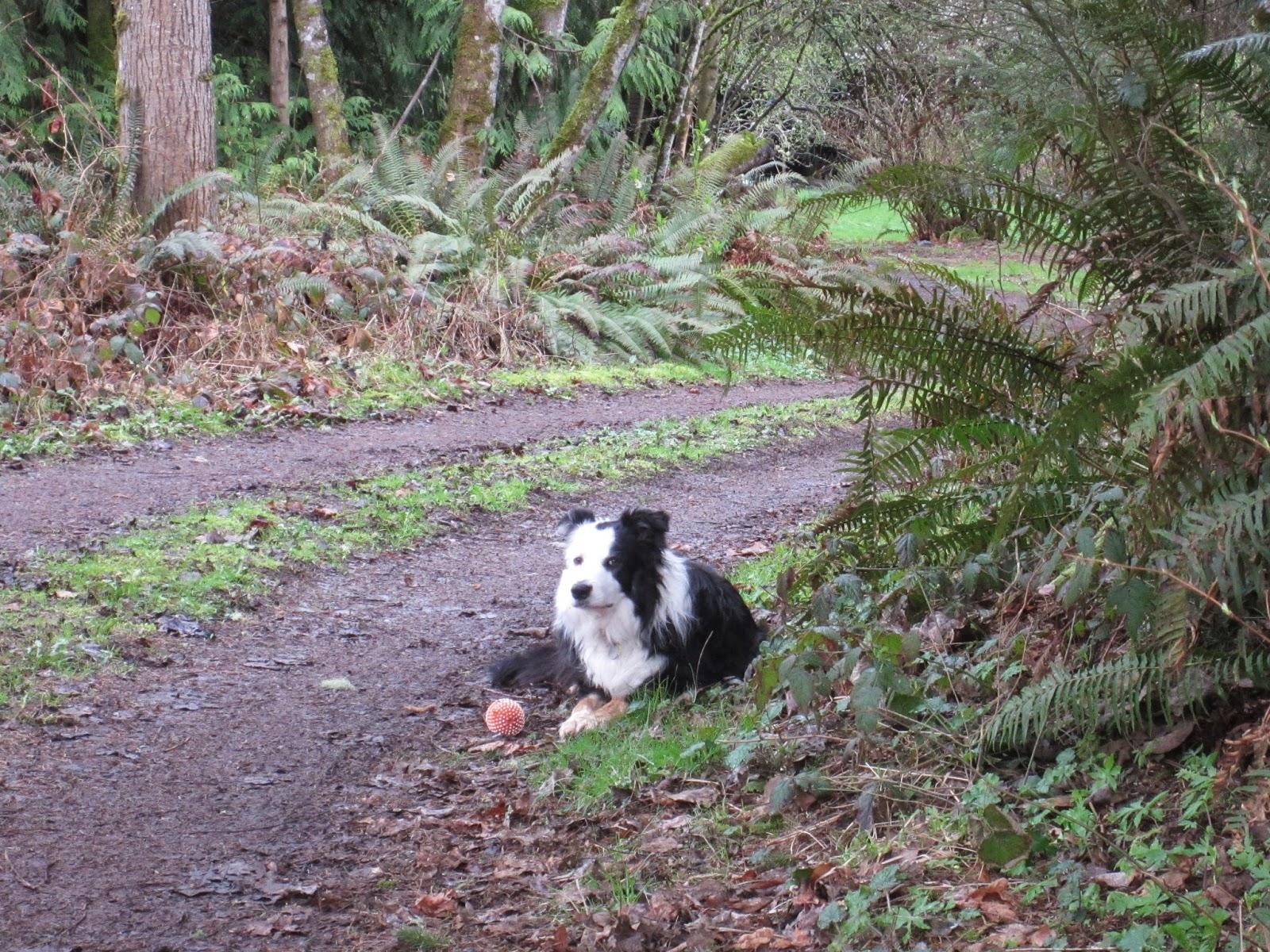 We are completely heartbroken.
He was such a wonderful part
of our little 'circle of trust',
as my Ramblin' Man called us.

Although we only had this remarkable dog
for such a short time,
he taught us so many things.
The value of unconditional love,
joy, patience, tolerance,
resilience and the value of play.

He had just recently started smiling
- actually smiling in such a loving and trusting way.
His once wary eyes were soft with
love and trust - something that we knew
was very difficult for him. 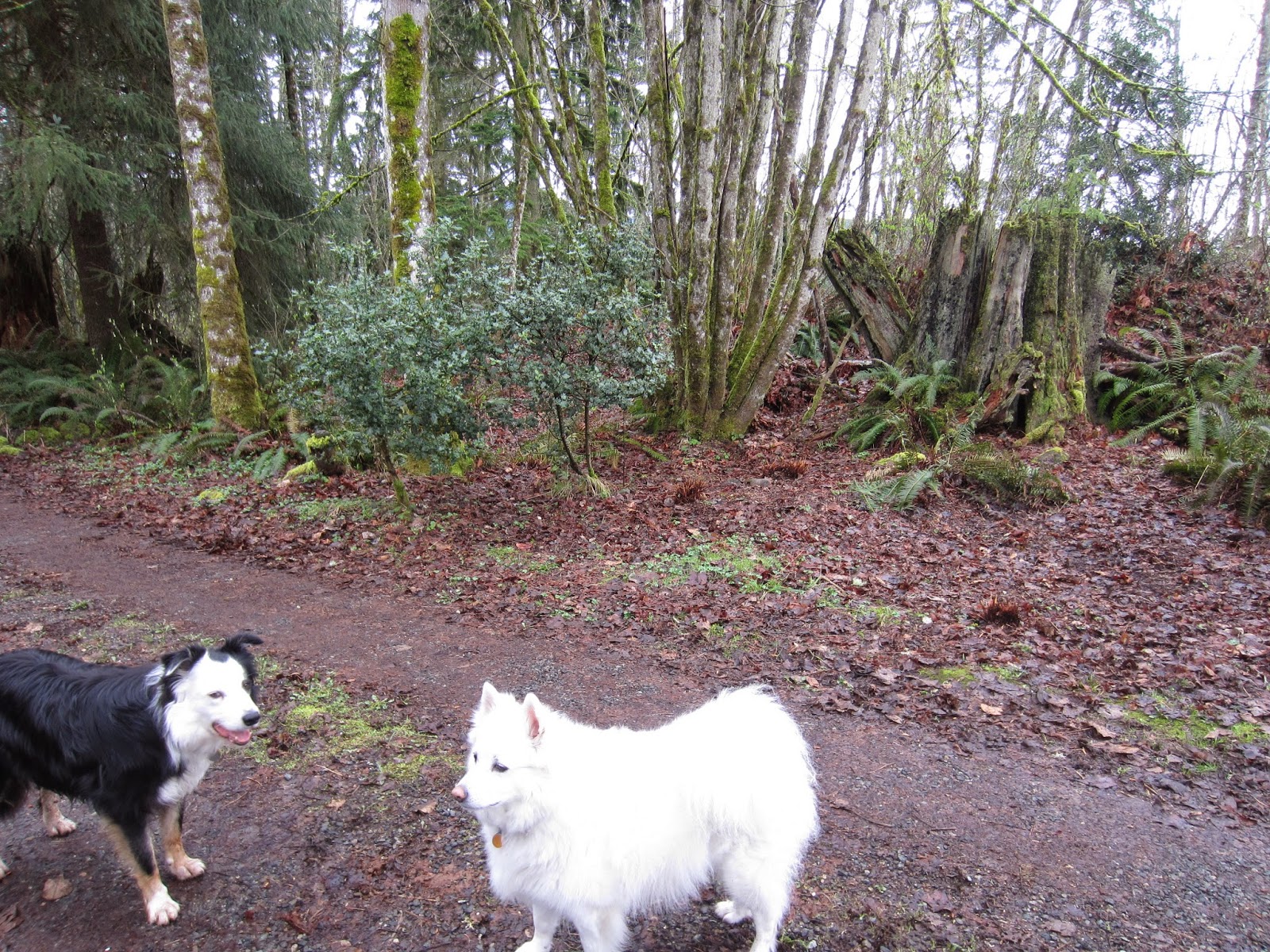 Now poor Whitey has lost his best friend
once more, and so have we.

I like to think that he is romping in doggy paradise
right now, reunited with Joy, his foster Mom,
hiking the trails together once more.

Some companions leave indelible marks
on your spirit,
and Champ was one.

We didn't rescue him, he rescued us.
Our life has been enriched immeasurably by
the humble love and devotion
of this courageous dog.

We will always love and miss you, Champ.
We will never forget you.
Rest in Peace, our beloved friend.