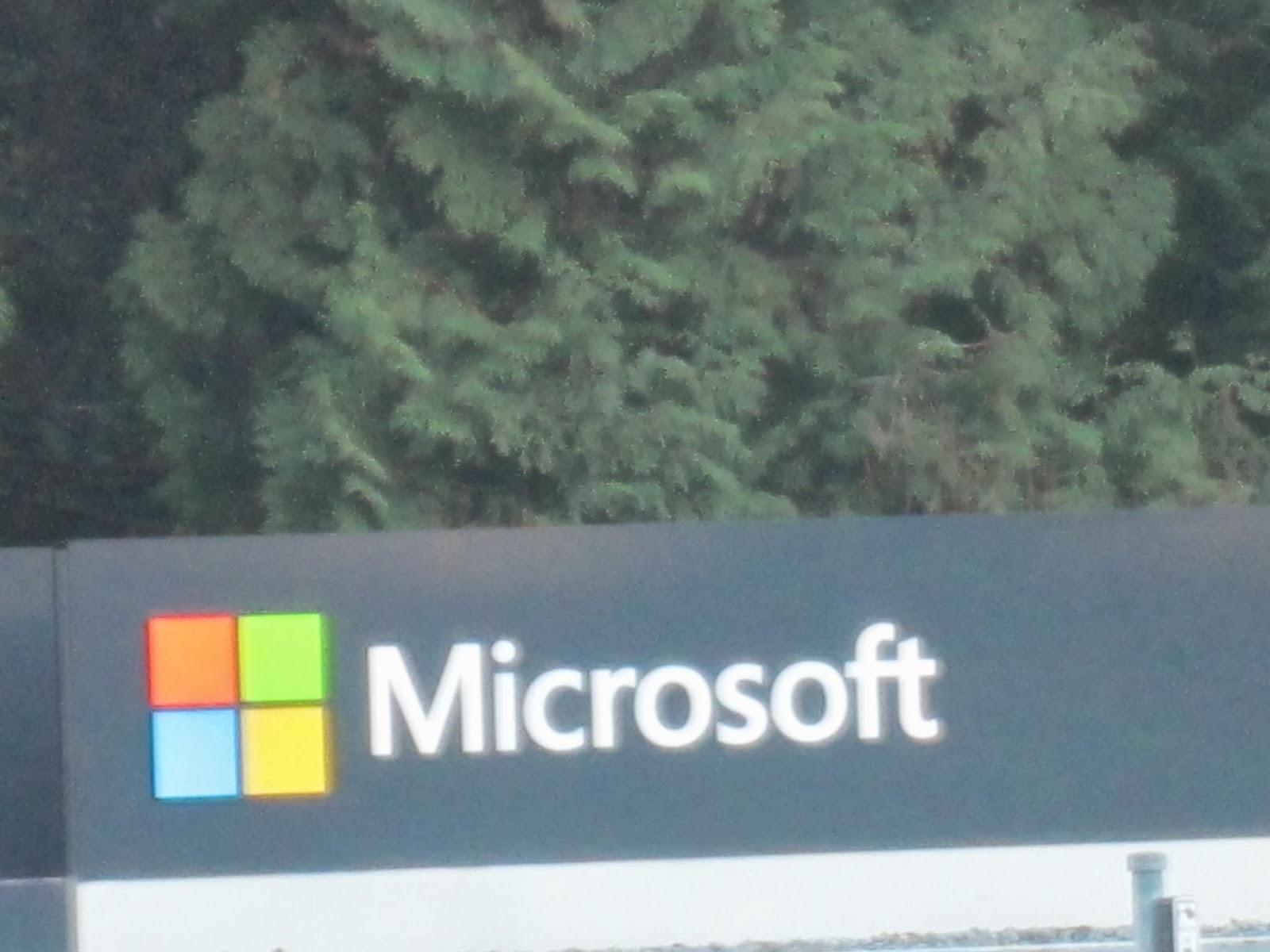 Last Friday, we spent the afternoon with my eldest son, Gabe.

We met at the Microsoft Campus in Redmond, WA where he works as a computer engineer.

We were greeted with a warm smile.

It is a rare treat to spend an afternoon with this very busy young husband,
dedicated employee, and new home owner.

But he was very happy to set aside time to show us where he spends his days. 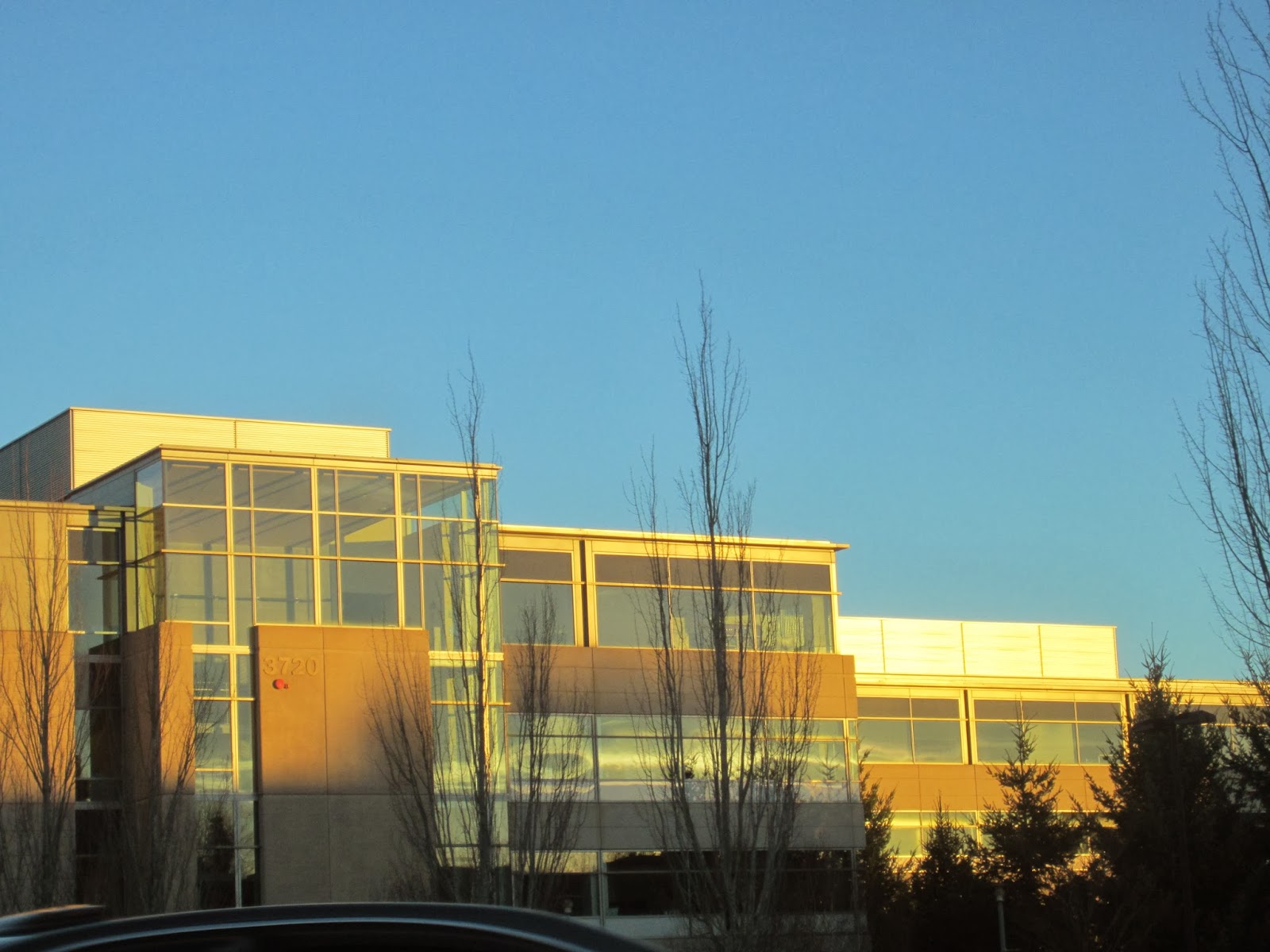 As he took us on a quick drive around the campus he told us some interesting facts.

Microsoft headquarters initially moved onto these grounds on Feb. 26, 1986, well before the company went public on Mar. 13th. Since then the headquarters has experienced multiple expansions. 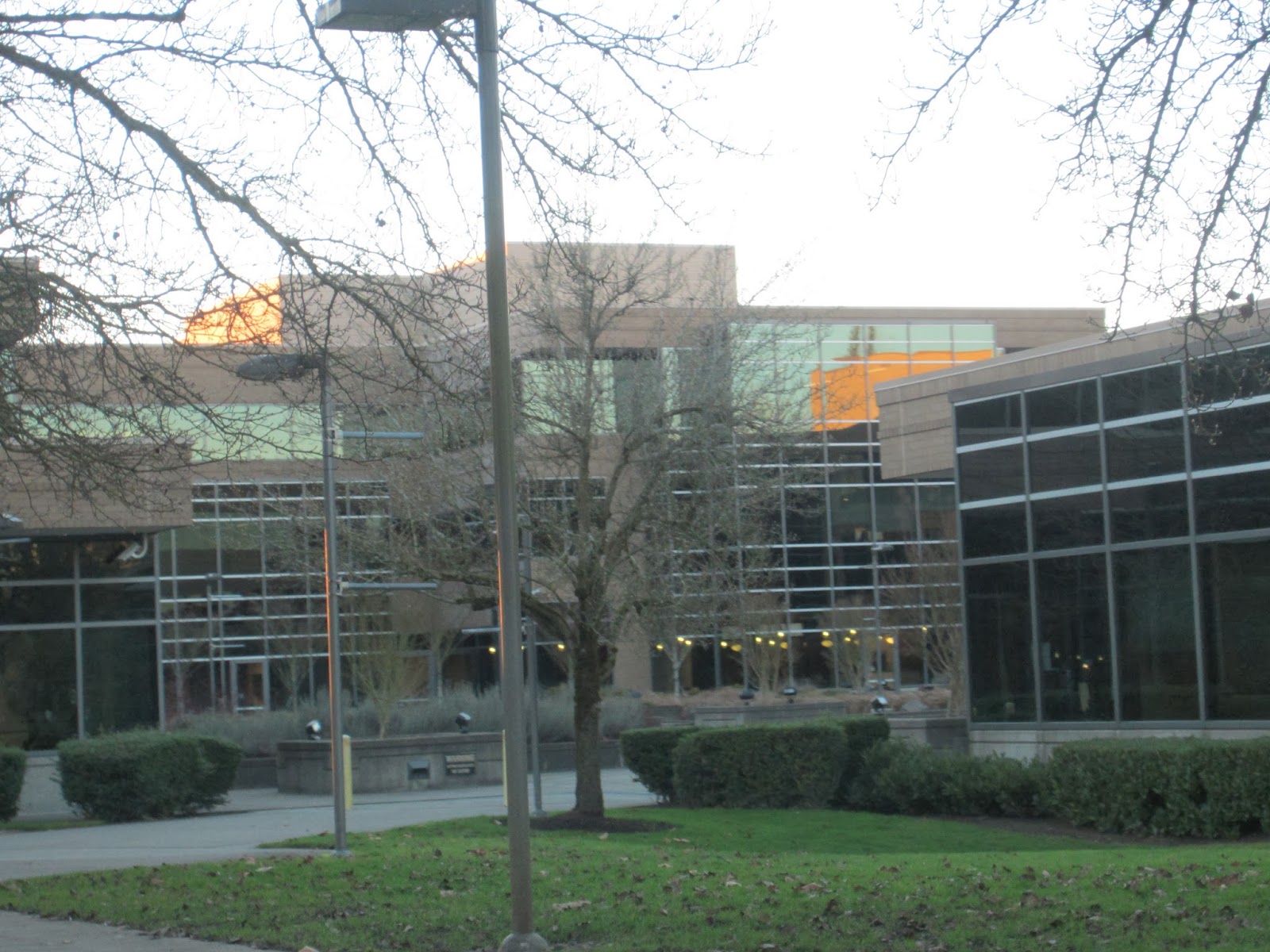 The campus is estimated to encompass over 8 million square feet of office space and 40,000 - 50,000 employees. Additional offices are located in Bellevue and Issaquah with nearly 100,000 employees worldwide. 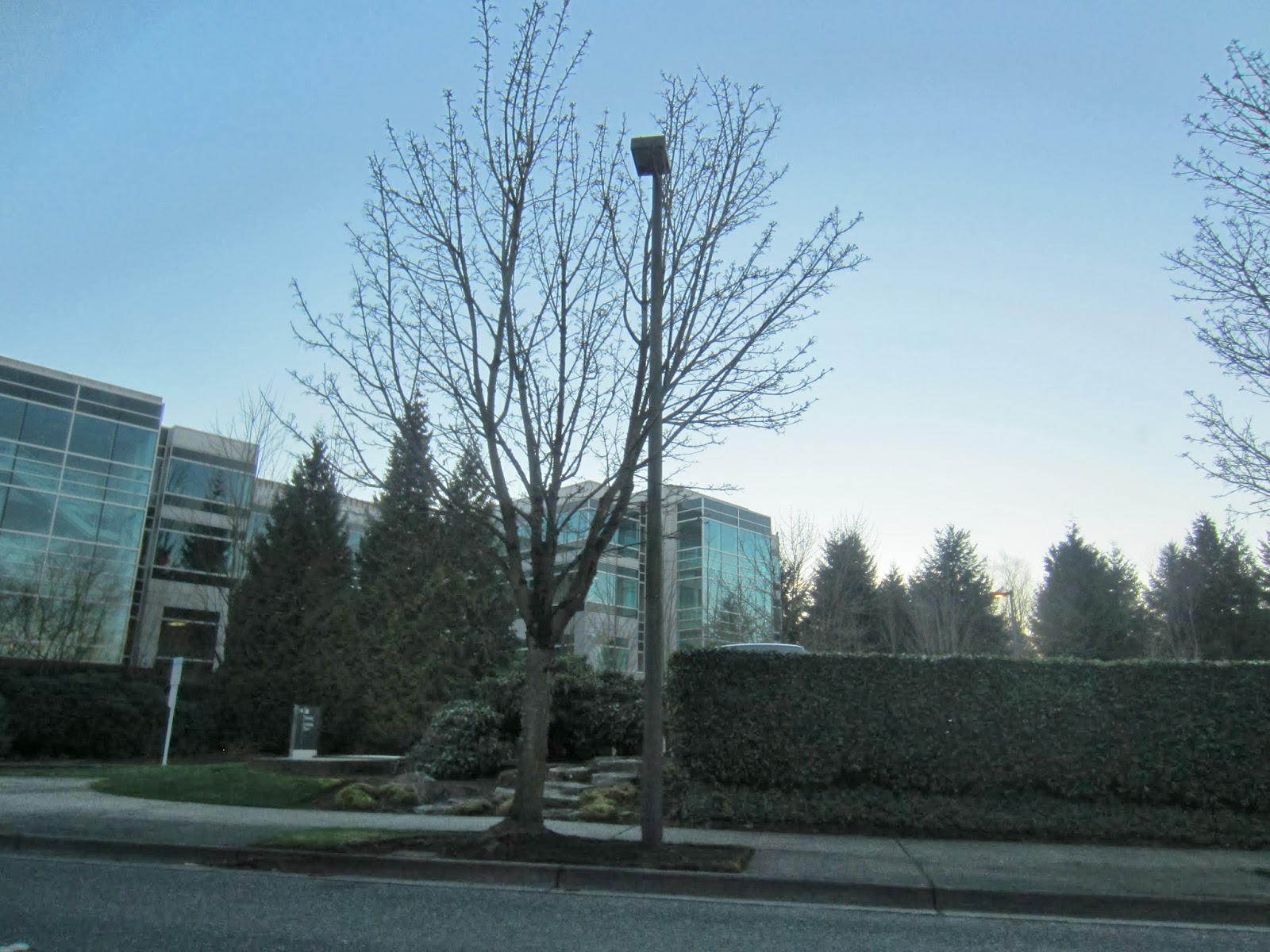 Each building is unique in a beautiful park-like setting.

To see more photos of the most notable buildings on campus, View Here 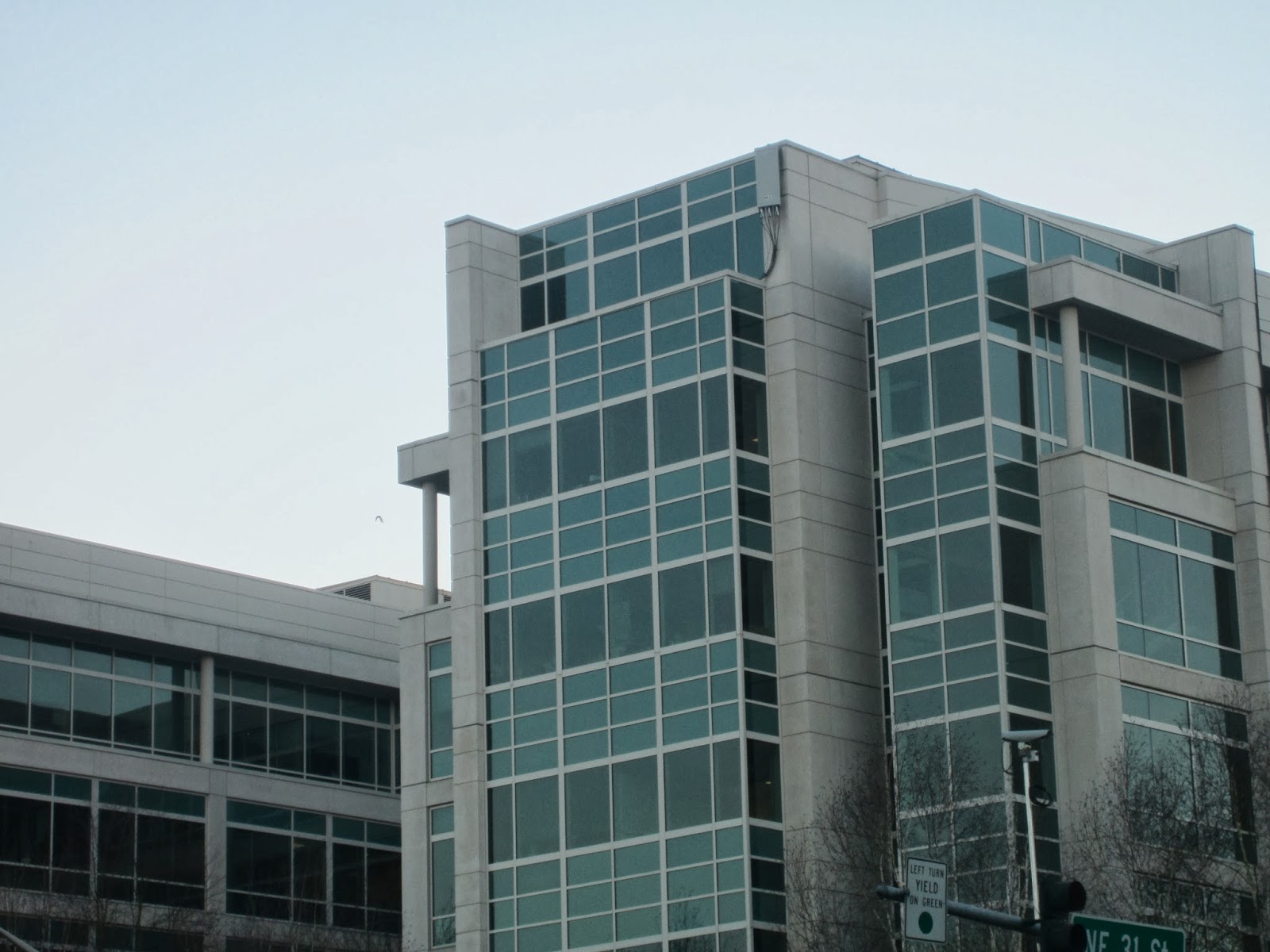 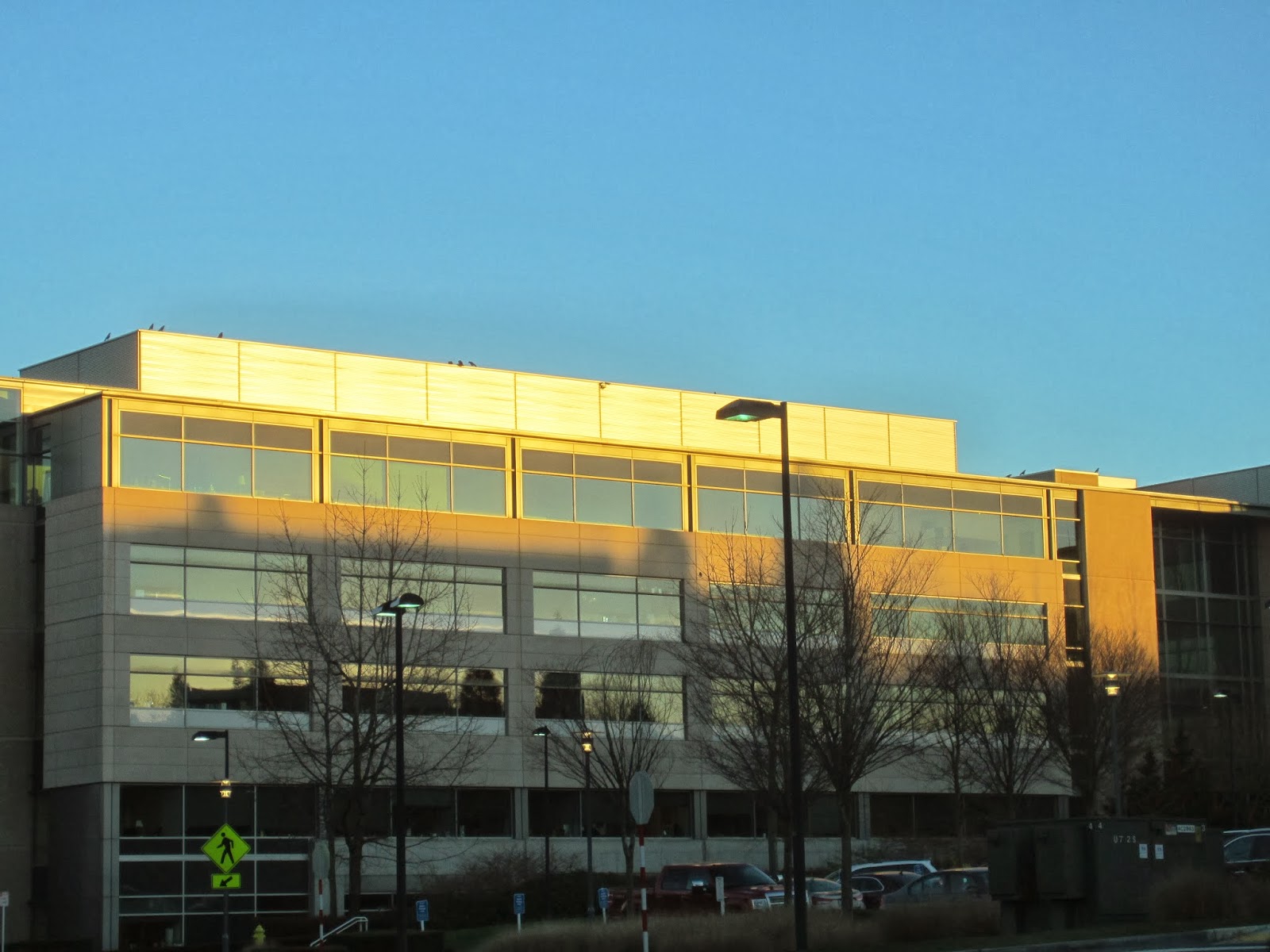 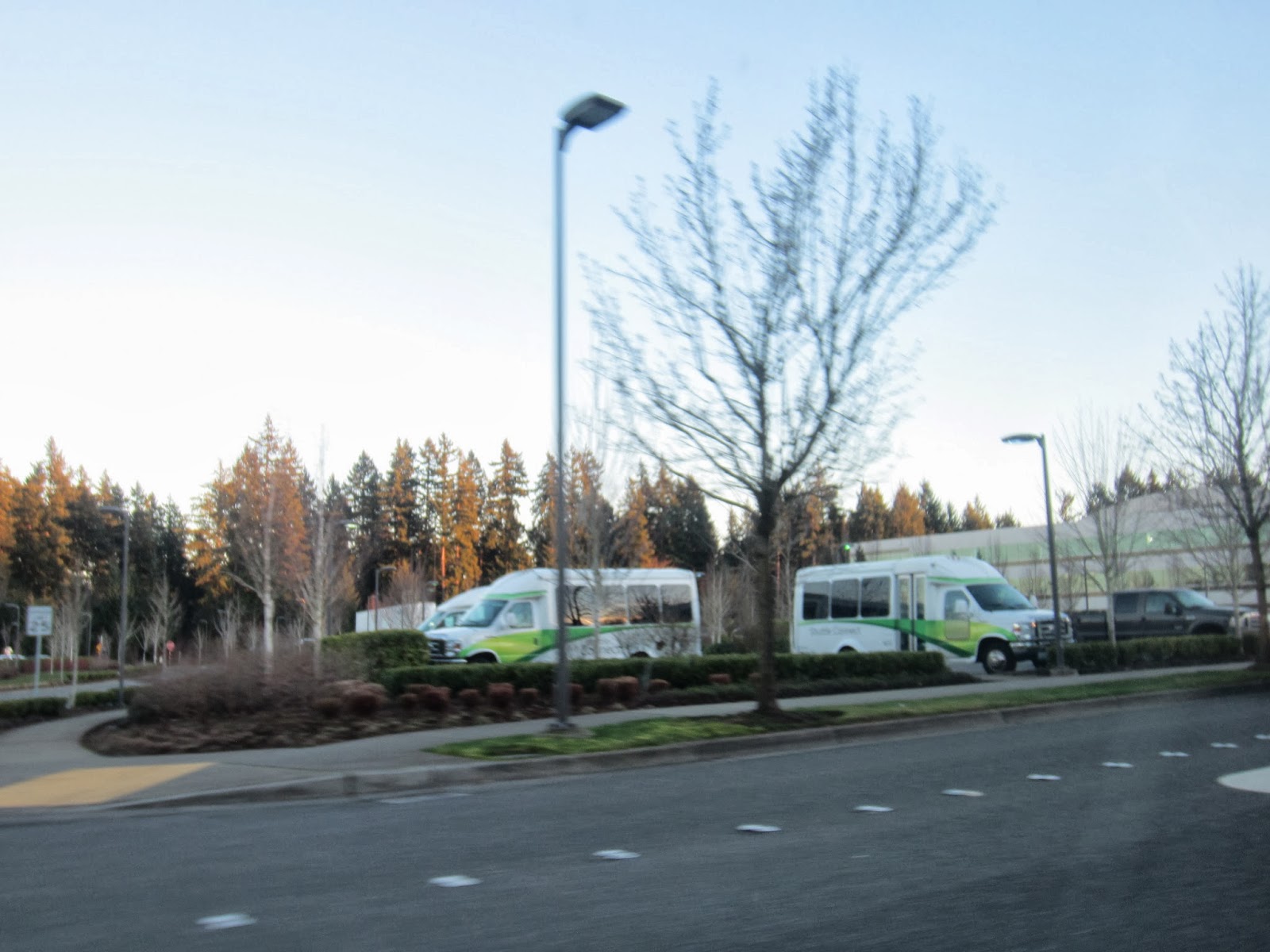 Smaller, personal shuttles operate for one or two people. 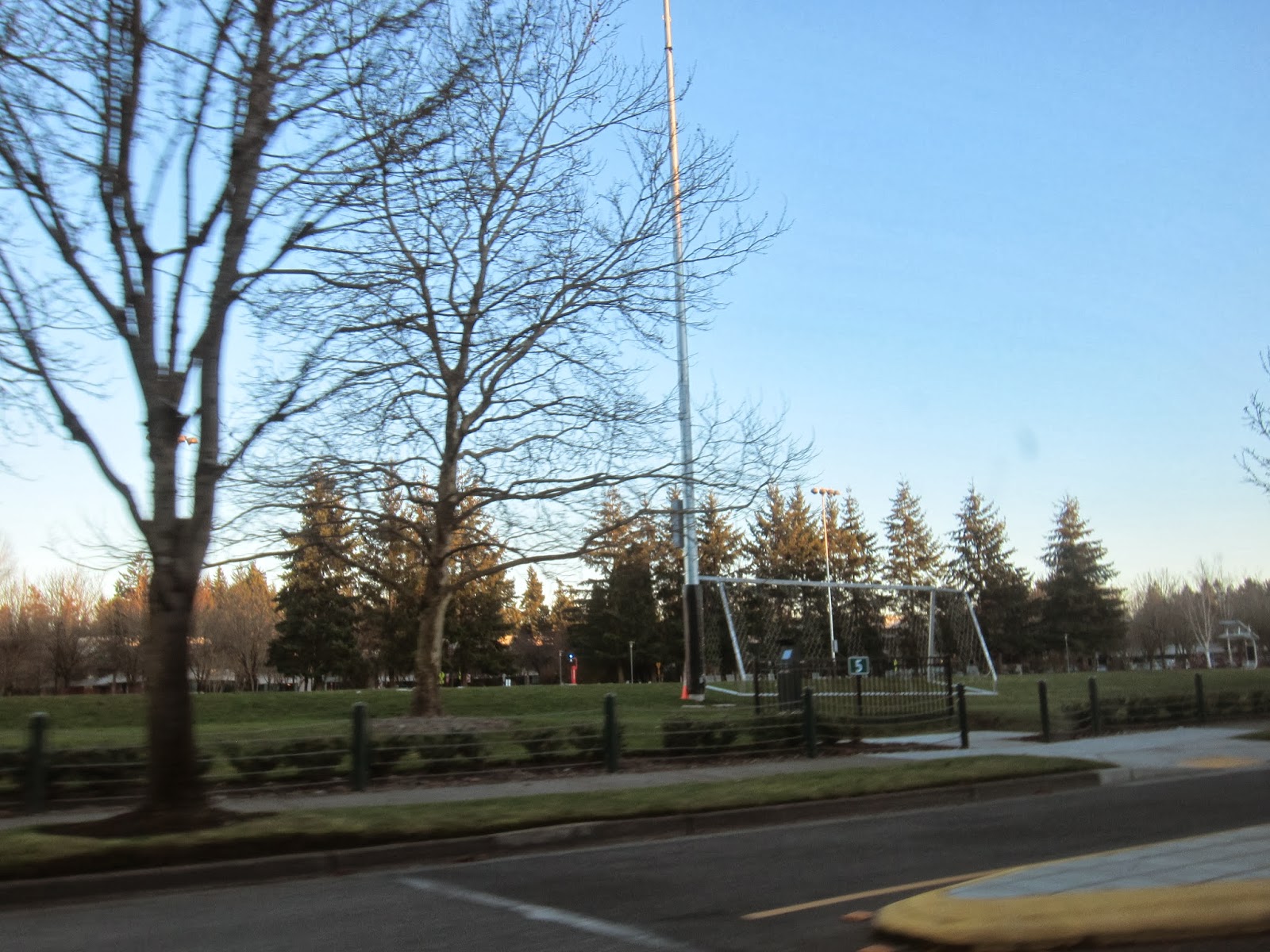 This one is sporting soccer nets.

Teams practice for the season after hours. 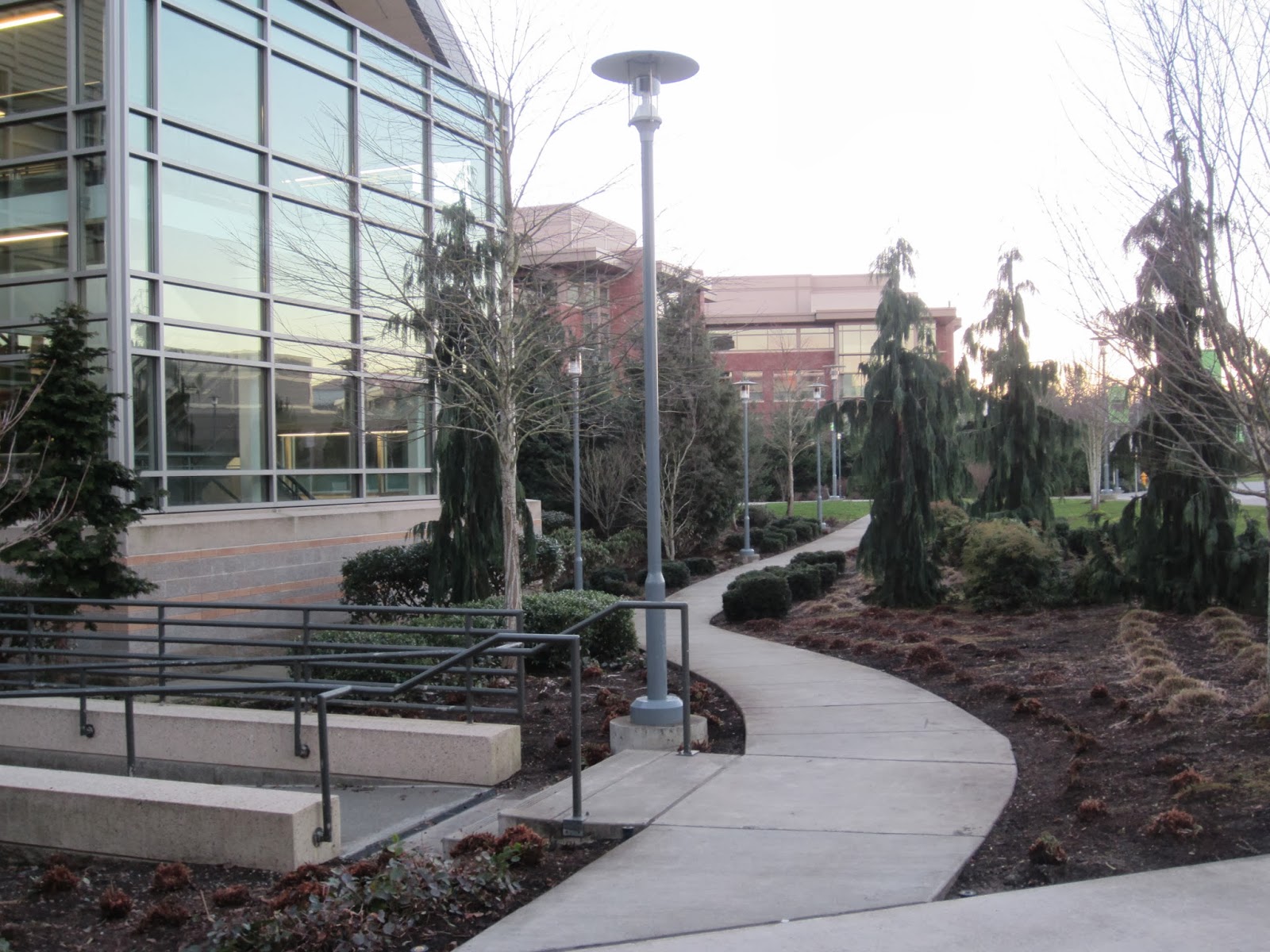 Beautiful walkways lead the way to 'The Commons'. 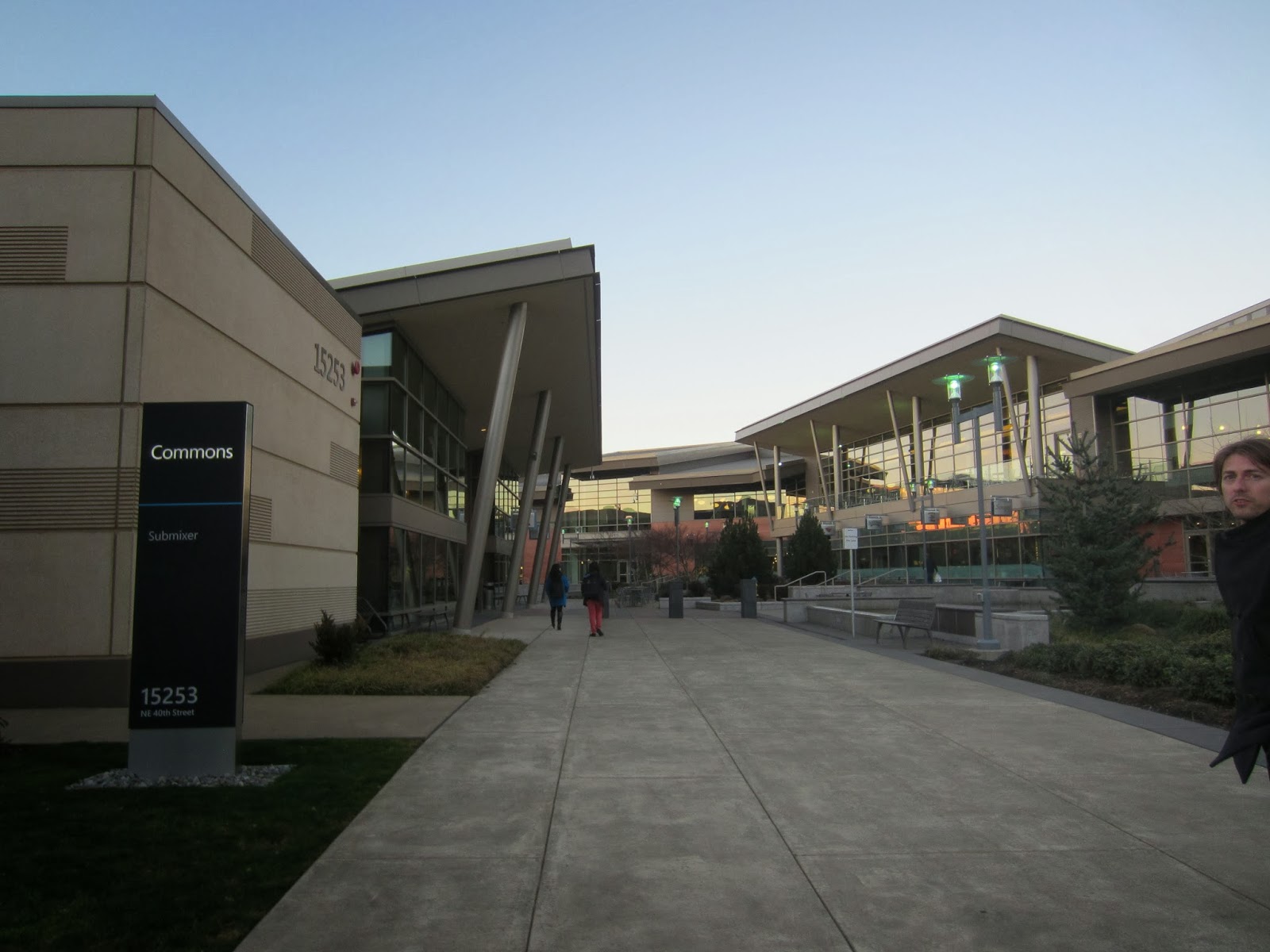 This is an area of shops, restaurants, hair salons, etc.

There is even a clinic. 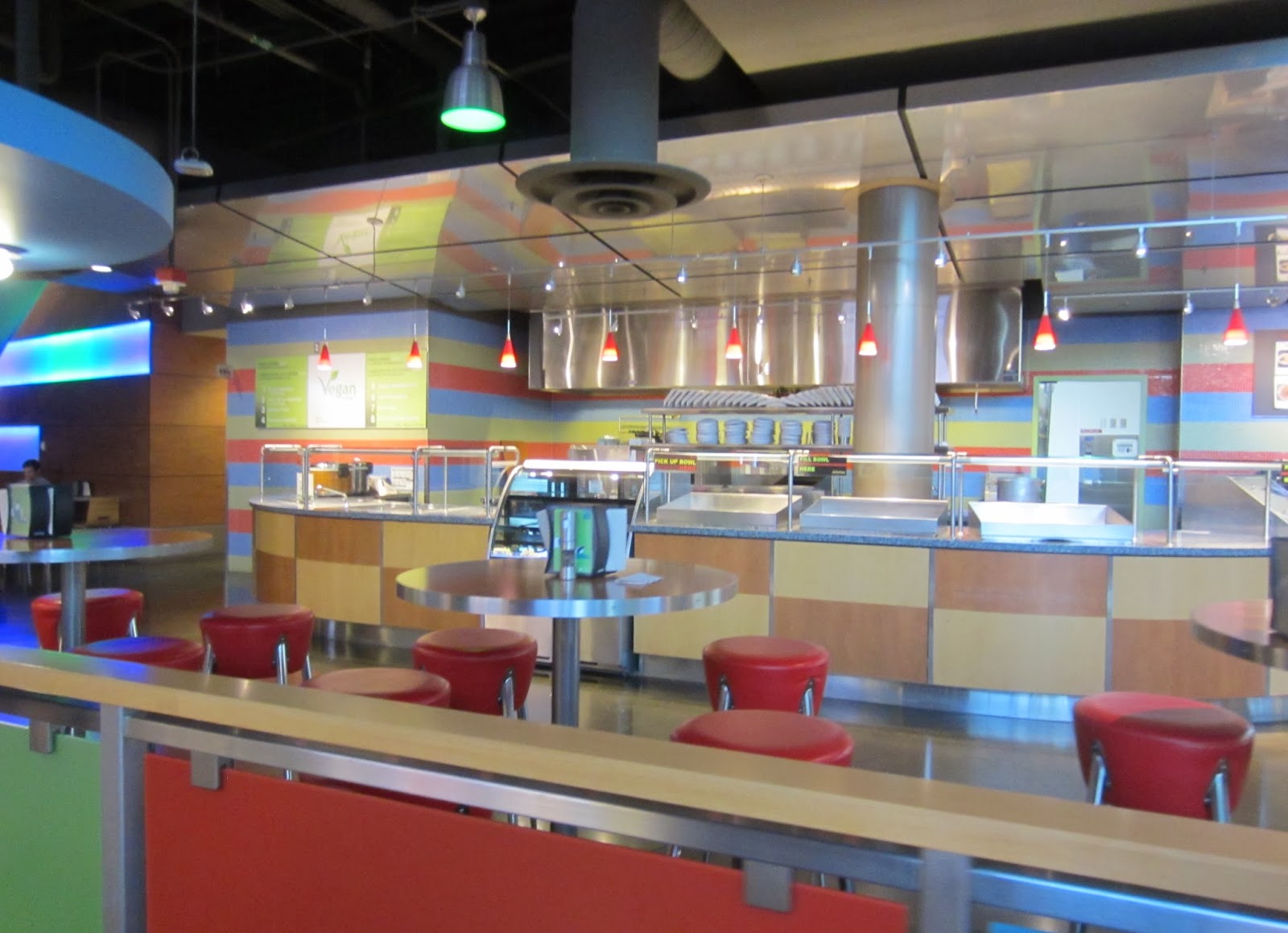 We arrived a little after hours,
when the majority of people had left for the weekend,
so I had some great photo ops.

Here one cafe has a retro-modern vibe. 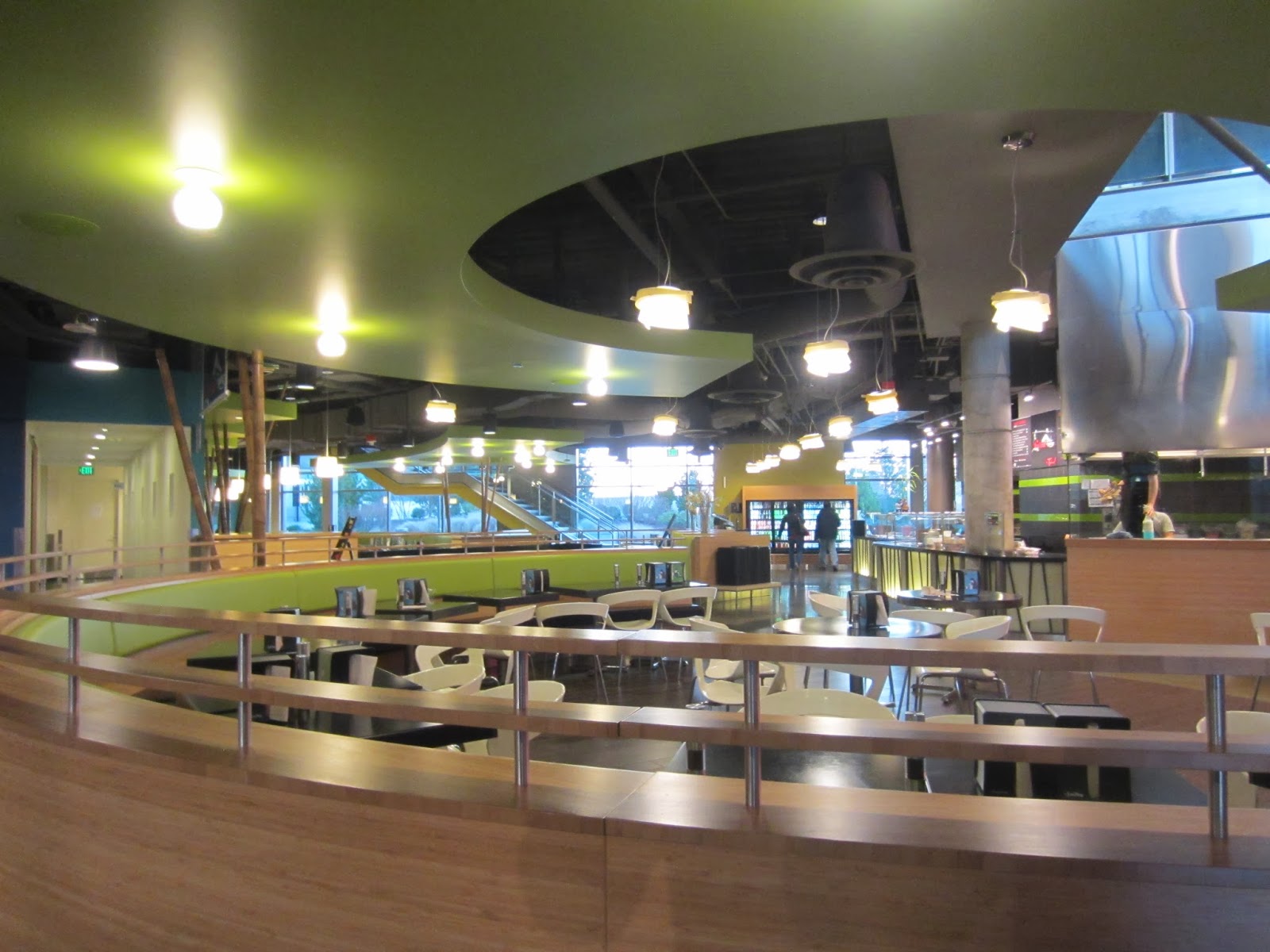 This one is very futuristic. 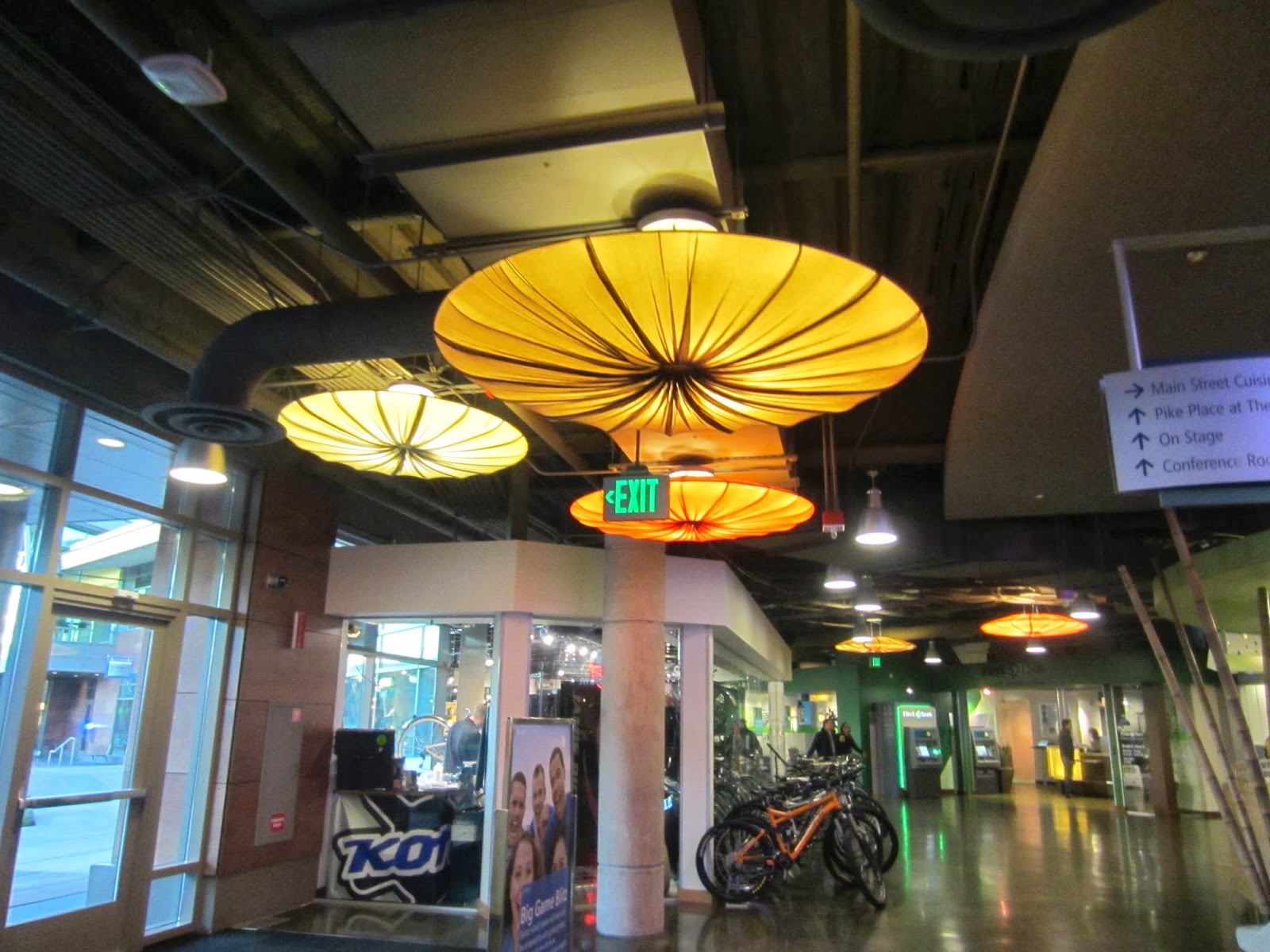 This is an actual bicycle shop. 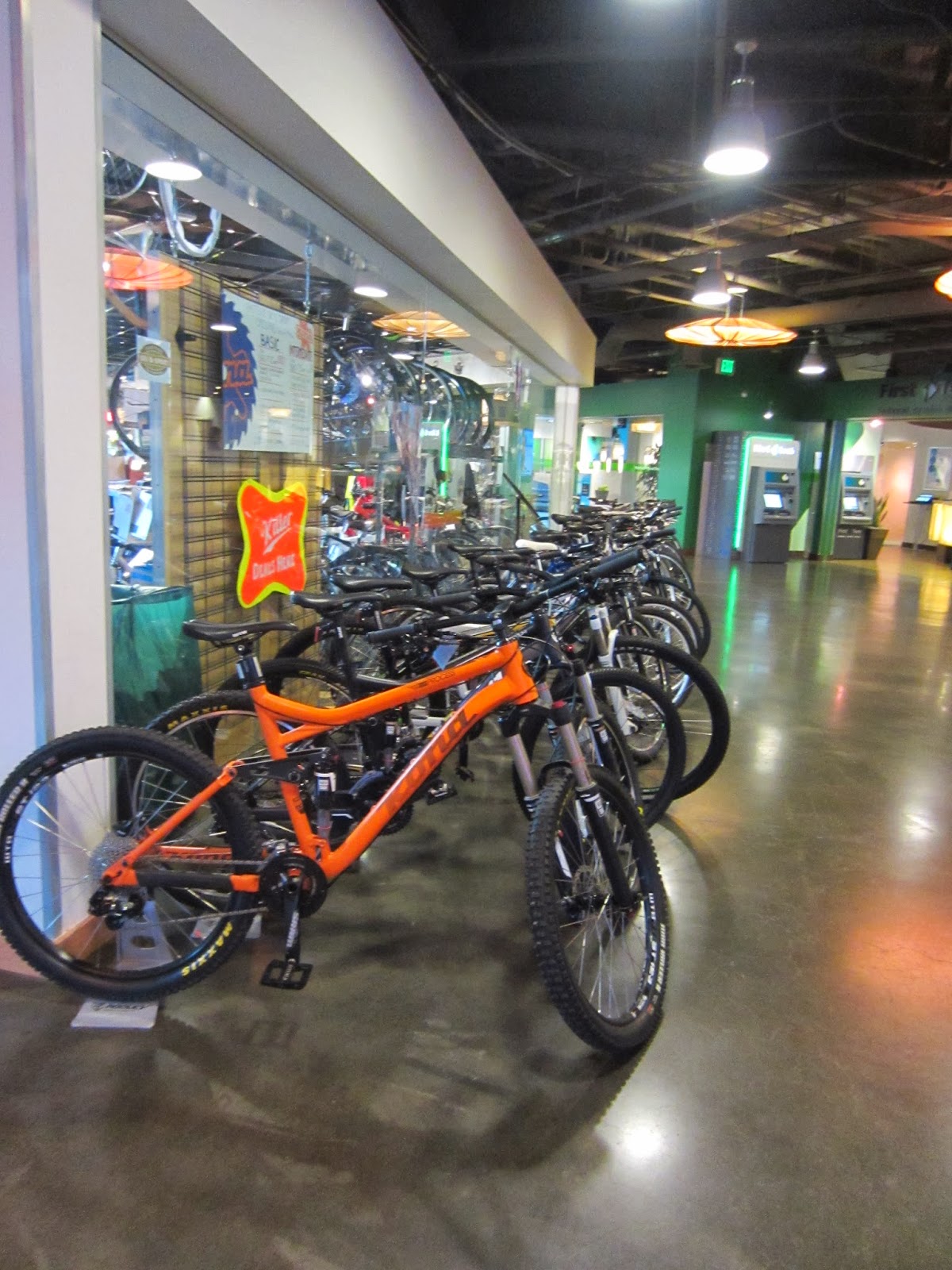 Bicycles are the best way to get around campus. 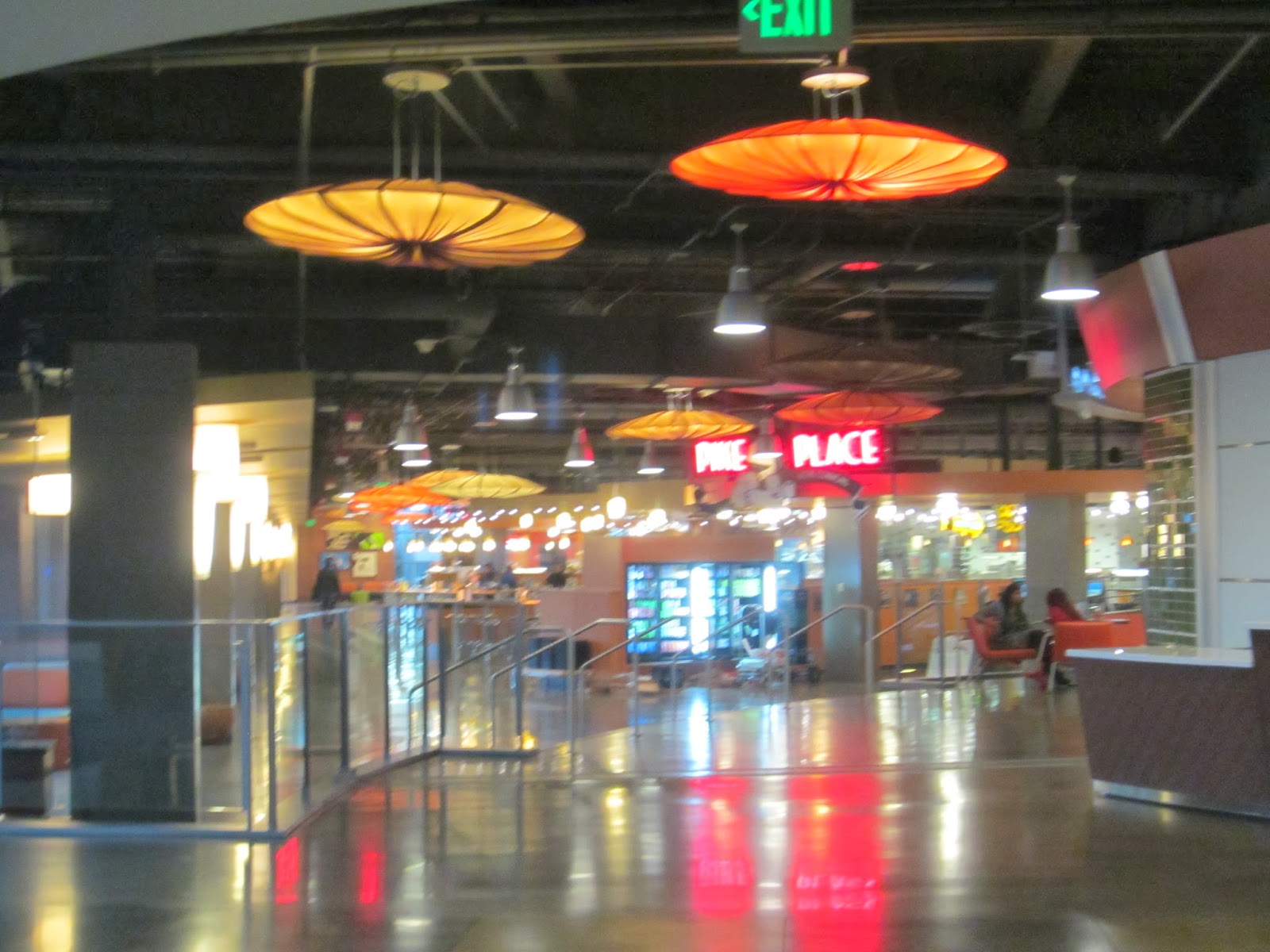 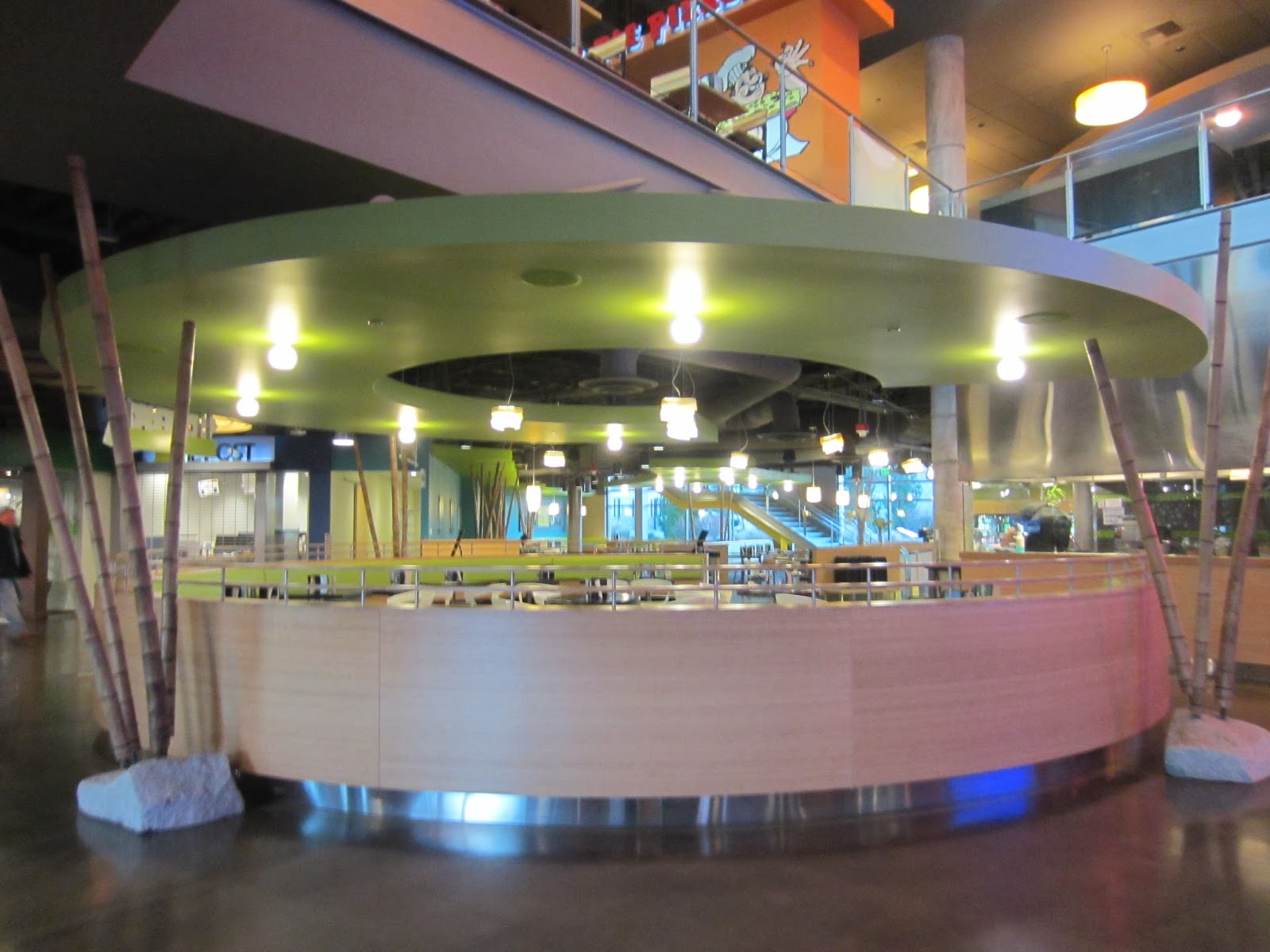 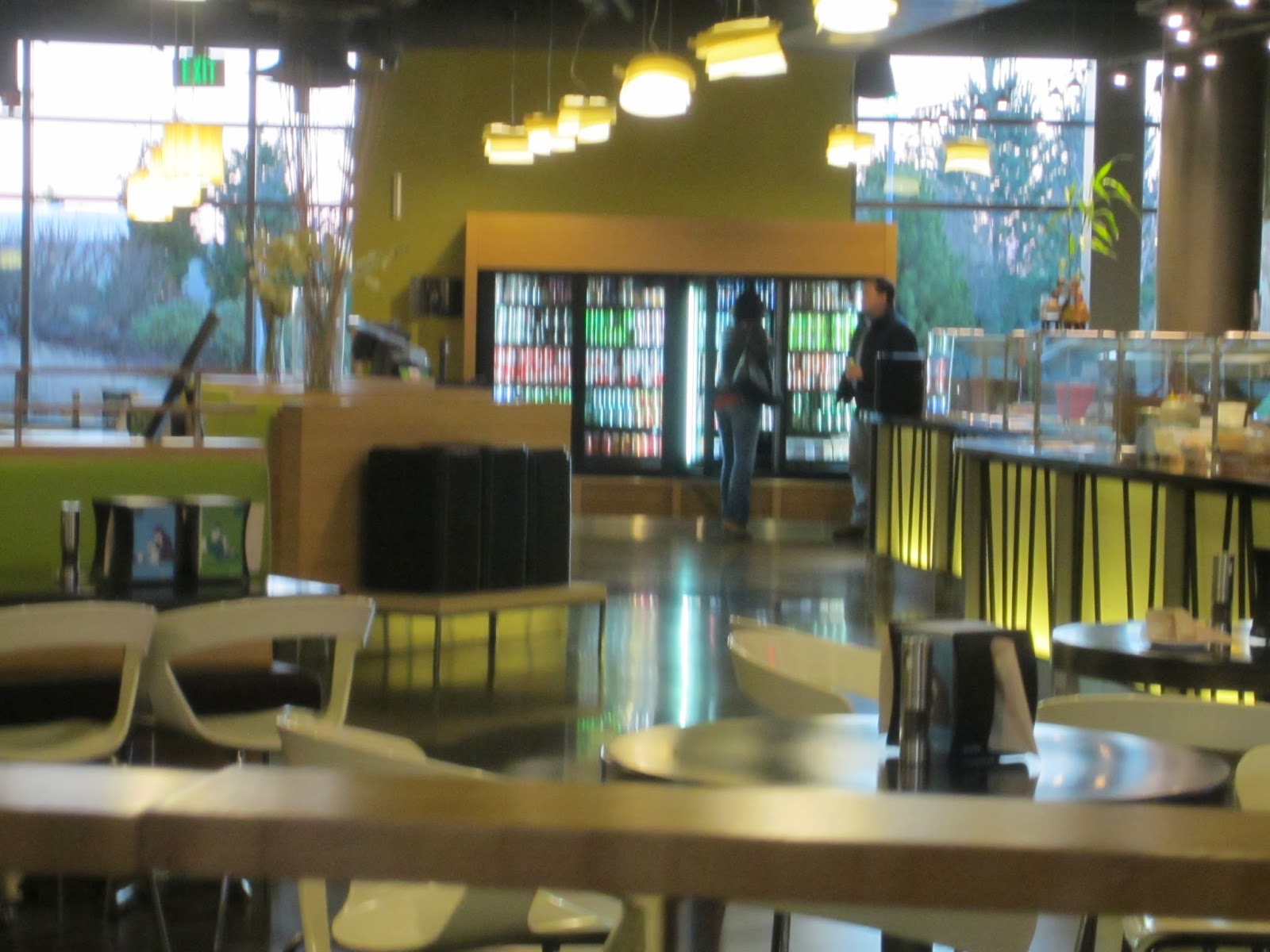 Each cafe serves a different menu. 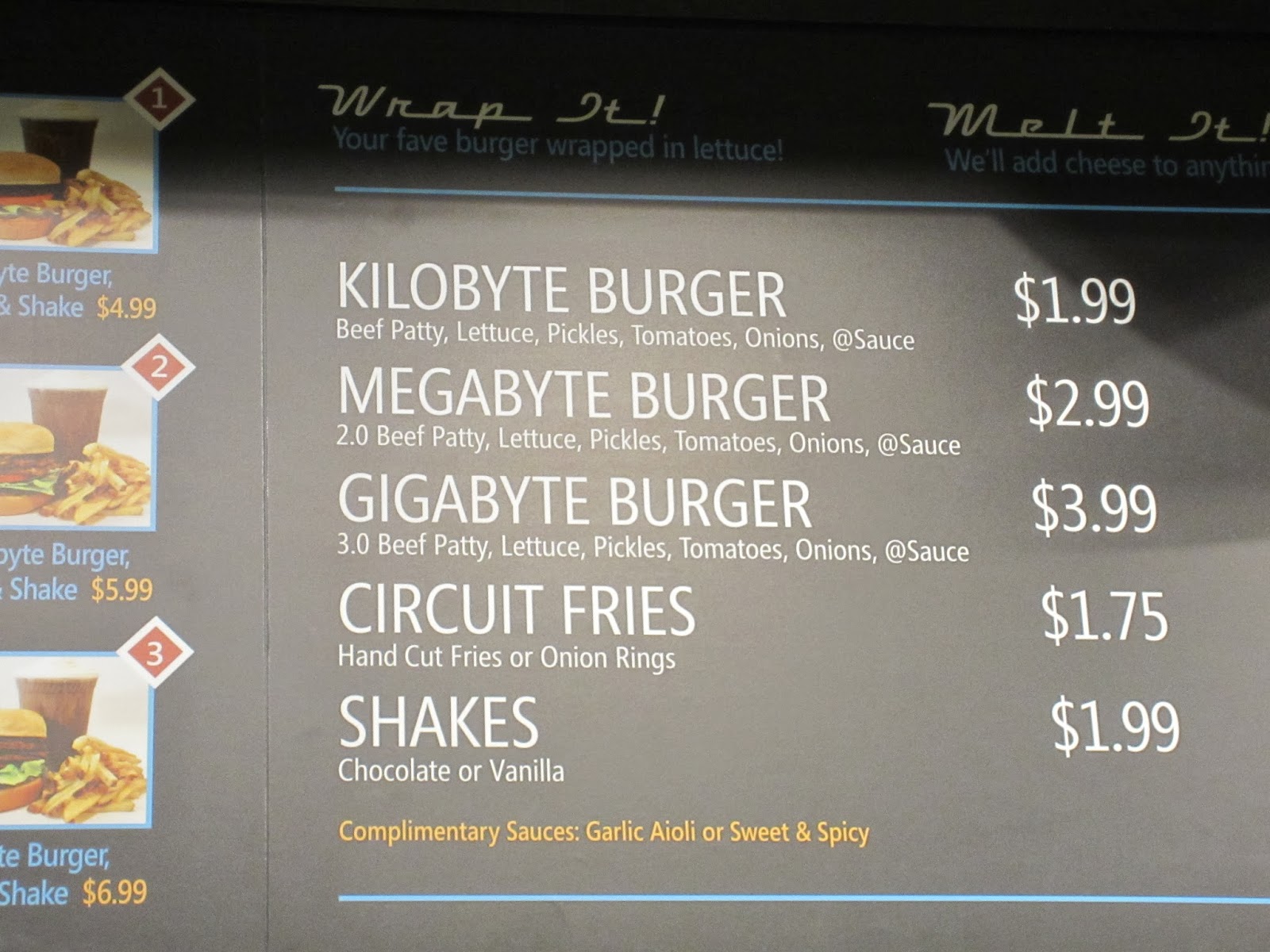 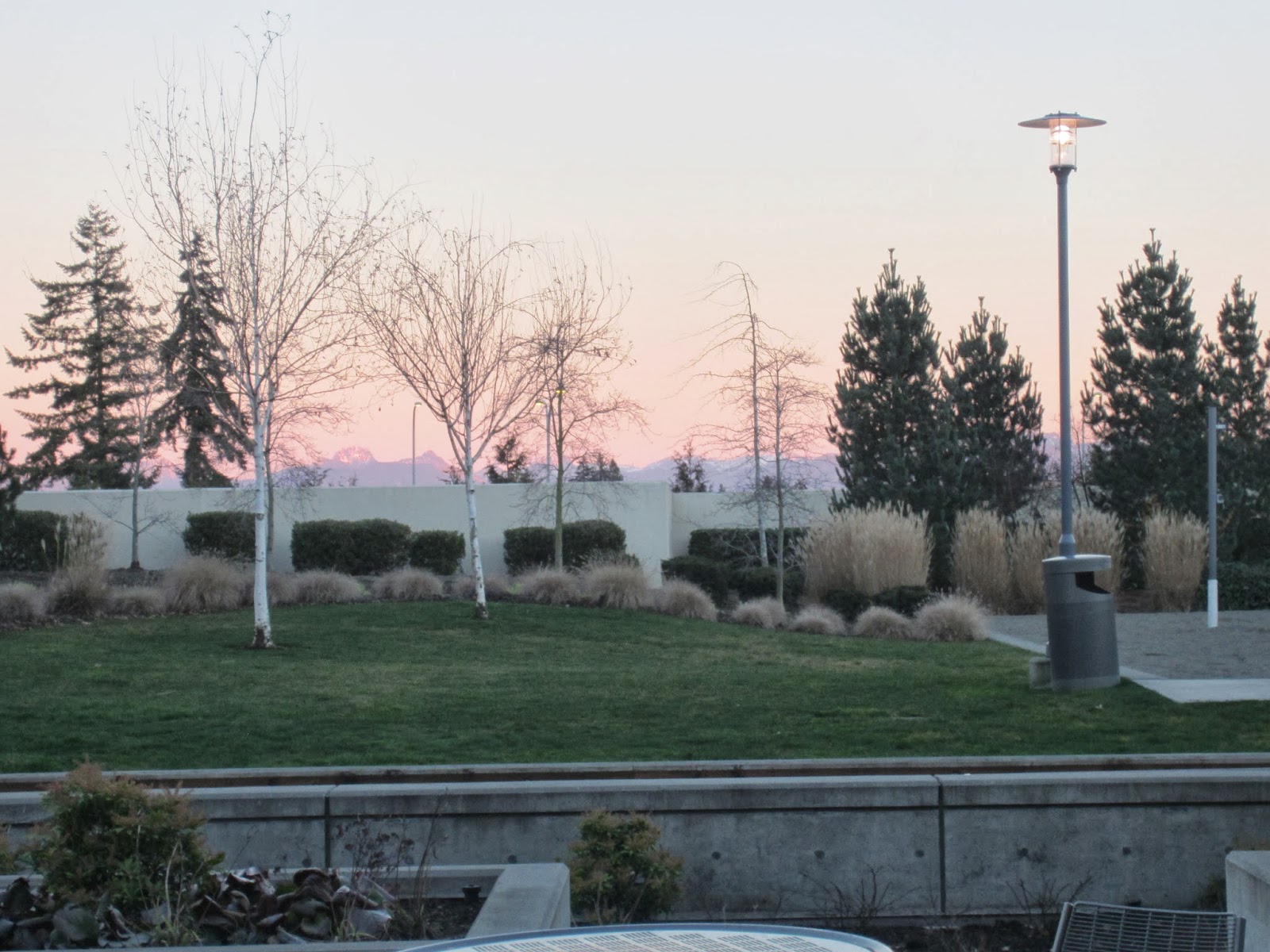 Tables outside overlook the Olympic Mountains off in the distance -
on the other side of Puget Sound. 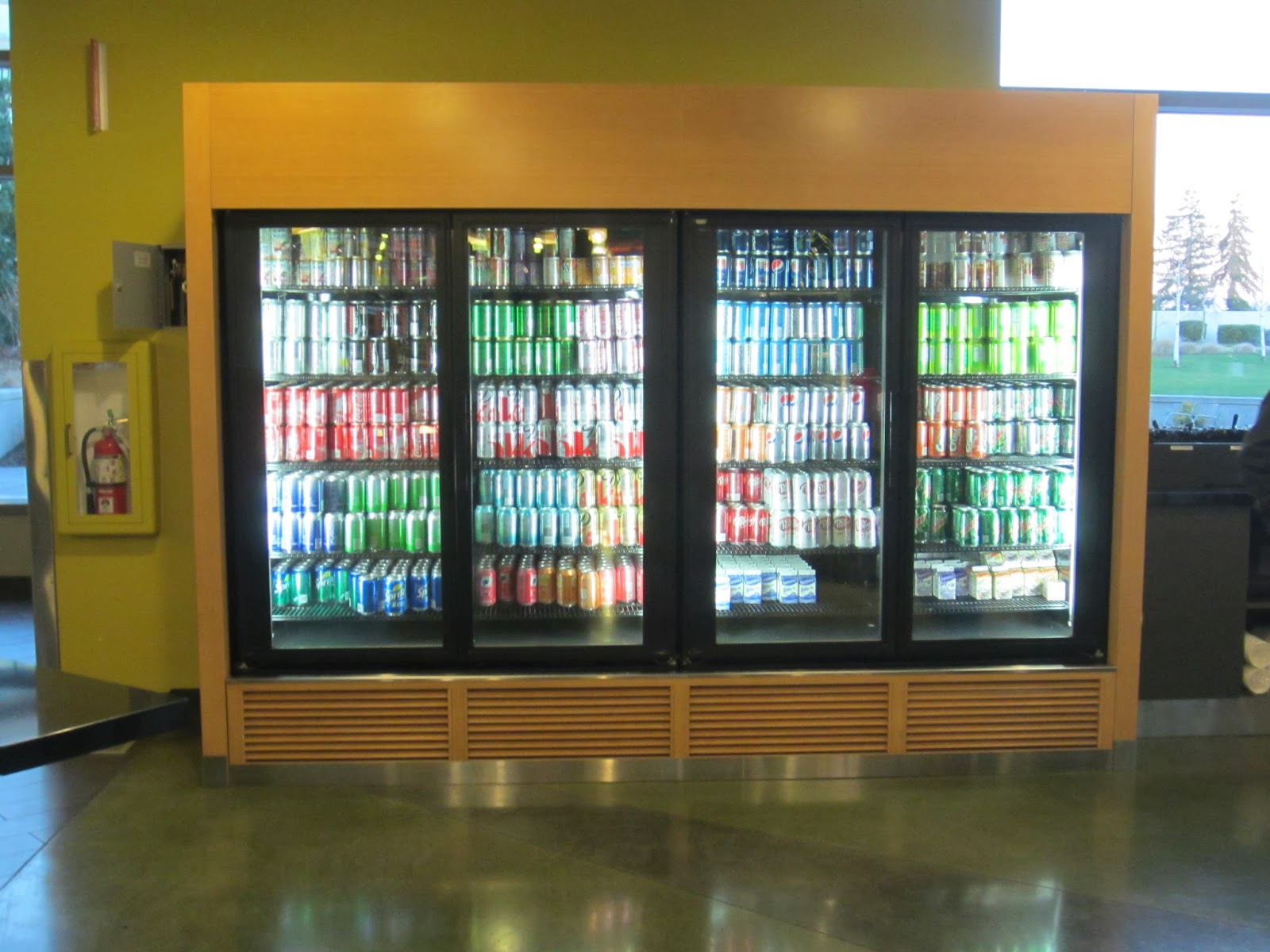 All drinks in the vending machines are free! 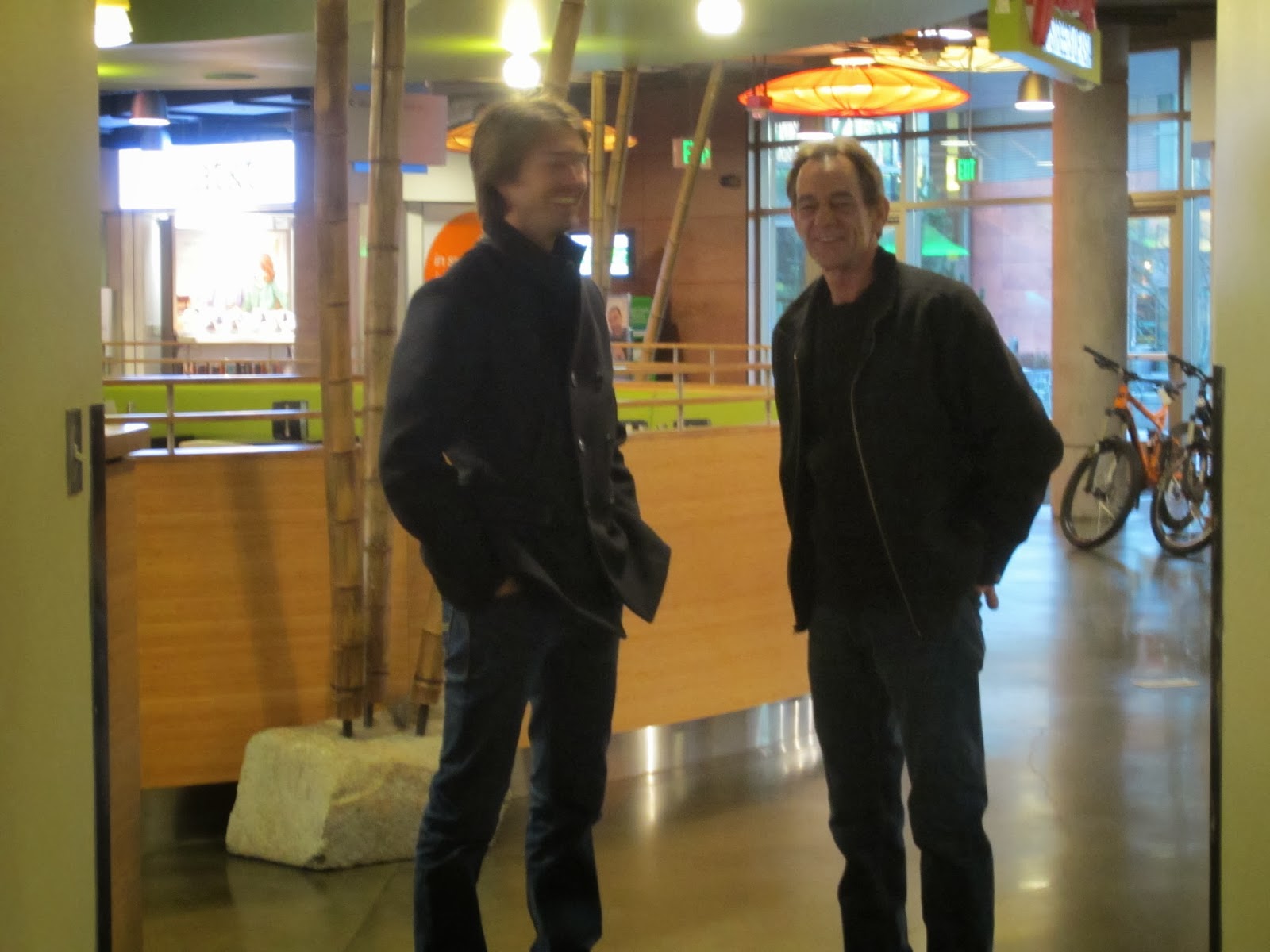 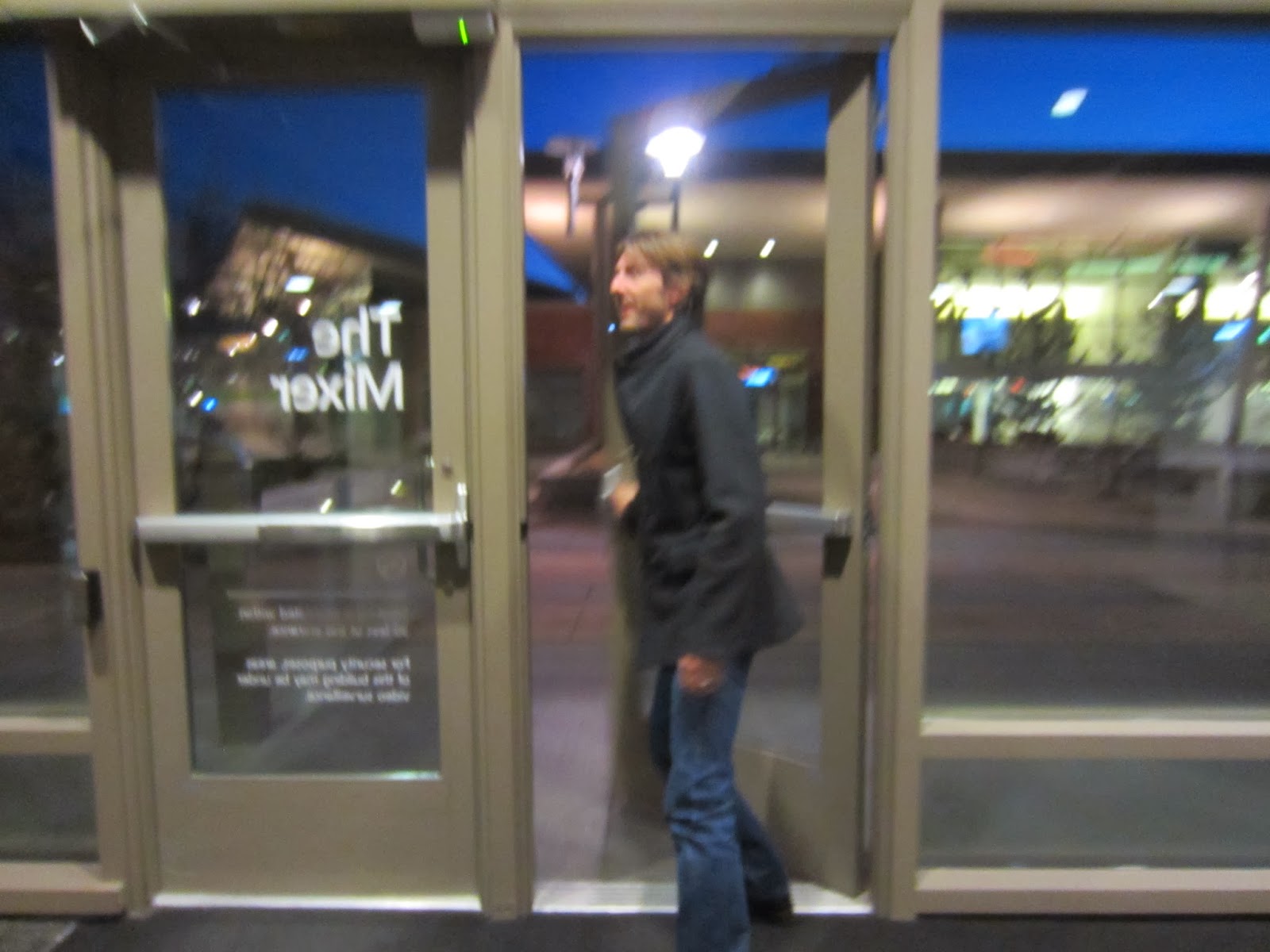 After a bite to eat, we step outside into the clear night air. 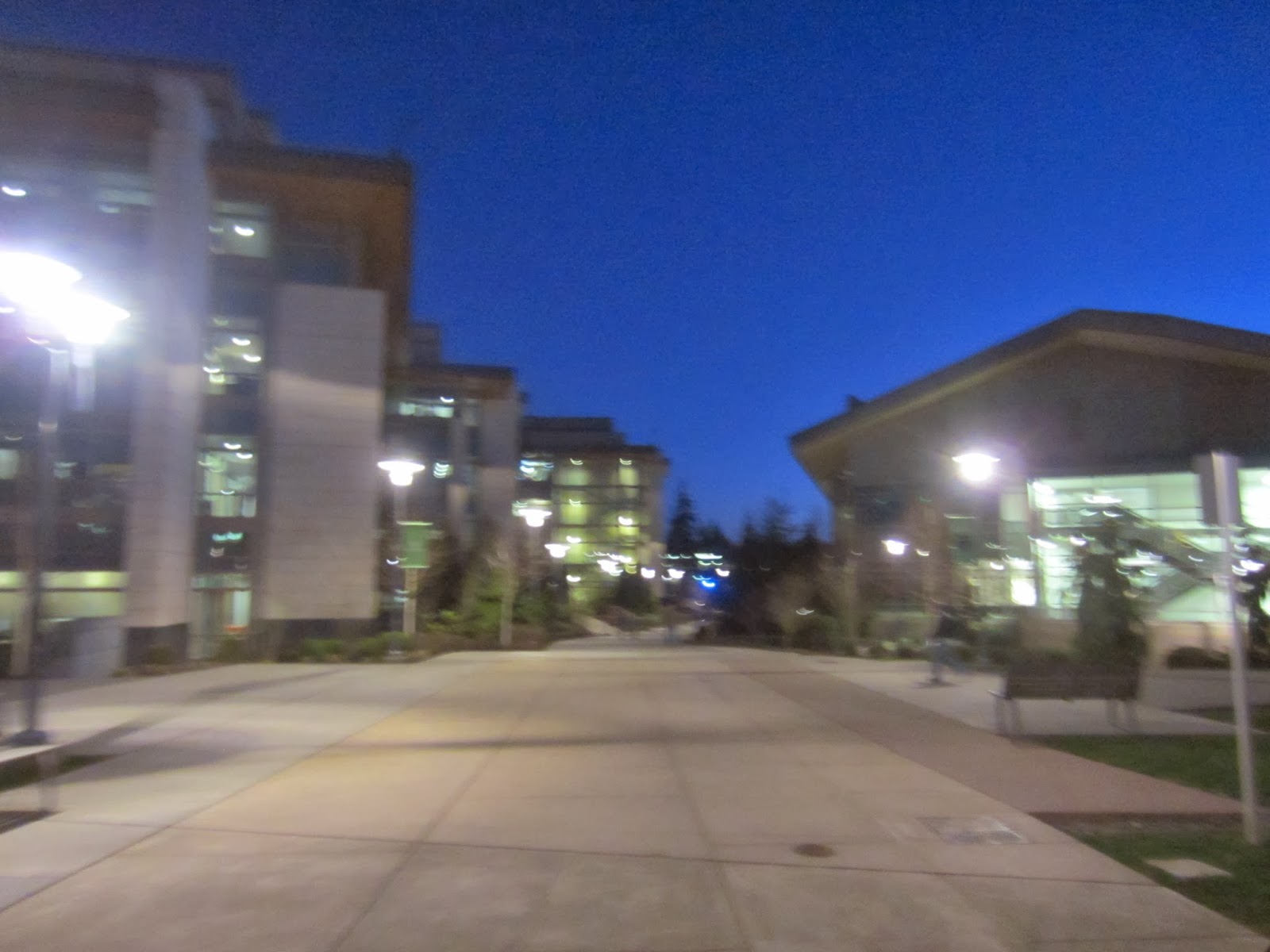 It is like stepping into the streets of a small city.

People were casually walking by in two's and three's.

Or singly and studiously walking deep in thought.

There was a hushed reverence in this place of world changing industry.

Some of the world's brightest minds.

A new generation of movers and shakers.

We visit the museum and take a peek inside the office..