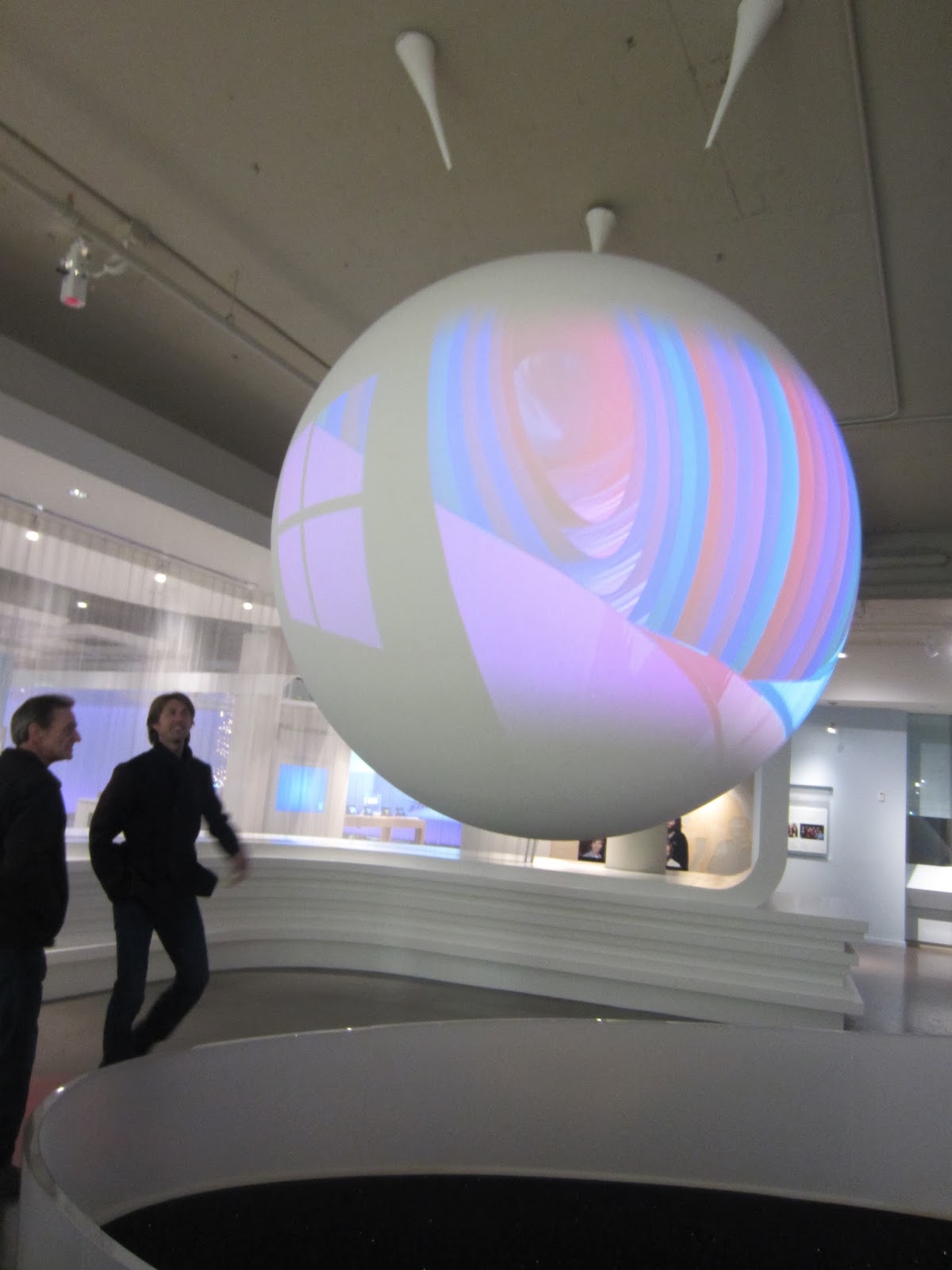 After leaving 'The Commons' on the Microsoft Campus,

we explore the Microsoft Museum.
Here we enter the lobby under a large globe screen. 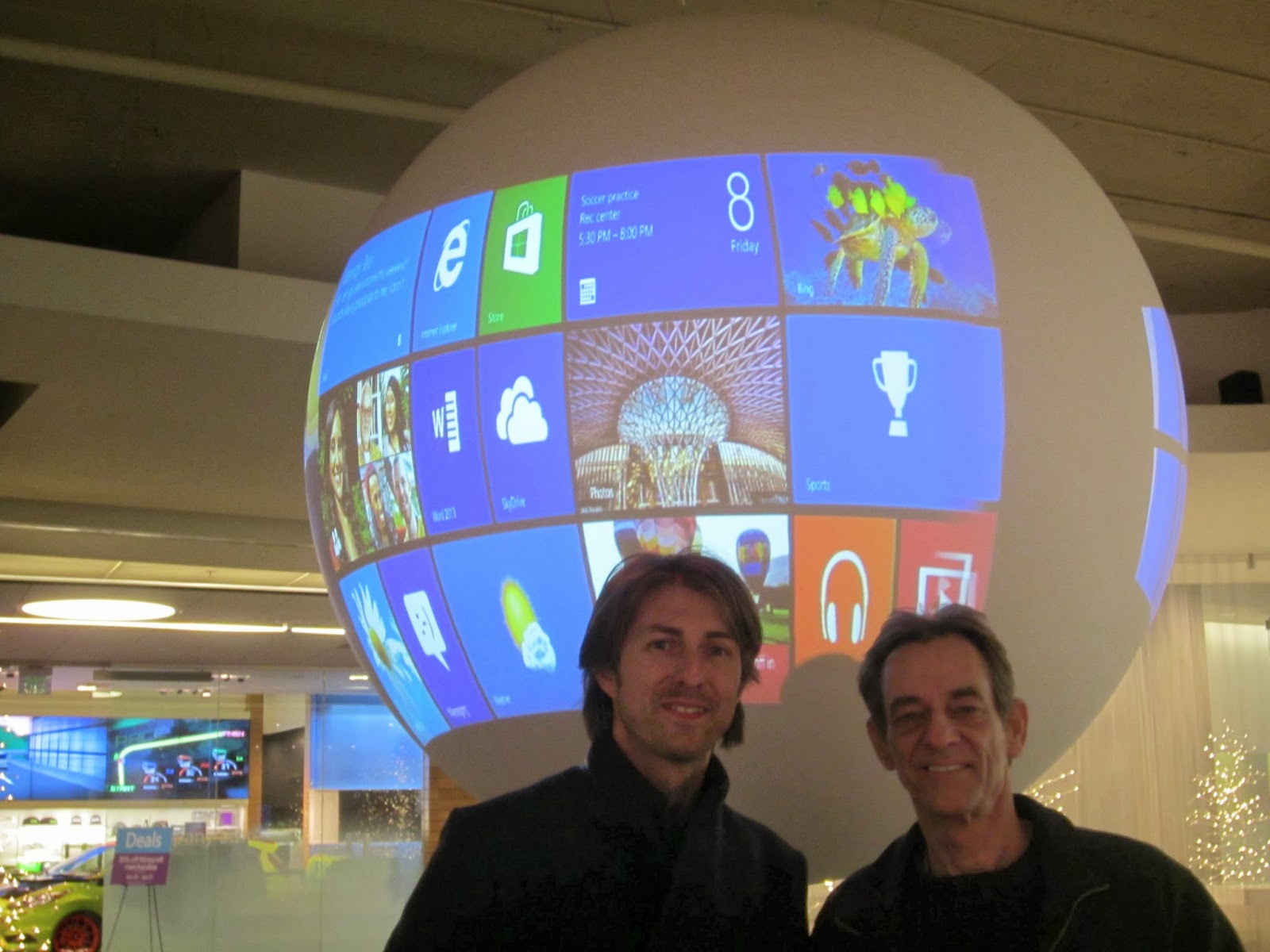 This globe screen would be wonderful for a large event or conference.

Images can be seen from all sides. 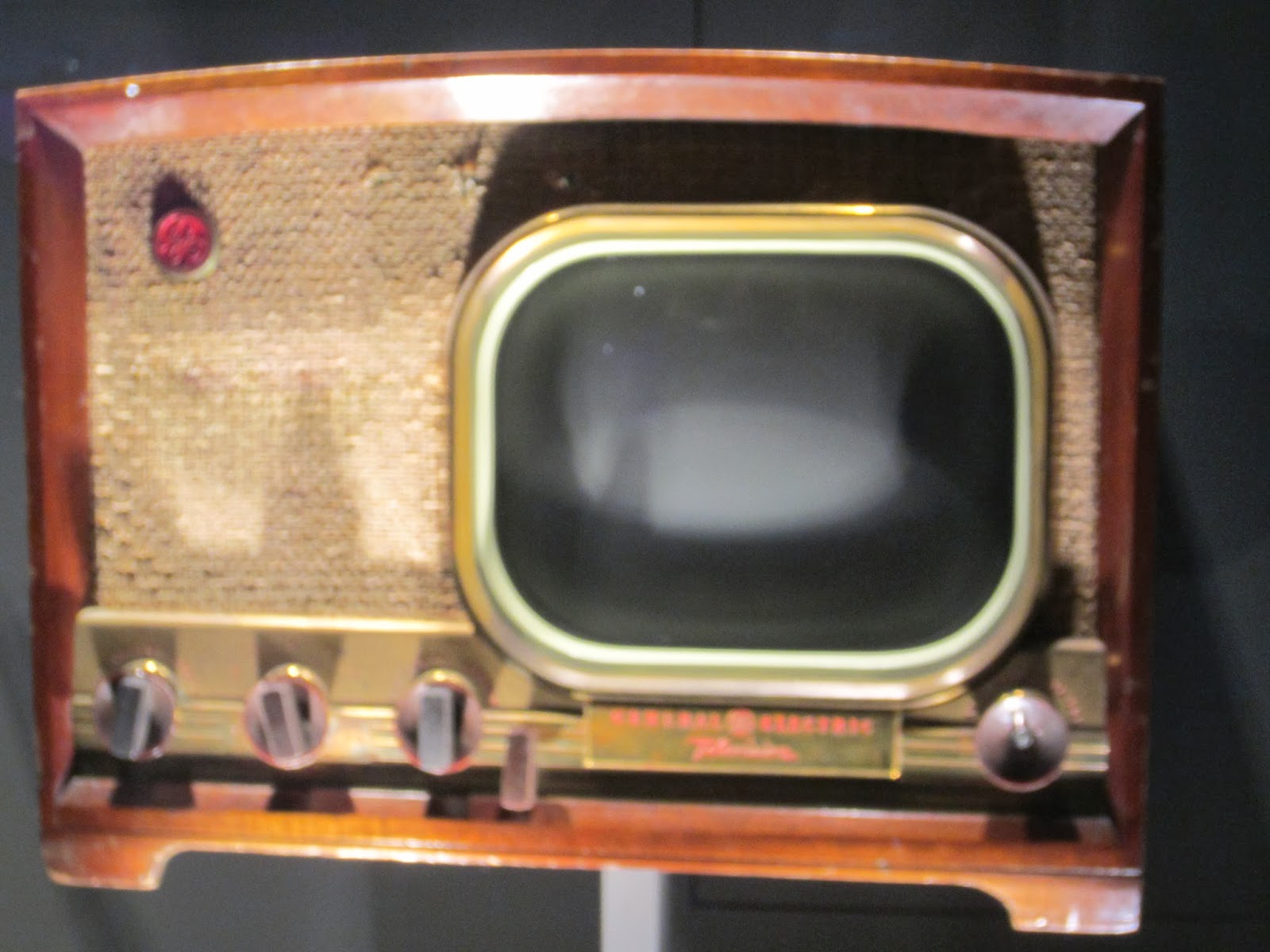 Screens have come a long way! 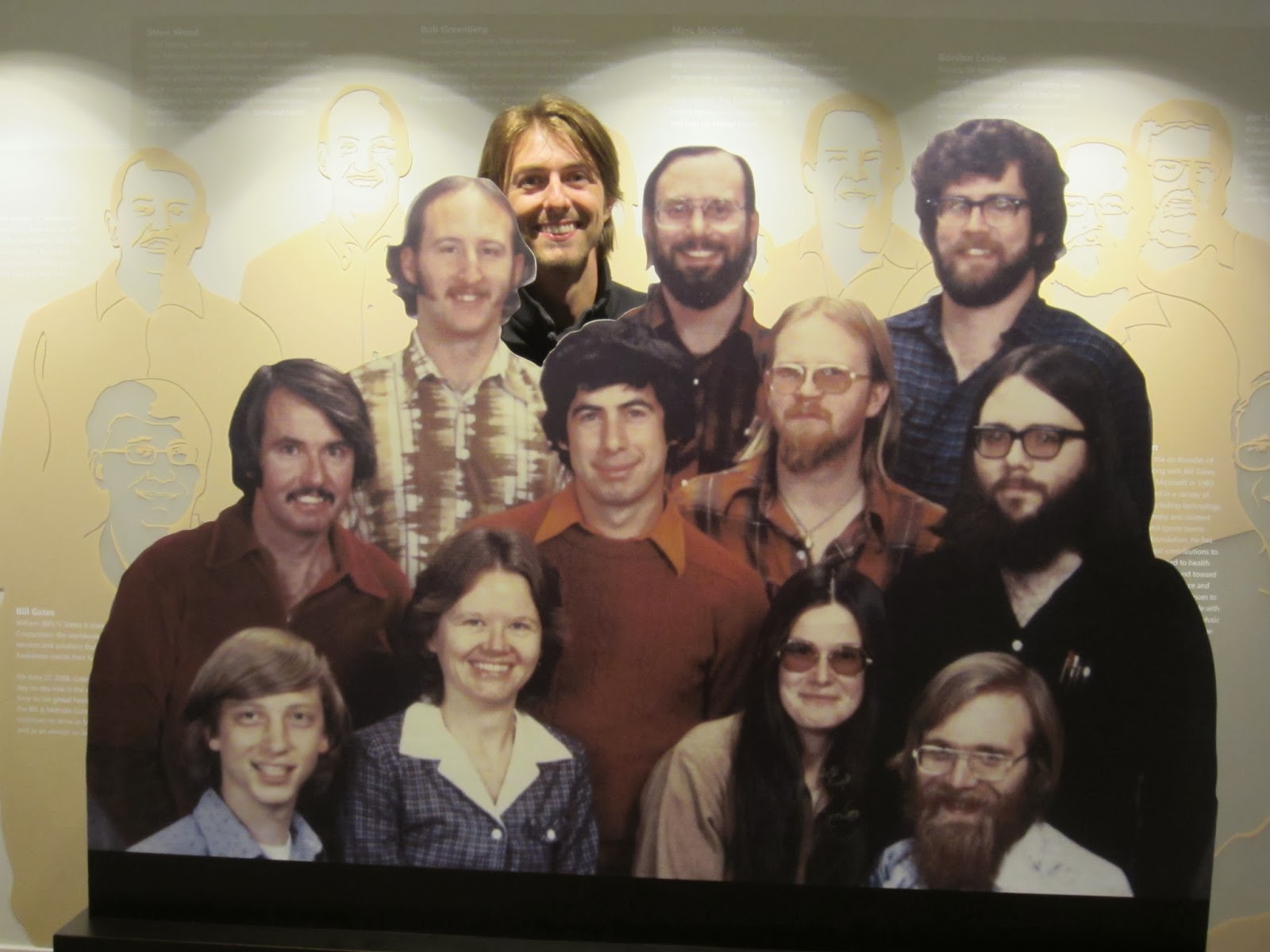 The founders of Microsoft.

I'll bet they never expected Microsoft would one day be
one of the most valuable companies in the world. 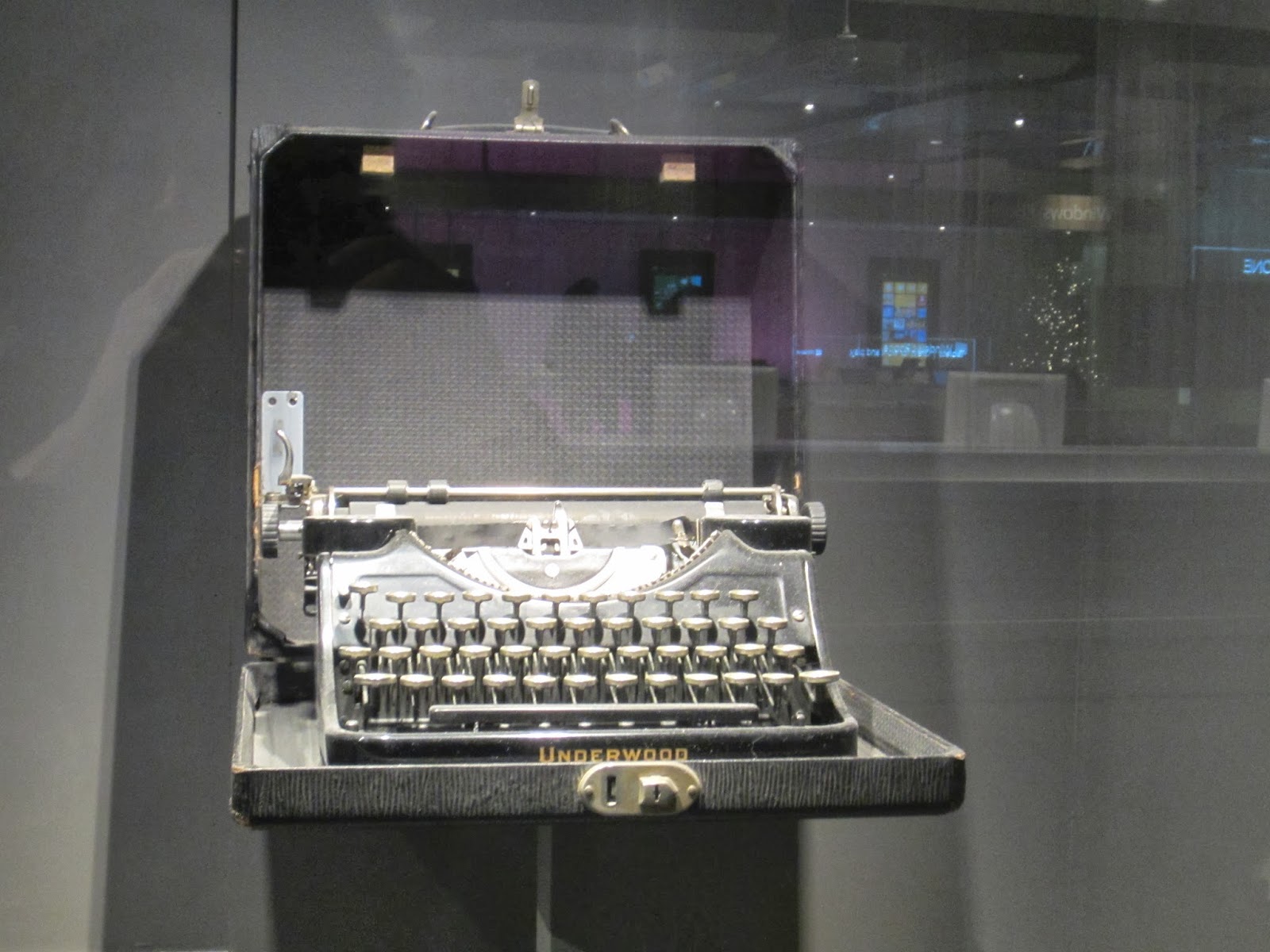 This is one of the reminders of how far the world has come, thanks to Microsoft. 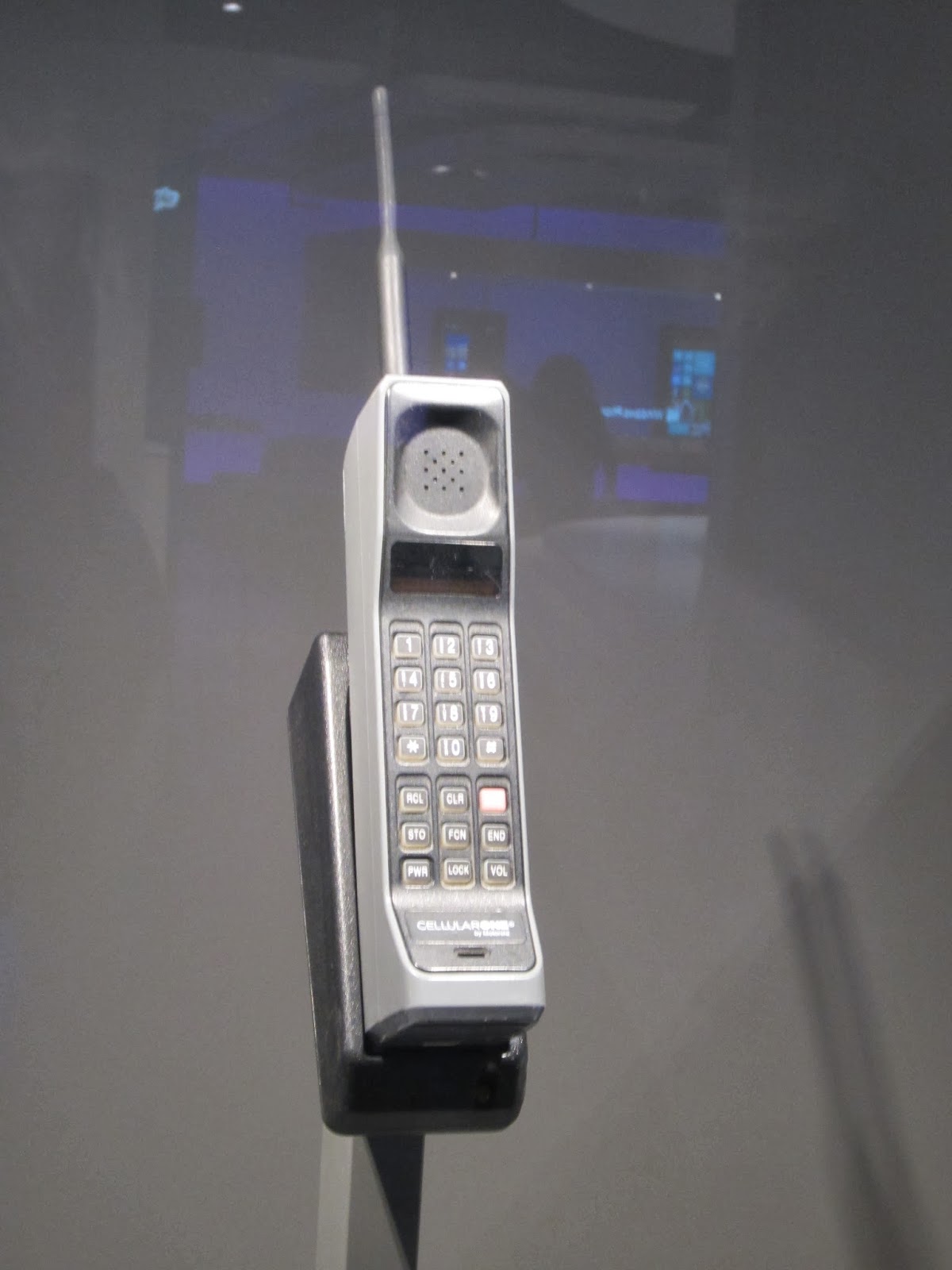 Do any of you remember these?
The first mobile phone!
I'm not too sure how 'mobile' it was, though! 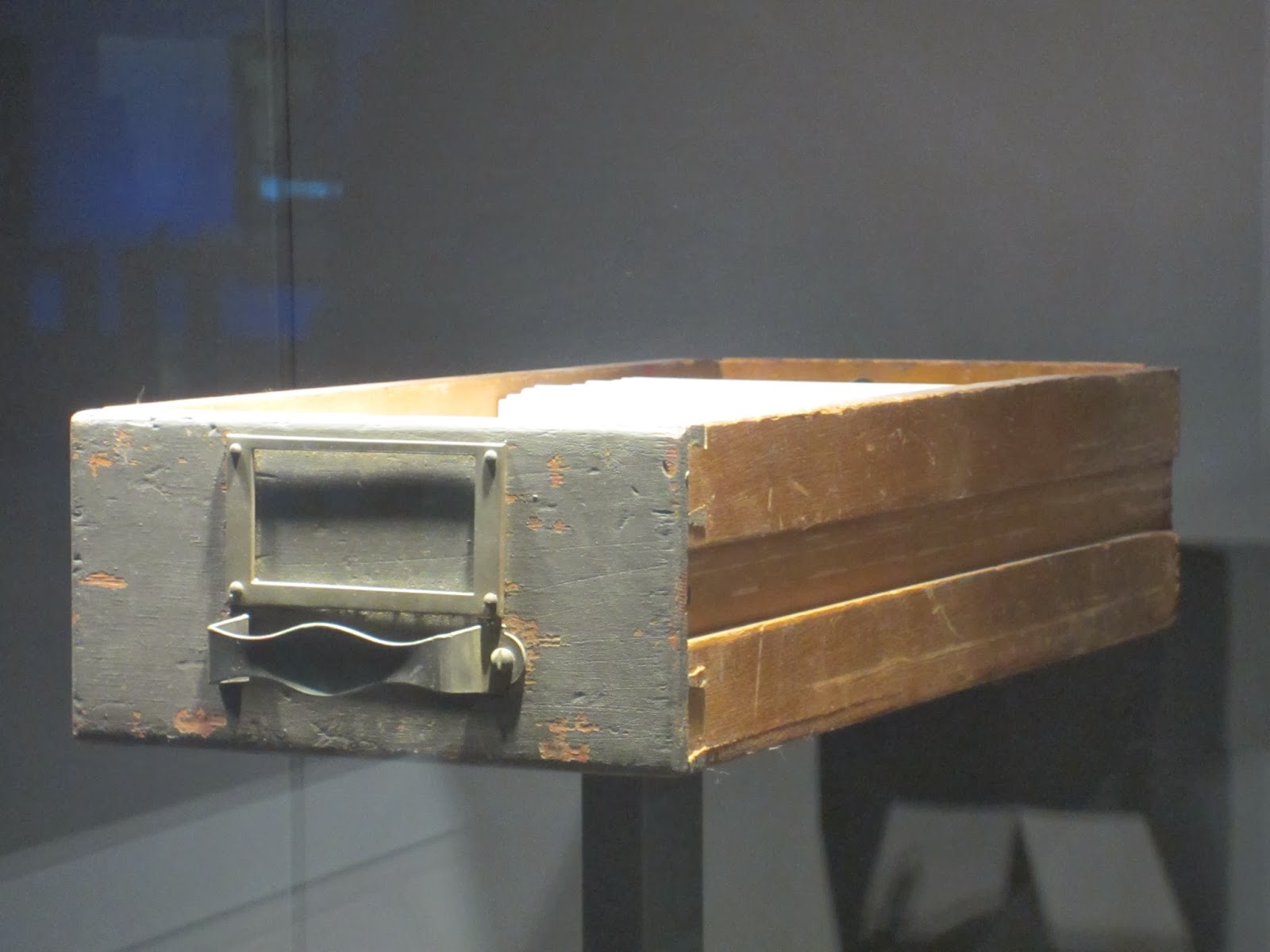 Remember the Dewey Decimal System? No longer, thanks to Microsoft.
Although it makes me a little nostalgic... 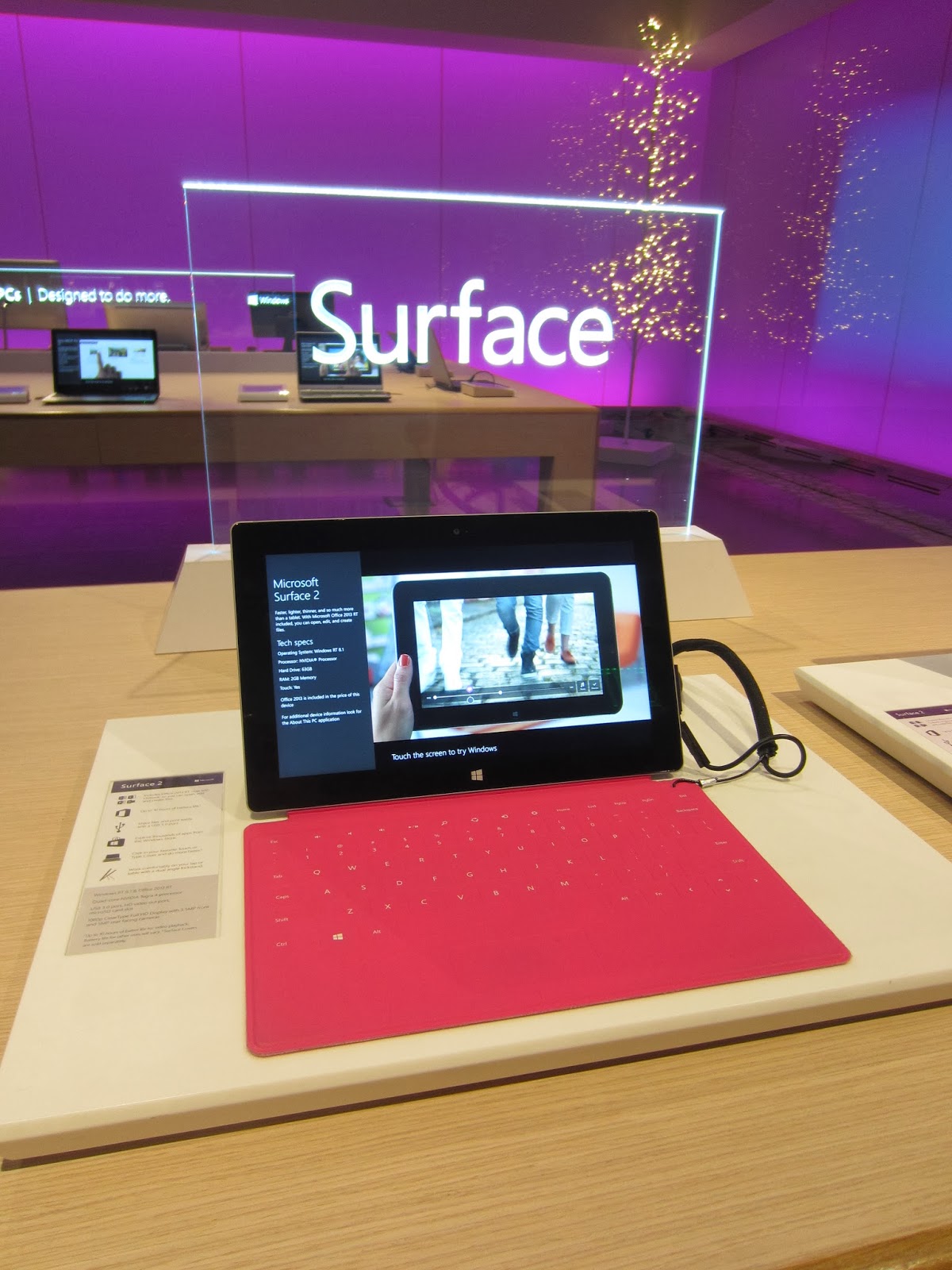 The museum had examples of all the devices Microsoft has developed.

In June 2012, Microsoft entered the personal computer production market for the 1st time, with the launch of the Microsoft Surface, a line of tablet computers that Gabe helped develop. 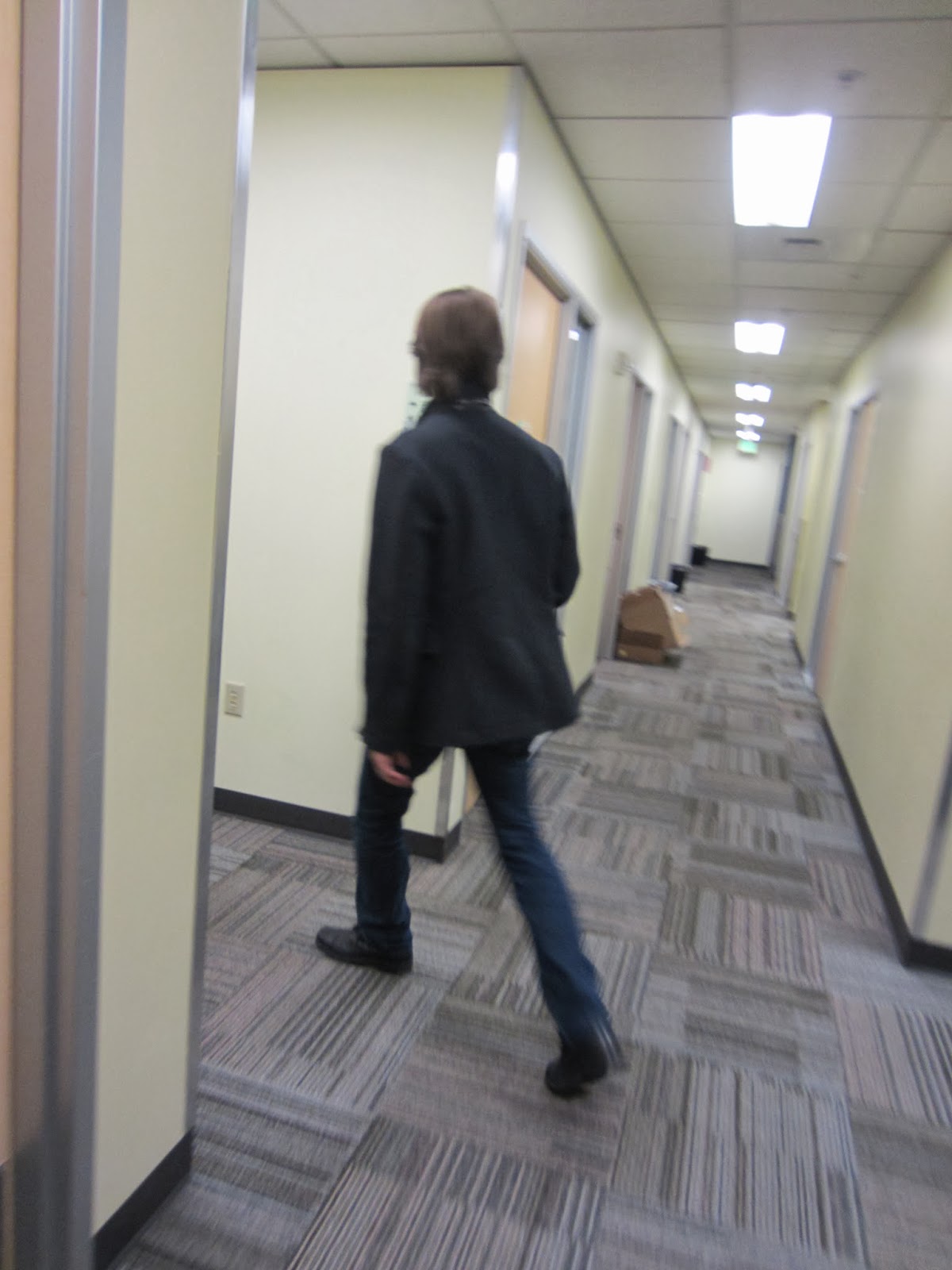 Let's follow Gabe as we check out his office. 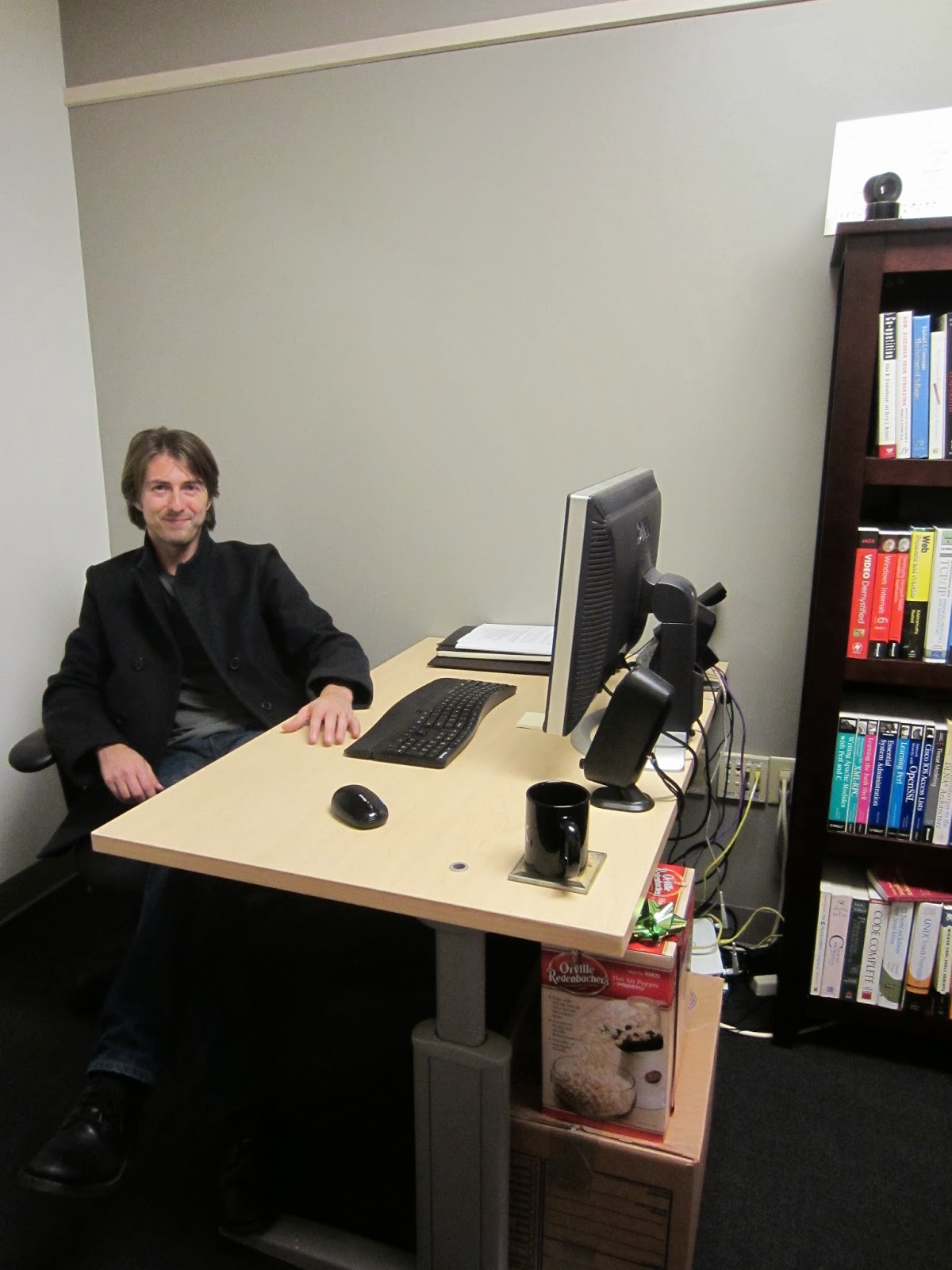 Here he is where he spends his days.
He just moved into this office and still has wires and boxes lying around. 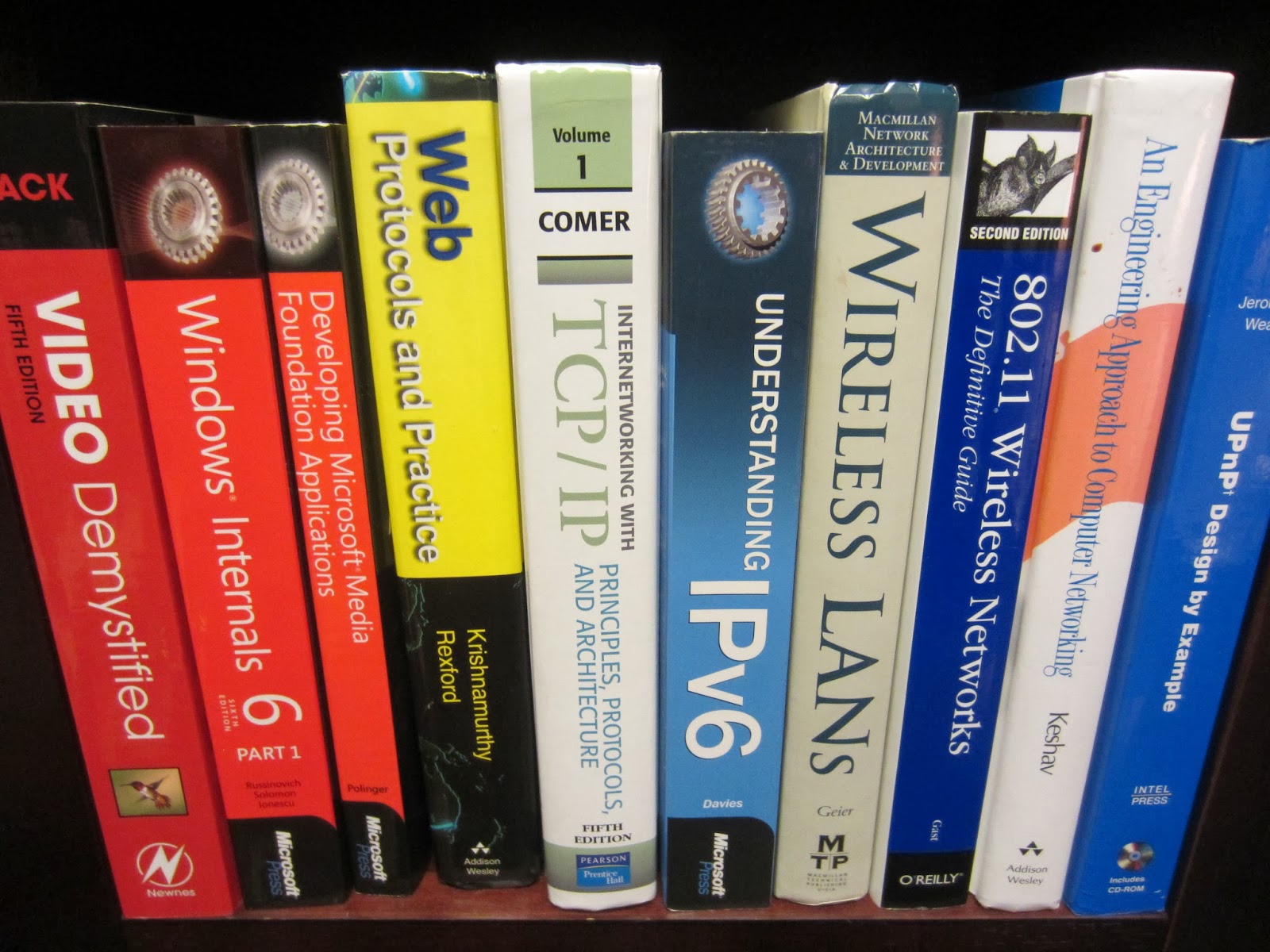 Need a good book to read? 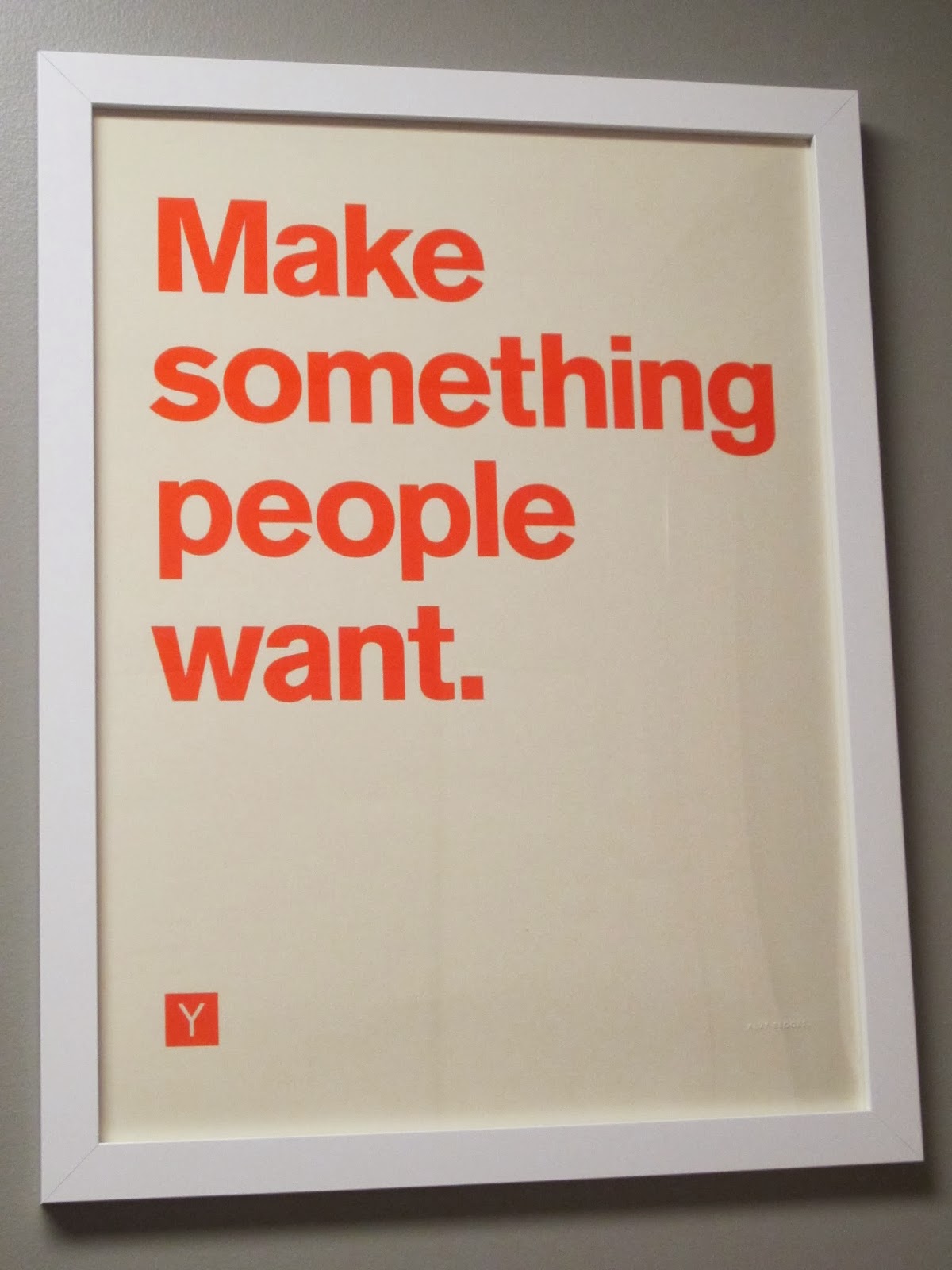 A reminder hanging on the wall. 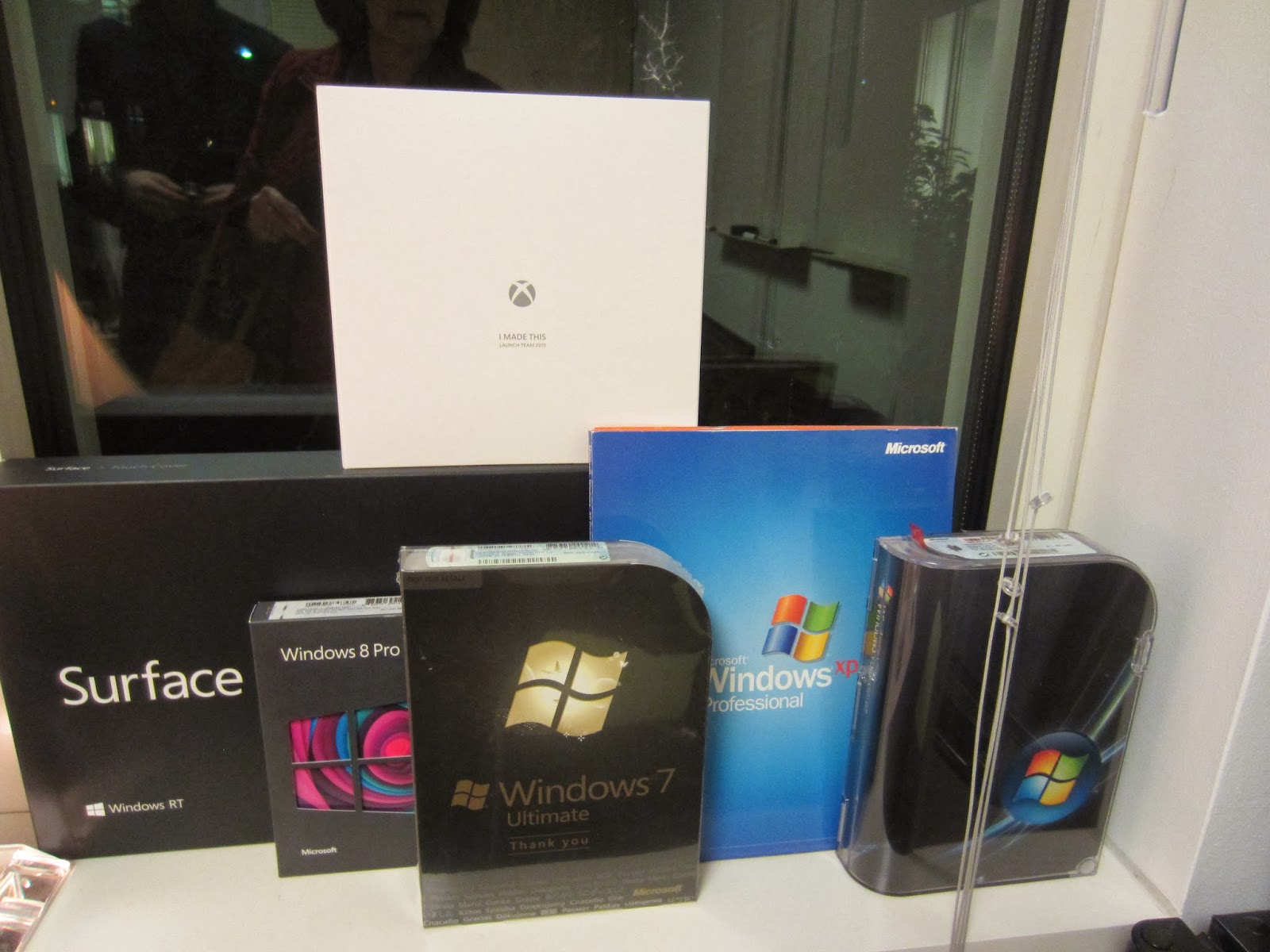 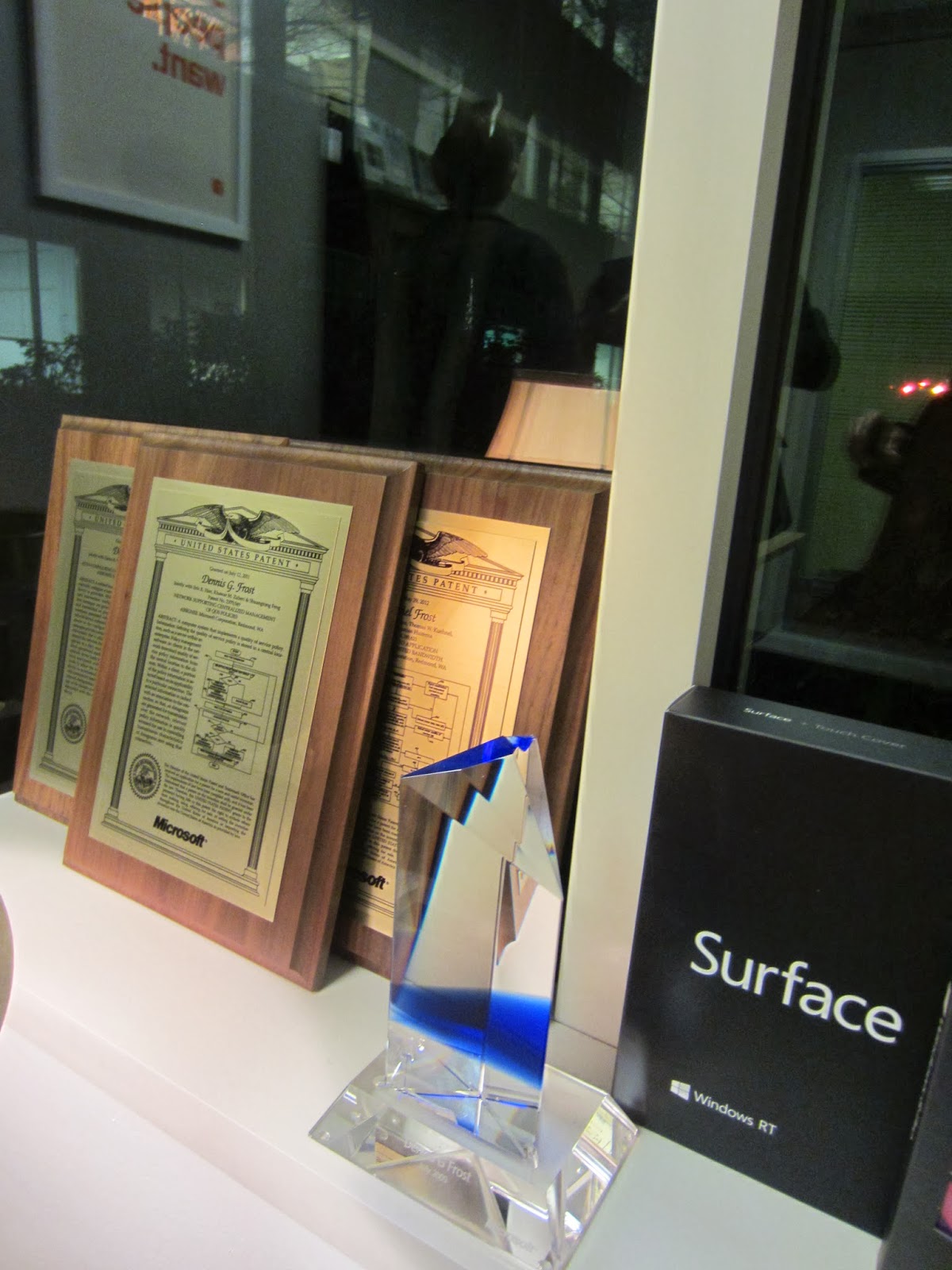 Patents in his name used for development. 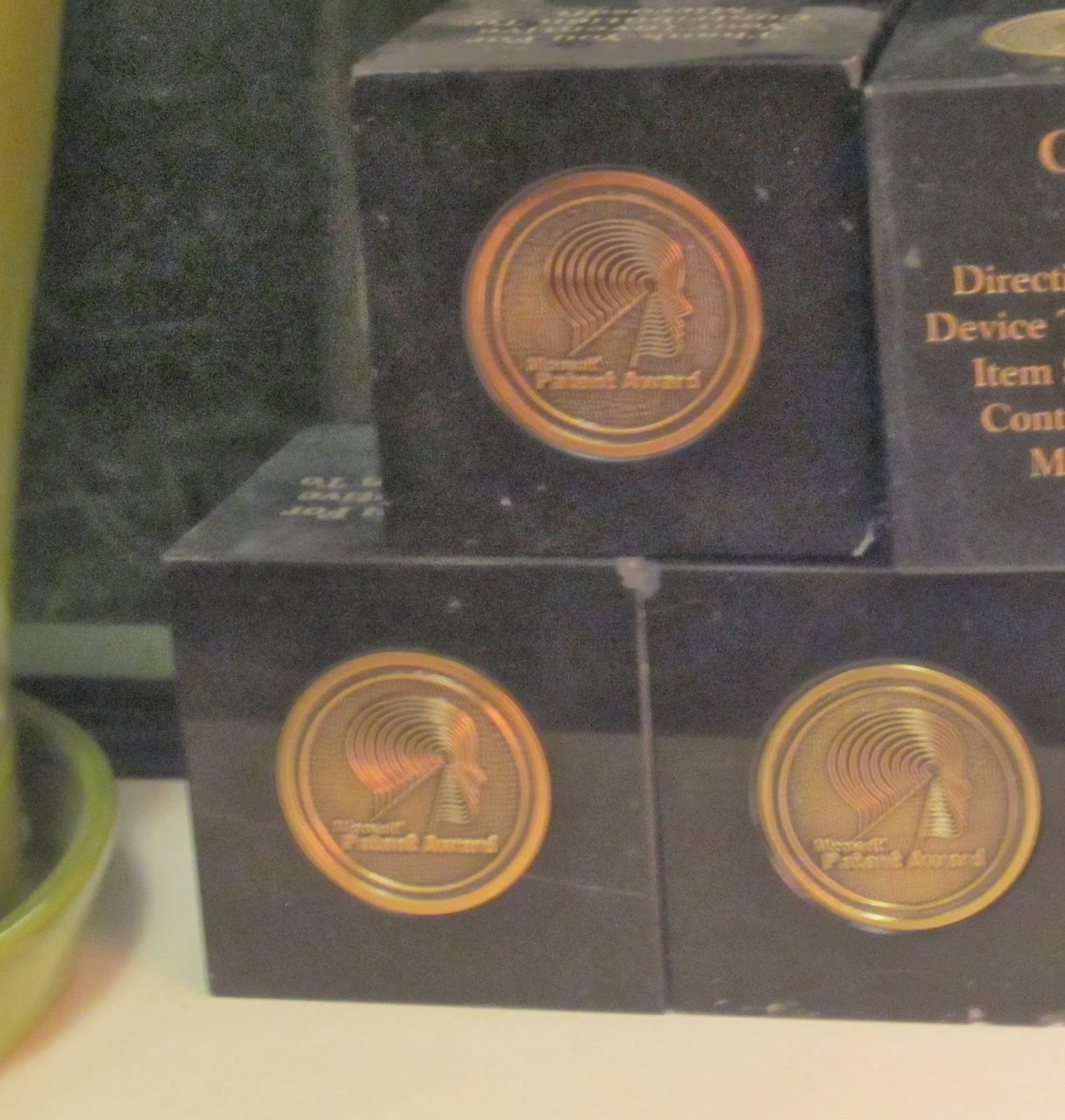 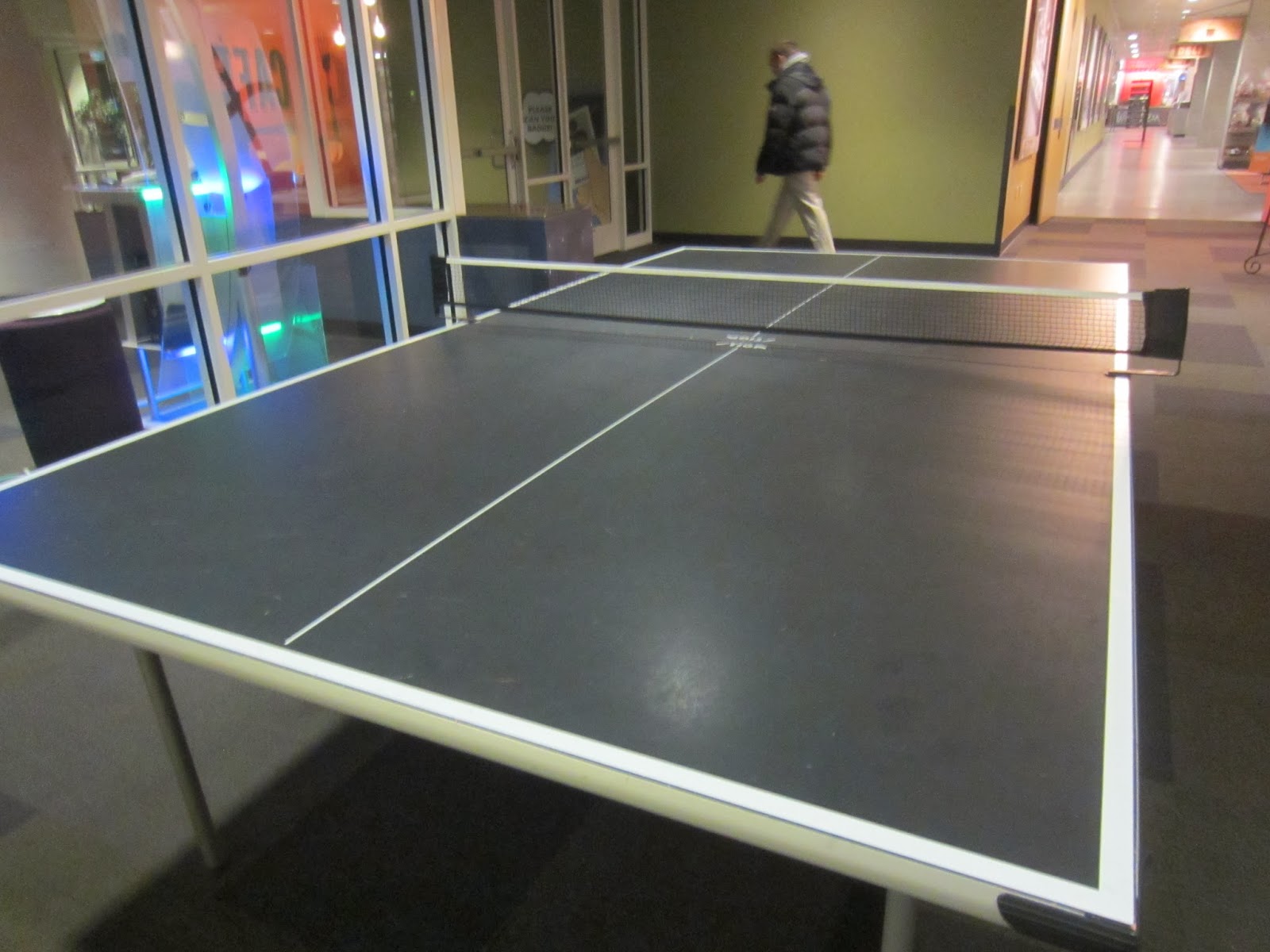 All of this intensity requires plenty of diversion.

Ping Pong tables, gymnasiums,
and stretching out in the many lounges inside and out,
is encouraged for short breaks. 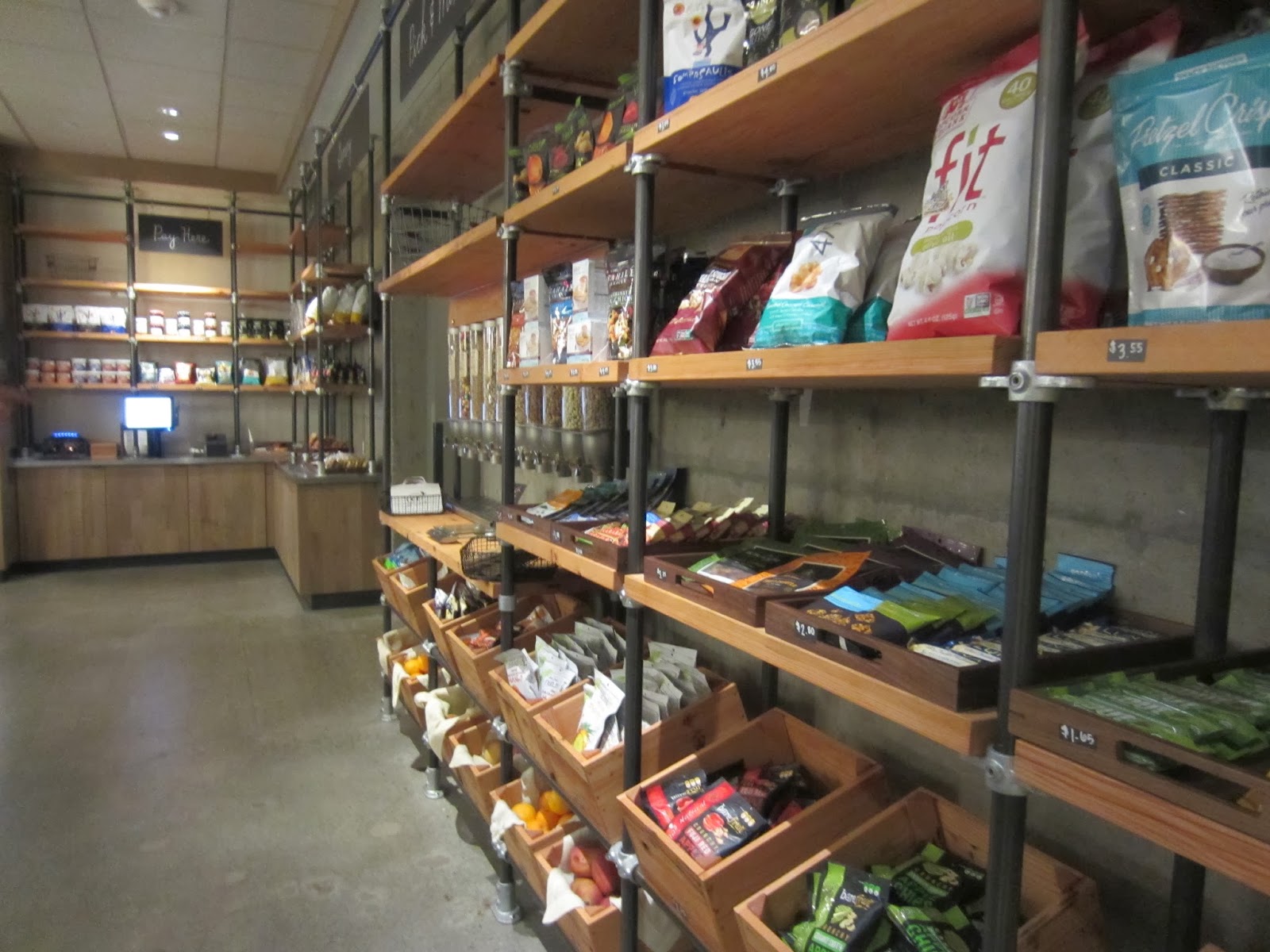 Or shop in the grocery store right in your building! 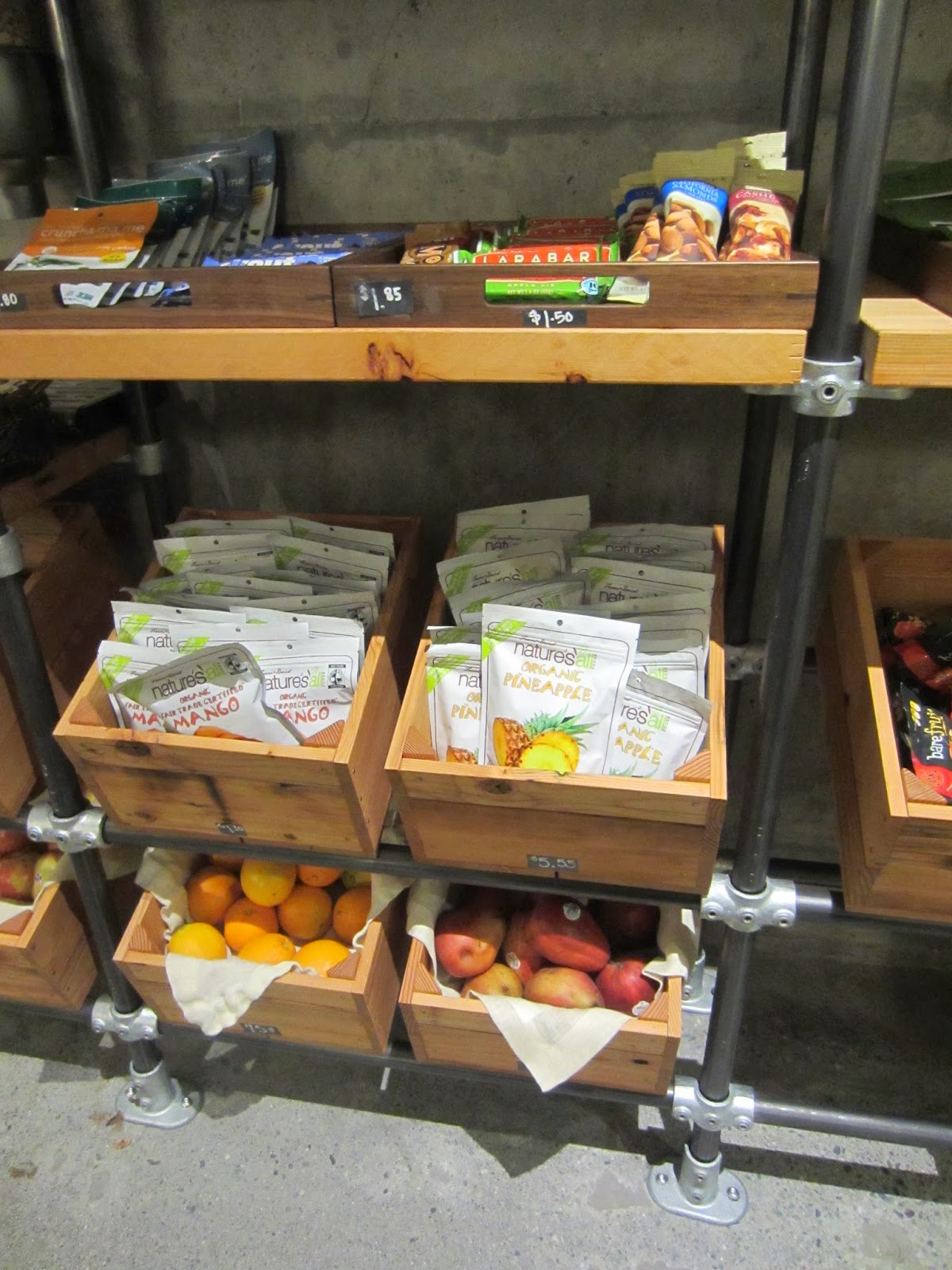 Creativity and intensive sessions at the computer require a zen-like atmosphere.

Convenience is conducive to keeping zen. 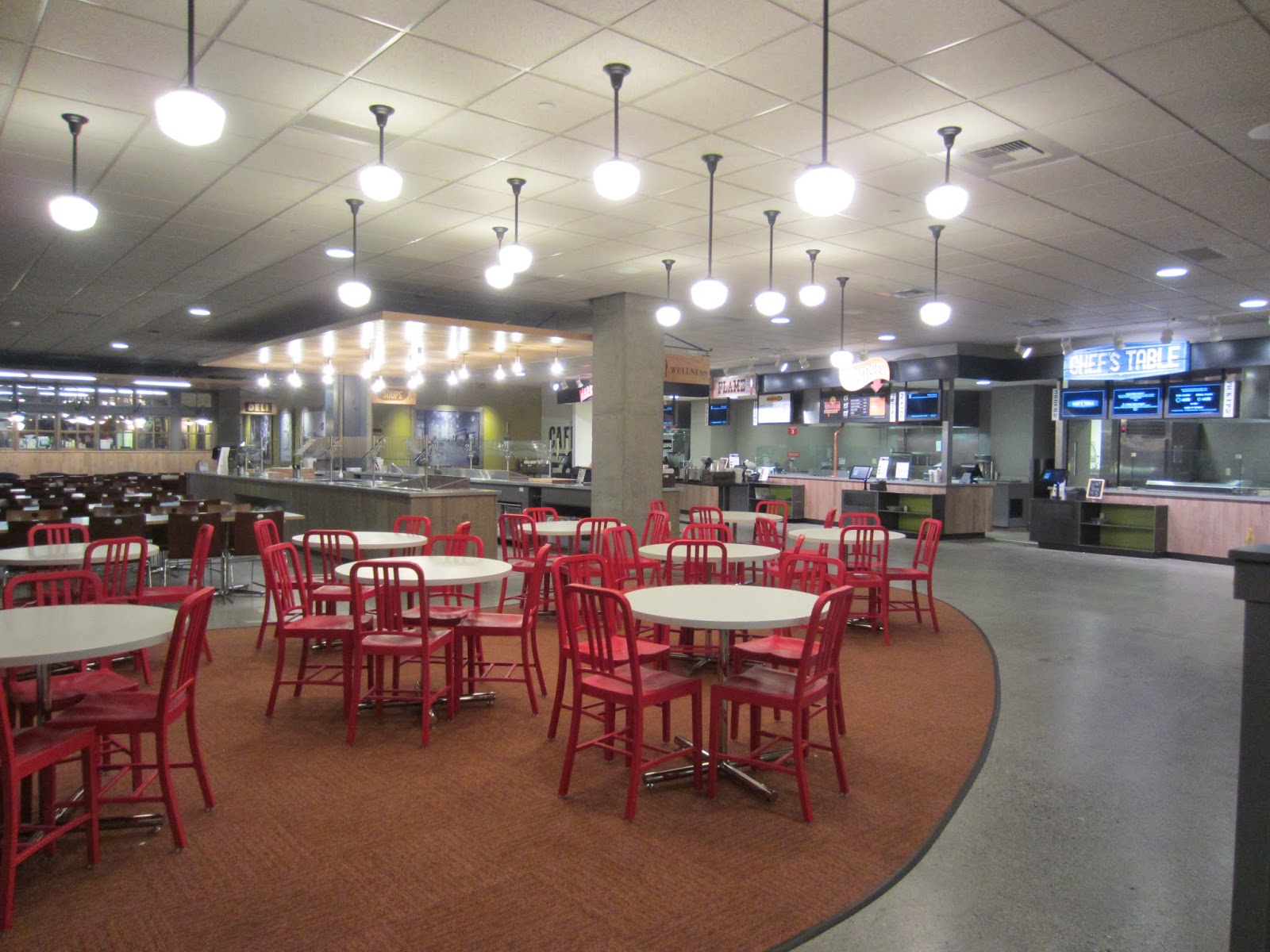 Like every building, this one has its own food court with several types of food offerings. 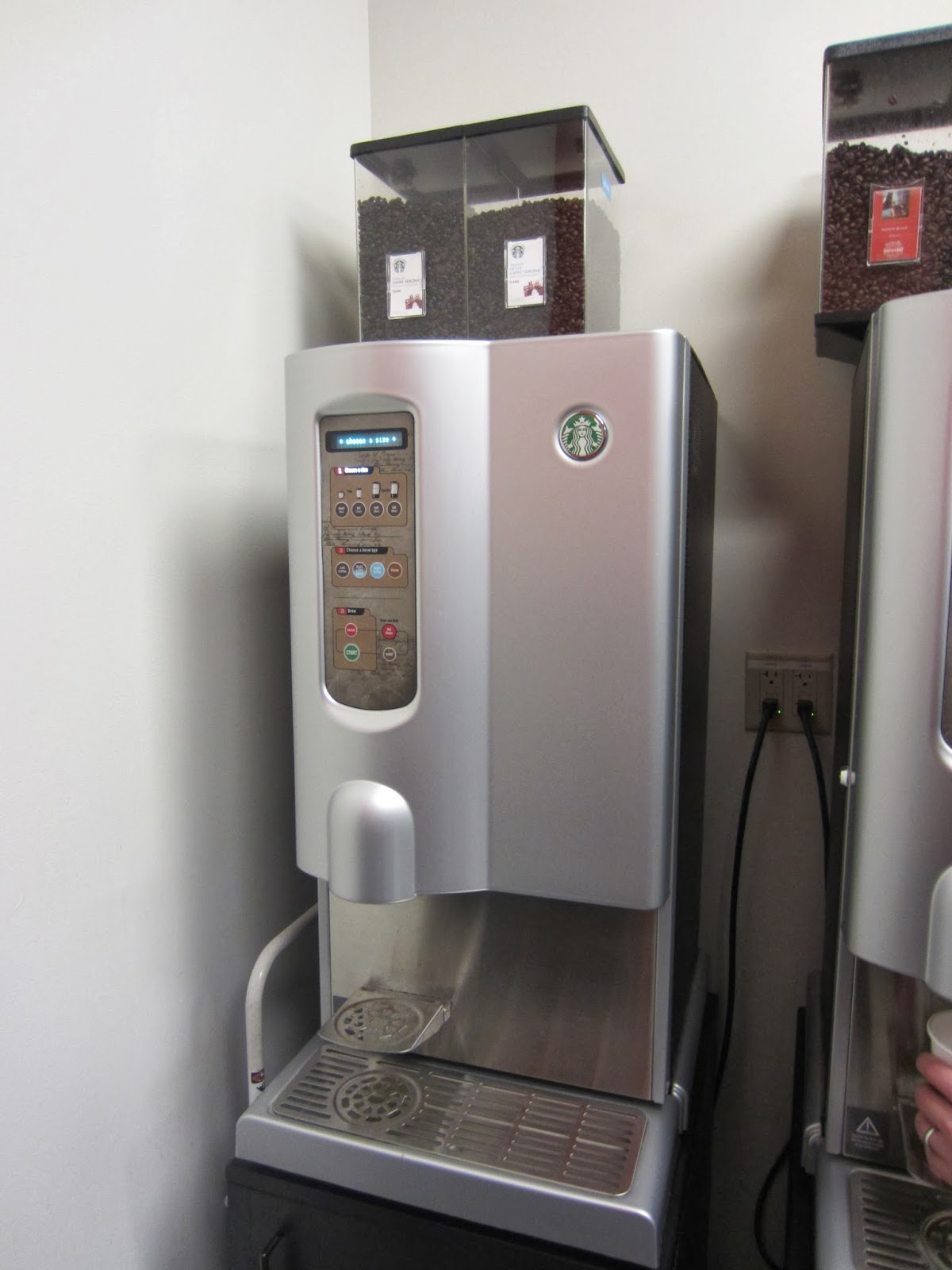 Of course the coffee machines in the break room are computerized, too! Latte' anyone? 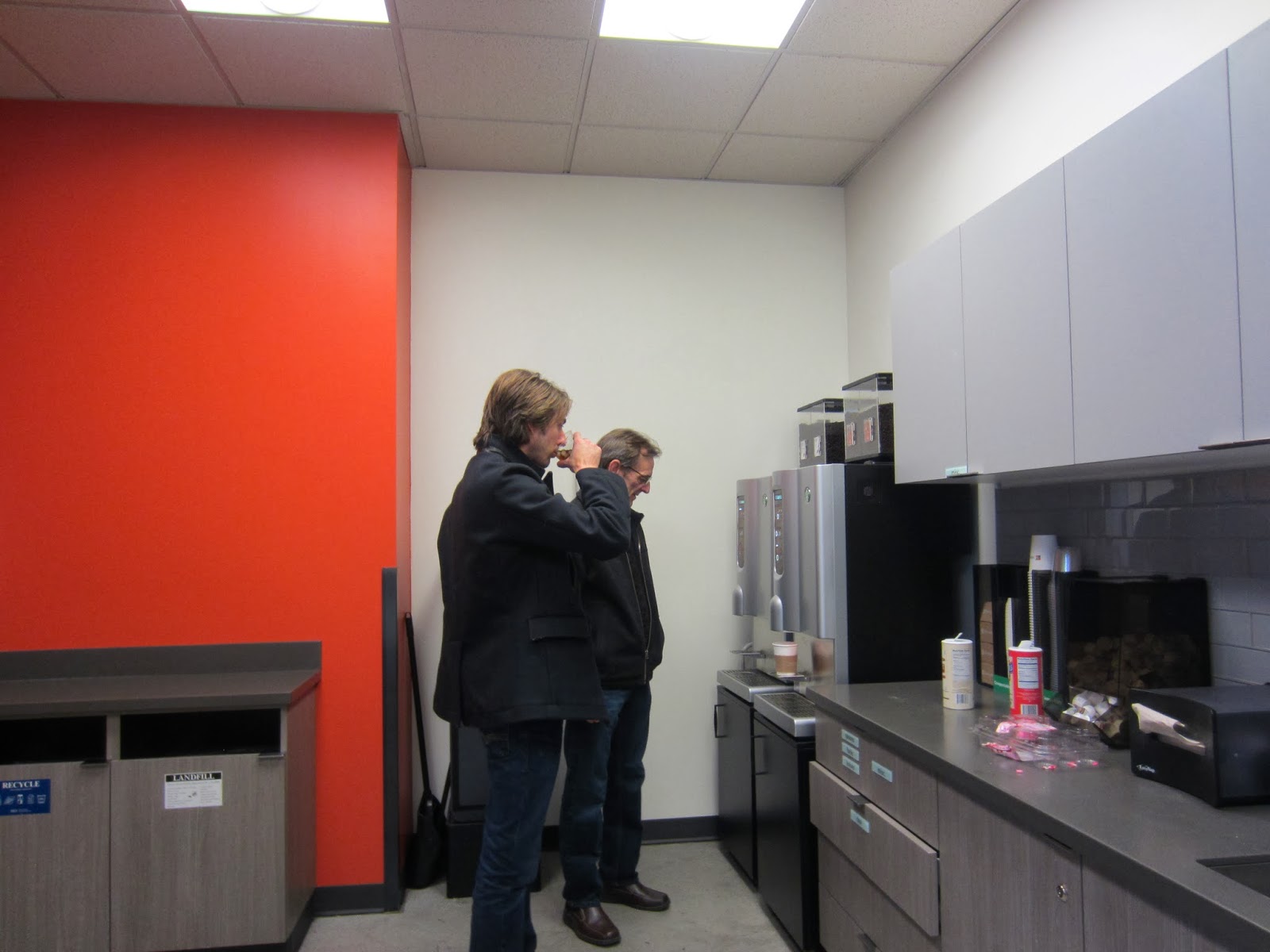 Father and Son help themselves. 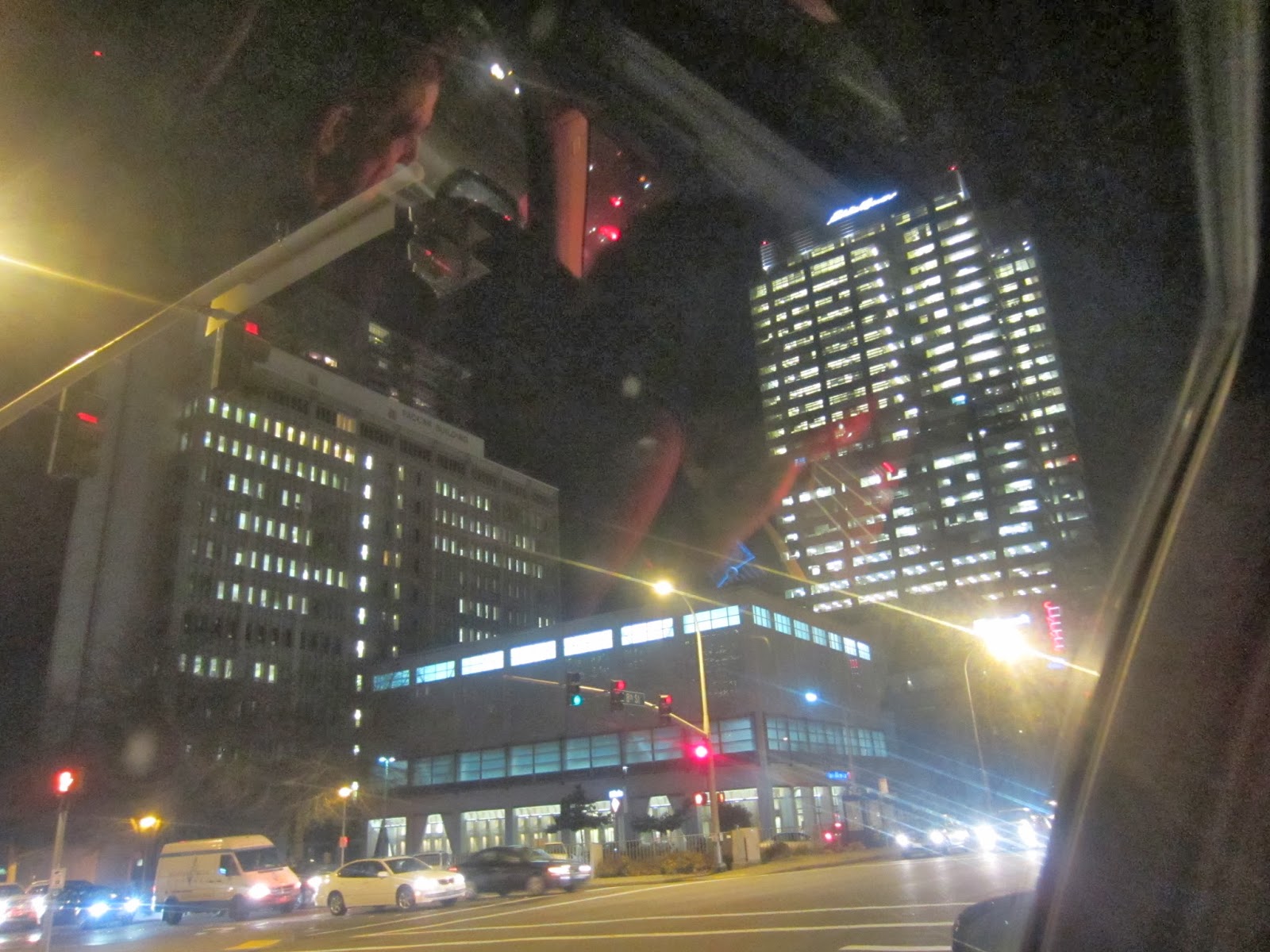 As we leave the Microsoft Campus
and head into the city for a birthday celebration with the rest of the family,
I reflect on this moment in time.

As a parent, you never know what the future holds.

So much goes into the process of raising a family,

and each child and circumstance is different.

The most we can ask is that our children are happy.

now that is pure happiness for me.

That is the most important thing.

It's all we, as parents can ask for.
xoxo


If you have a young person in your life who is interested in computers,
Microsoft is a wonderful place to work.

To plan a career at Microsoft, you will need a Computer Science degree or equivalent experience.

"A hundred years from now it will not matter what my bank account was, the sort of house I lived in, or the kind of car I drove...but the world may be different because I was important in the life of a child."