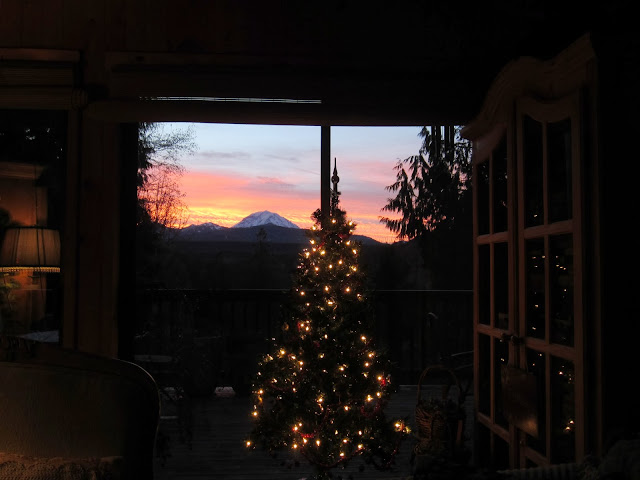 I recently woke up extra early to spend the day Christmas shopping with my eldest daughter, Heather. 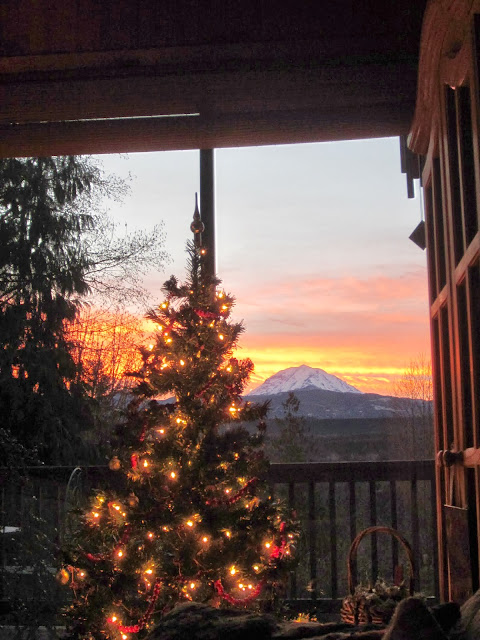 I was so glad that I woke up early so I could see the beautiful winter sunrise.

The plan was to meet at my daughter's home so I could see her Christmas tree and decorations. 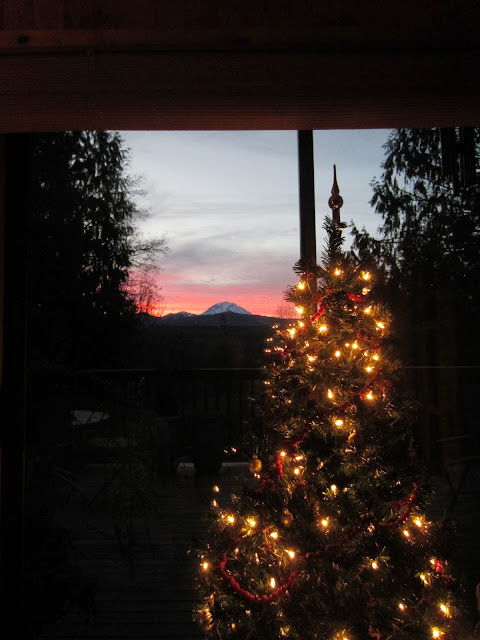 It is the 5th largest producer of Christmas trees in the nation.

32 out of 39 counties have a Christmas tree harvest
and import primarily to  Hawaii, California, Mexico, and Asia.
**
As I drove through the forests and farmlands on my way to her home, 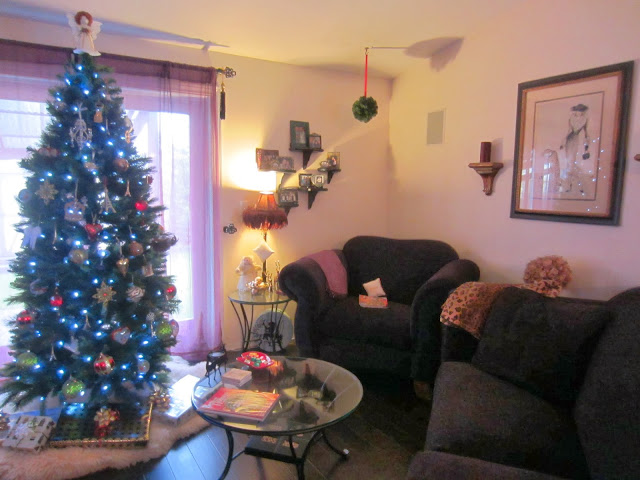 Arriving at my destination, Christmas lights decorating their lovely home, I was ushered inside to warm coffee, homemade muffins (healthy - with fruit and nuts), and my daughter's beautiful smile.

Can you ever spend enough time with loved ones?

Her tree was decorated so beautifully. 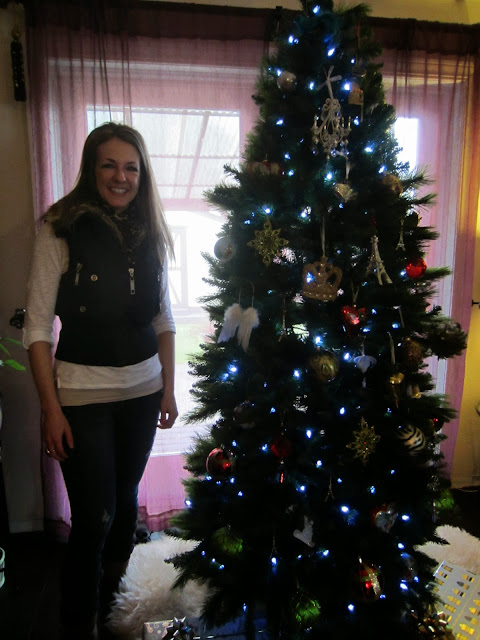 Here she is, ready for our busy day!
**
It was Queen Charlotte, the German wife of King George 111, that introduced a Christmas tree at Windsor Castle in 1800.
However, it was Prince Albert, Queen Victoria's German husband, who did the most to popularize the custom in the middle of that century.
He gave decorated trees to English schools and army barracks, and in 1848 the Illustrated London News printed an engraving of Victoria and Albert and their children standing by a tree.
Two years later in the United States, Godey's Lady's Book published a similar engraving. On both sides of the Atlantic fond parents were quick to copy the royal example. 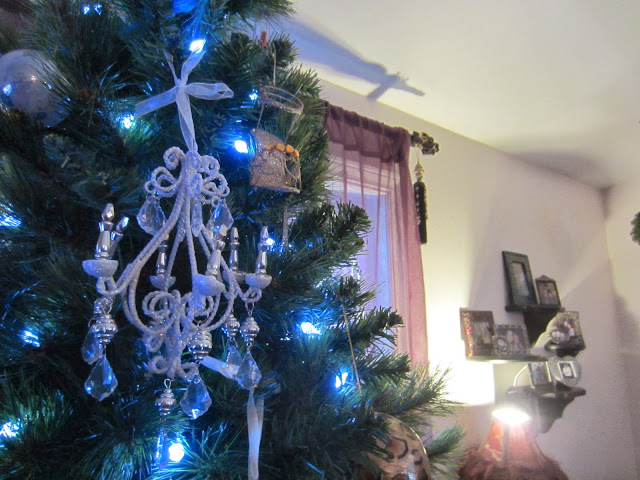 A 16th century religious reformer, Martin Luther inspired the lighting of candles on Christmas trees. It was said that on a Christmas Eve as he was walking home, the stars in the night sky inspired him to put candles on the tree as a reminder that the Christ Child is the light of the world.

Over 300 years later, C.A. Schwerdgeburth painted a picture showing Luther and his family with a candlelit tree. The painting was widely reproduced, and the tree was widely imitated.

To give even more splendor to a candlelit tree, shiny ornaments from tin were added which reflected and multiplied the candle's glow. Tin ornaments were produced in great quantities from about 1870-1900. 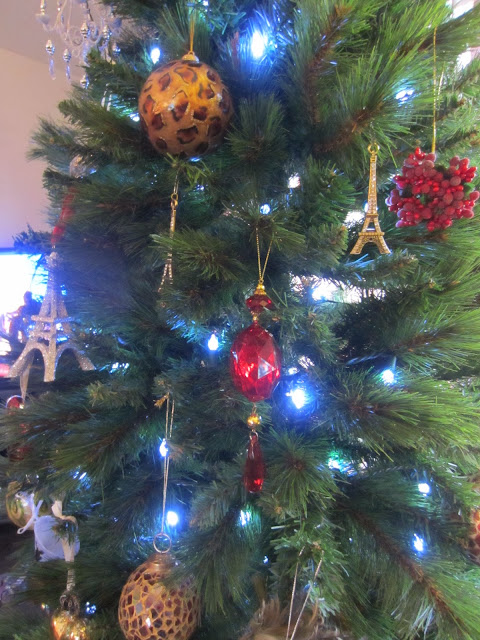 At about the same time, even more fanciful shapes were created in the German city of Dresden, made of gold and silver embossed cardboard. These 3-dimensional ornaments were particularly detailed and treasured, even today. 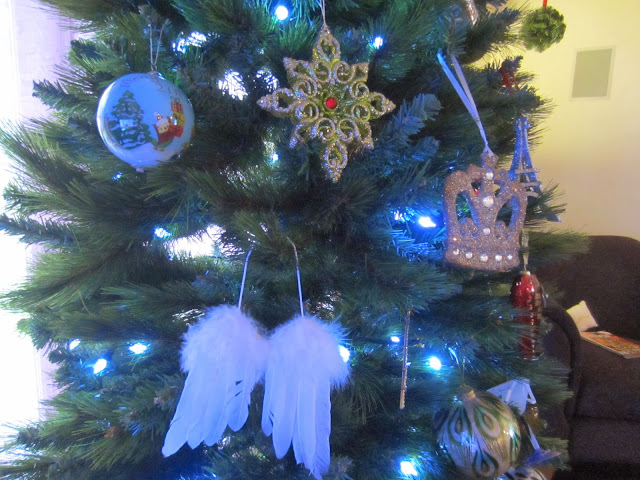 But nothing achieved the lasting popularity of those made from blown glass. Glass ornaments, silvered on the inside, were the specialty of the German village of Lauscha. Made by swirling a solution of silver nitrate around the inside of hand blown glass bubbles, they became very popular in Germany and soon in other countries as well.
Eventually the village had to work year round to supply the demand for these beautiful ornaments. 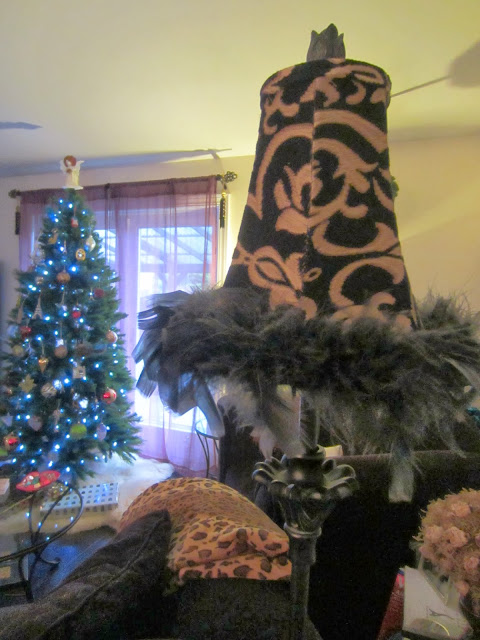 It wasn't until 1879 that the first electric lights were used on a Christmas tree, only 3 years after Thomas Edison invented the light bulb. Edward Johnson, vice president of the Edison Electric Company had a custom-made string of eighty little colored bulbs on the tree in his New York City mansion. Soon electric lights became popular, but only in the homes of the wealthy, as the comparative cost would be about $2000 today.

By 1903, Ever-ready and General Electric collaborated to produce ready-made strings of 28 lights, but they still cost $12, more than an average man's weekly salary and when one bulb burned out, the whole string went dark.

It wasn't until 1927 that General Electric developed lights without this problem. But the bulbs were large and still a fire hazard.

Not until the 1960's did the lighting industry come up with tiny lights that stayed lit even when one bulb burned out. 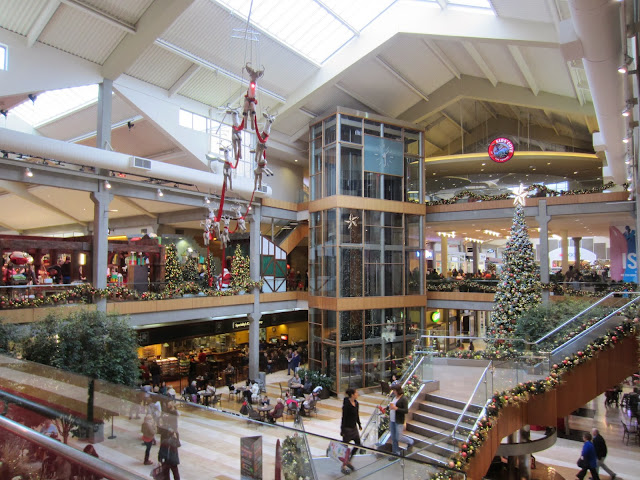 And now, today, we are blessed to have a magical, glowing, starlit Christmas.
***
Here we are at Bellevue Square, our favorite shopping destination, in Bellevue, Washington. 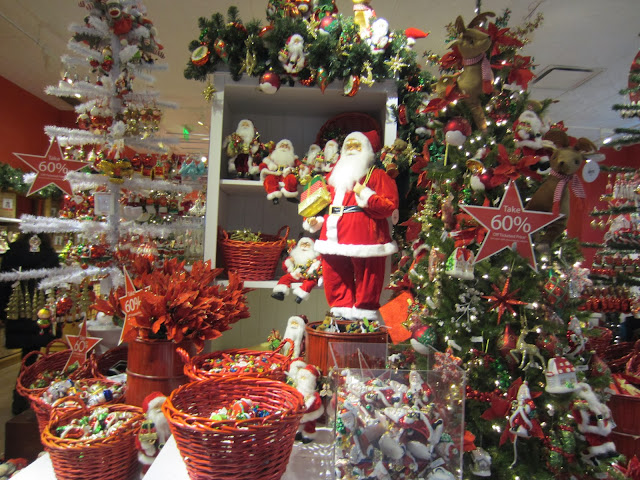 Where entire shops are devoted to decorating the Christmas tree!

I did succumb to two lovely additions, which I will show you in a future post. 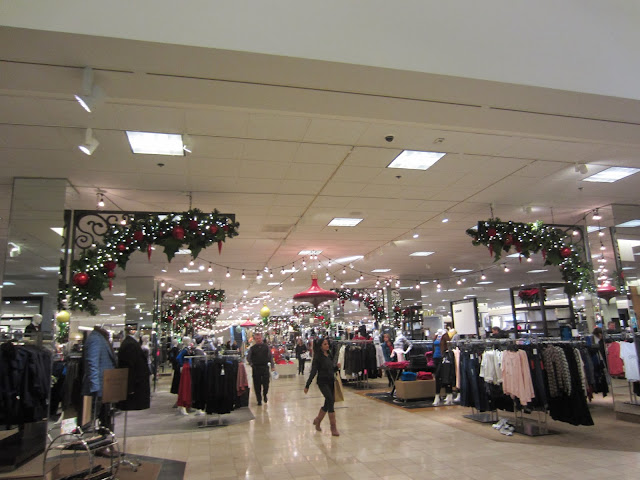 We had a lovely time together, eating a delicous lunch at the Nordstrom Grille and shopping till we dropped. 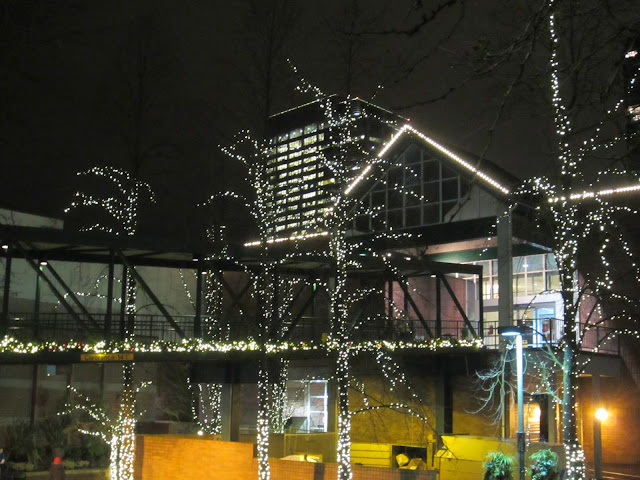 Satisfied that we completed our shopping, we reluctantly leave the festive atmosphere,

taking one last glimpse behind us as we walk the sky bridge to our waiting car, loaded down with packages for those special loved ones in our lives. 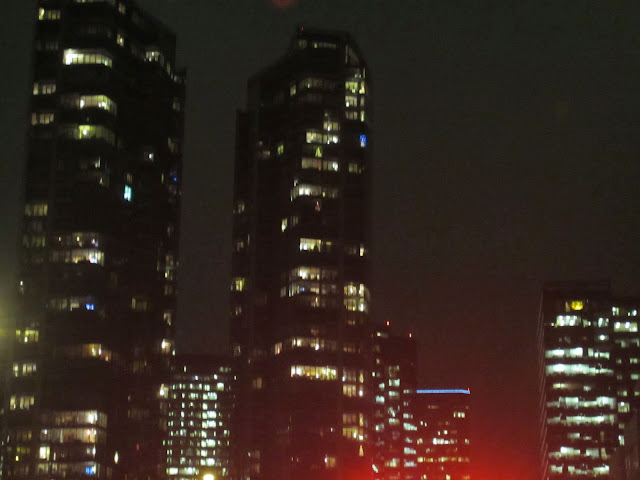 We say goodbye to the glittering city as we make our way home to our quiet countryside.

Can you see the Christmas trees in the city windows?

No matter where we live the world over, we share this special time of year in celebration

for many reasons and in many ways.

Embracing love and compassion for our fellow mankind,

and bringing the stars of the night sky down to earth

as a reminder of the reason for the season.

A little child,
a shining star,
a stable rude,
the door ajar.
Yet in that place
so crude, forlorn,
The Hope of all the
world was born.

Email ThisBlogThis!Share to TwitterShare to FacebookShare to Pinterest
Labels: Christmas